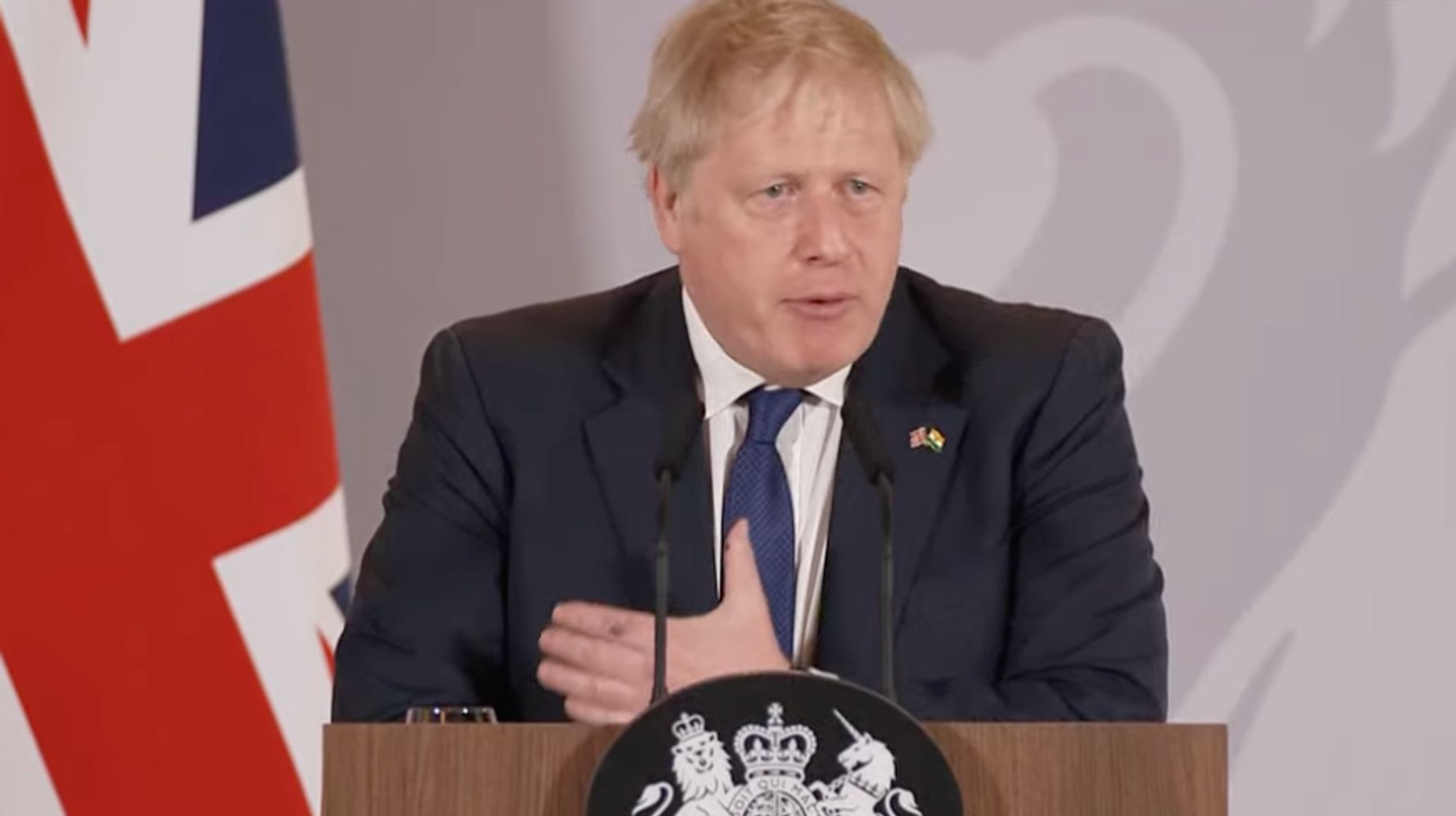 Boris Johnson has rejected calls for him to quit over the partygate scandal by insisting he will be prime minister for the foreseeable future.

Asked on an official visit to India if he would still be in Number 10 when the Hindu festival of Diwali takes place on October 24, the PM replied: “The answer is yes.”

Johnson then repeatedly sidestepped further questions on the row, which has been reignited after MPs voted for parliament’s privileges committee to launch an investigation into whether the prime minister misled parliament.

He said he had had “a pretty good kick of the cat” on partygate when interviewed by Sky’s Beth Rigby yesterday, adding: “Not that I’m in favour of kicking cats, for the avoidance of all doubt

On a day of chaos, the government performed a last-minute U-turn by ditching a bid to kick a decision on the inquiry into the long grass.

He also faced fresh calls to resign, with senior Tory MP Steve Baker telling him: “The gig’s up.”

Johnson has apologised after he received a fixed penalty notice from the Metropolitan Police for attending his own birthday party in 10 Downing Street in June, 2020.

But he has shown no sign that he is prepared to resign, insisting that he is instead focused on delivering the Tory manifesto.

The PM was defended this morning by Northern Ireland minister Conor Burns, one of his staunchest allies.

He told Sky News there was “no question of the Prime Minister going”.

Burns said the prime minister – who is currently on an official visit to India – was “looking forward” to the Commons probe so he could finally clear his name.

He said: “We’re going to have multiple opportunities for the prime minister’s word to be tested. We’ve got the Met investigation ongoing, we’ve committed that when that’s finished Sue Gray will complete her report, the prime minister will come back to parliament, and we’ve now got the privileges committee investigation.

“This is going to be the most looked at event, possibly, since the Second World War.”

But Tory MP Tobias Ellwood, chair of the defence select committee, told his colleagues to “stop drinking the Kool Aid” and be prepared to dump Boris Johnson as party leader.

He said it was a question of “when, not if” the prime minister faces a confidence vote.

“All MPs are deeply troubled by what the party is now going through and what to do next, given the huge credit you must give to Boris Johnson in bringing the party so far,” he said.

“But we must stop drinking the Kool-Aid that’s encouraging us to think this is all going to disappear and that we can all move on.”

The UK Is To Reopen Its Embassy In Kyiv, Boris Johnson Has Announced

Prime Minister Boris Johnson.The British embassy in Kyiv is set to reopen, Boris Johnson has announced.The diplomatic mission will open its doors in the Ukrainian capital next week, the prime minister said at a press conference in New Delhi.It comes after Johnson made a surprise visit to the city to meet president Volodymyr Zelenskyy earlier this month.BREAKING: Britain is to reopen its embassy in Kyiv next month in a show […]