Nadine Dorries Is Here To Help ‘Downstream Your Movies’ 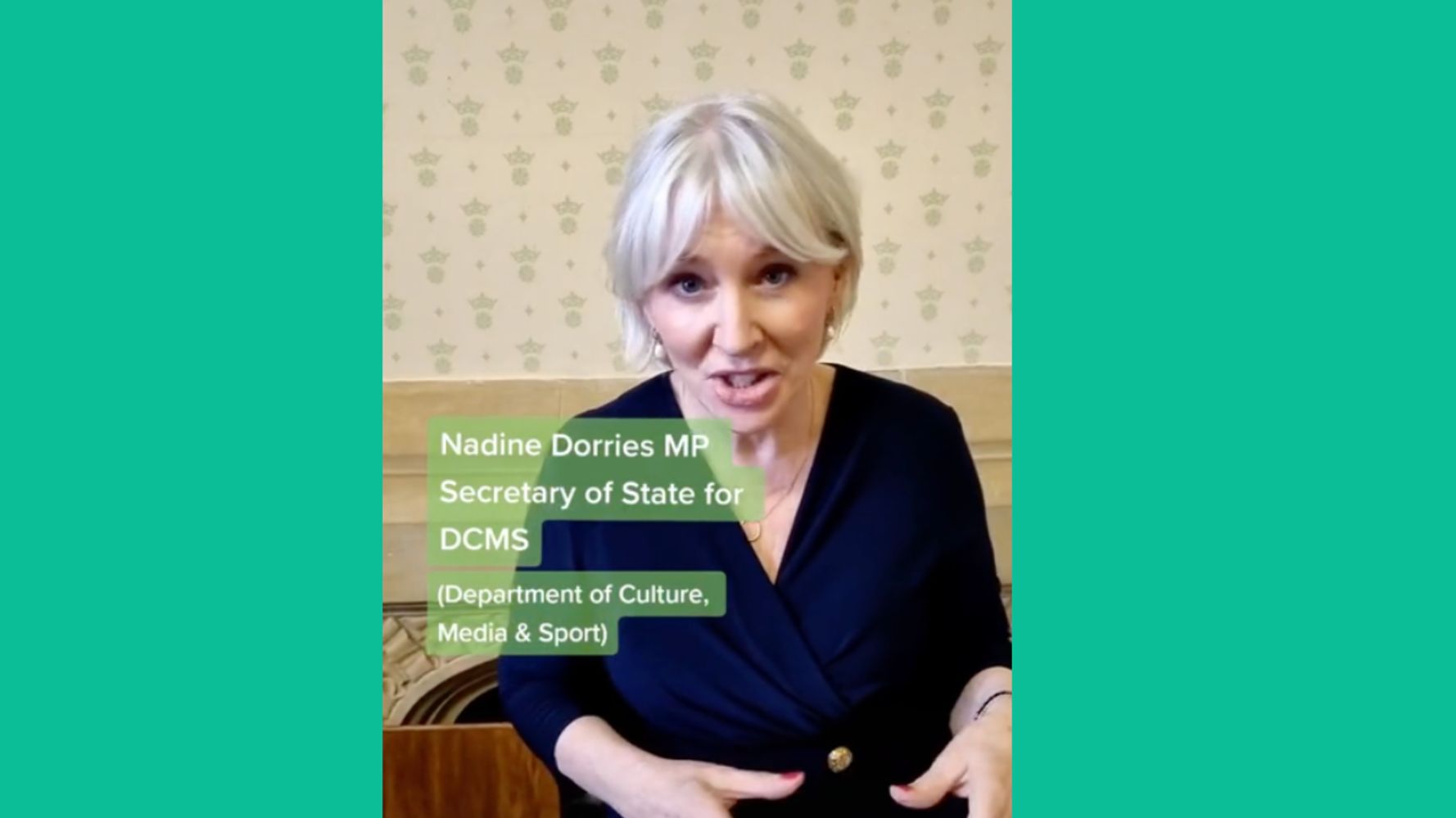 Nadine Dorries has done it again.

The culture secretary prompted ridicule after featuring in a fellow Tory MP’s TikTok to explain her job.

But her phrasing raised a few quizzical eyebrows, and lent weight to the suggestion she struggles to fully grasp her brief.

In the clip shared by Luke Evans, she says the department of culture, media and sport is responsible for broadband, which means “you can downstream your movies” at home. People typically download movies.

Dorries also fronts the Whitehall department in charge of sport, which involves “tennis pitches” (they’re usually referred to as courts), which is one of the places where you can “exercise your sports”.

Not bad for 42 seconds of work.

Social media could not resist.

It’s insane that in 2022 people are given jobs with absolutely no experience whatsoever. Imagine being responsible the UK’s digital, culture, media and sport purely because 38,692 Tories voted for you in Mid-Bedfordshire. MID FUCKING BEDFORDSHIRE. System’s fucked. https://t.co/VAQwC5DyFn

It’s not the first time questions have been raised about whether Dorries is cut out for the job.

In November, she didn’t seem to know how Channel 4 – which the government wants to privatise – is funded.

It does not receive public funding but is ultimately owned by the state, with all the money it makes from advertising going back into the broadcaster.

It was also reported in March that she asked Microsoft executives when they were going to “get rid” of its algorithms.

No one is better at filibustering than a child at bedtime. It’s at that precise time that kids need to find the answer to a very obscure question or take inventory of all their stuffed animals. Naturally, they also must get a very large glass of water and use the potty numerous times – all in the name of pushing their bedtime later and later.To find the humour in this nightly […]