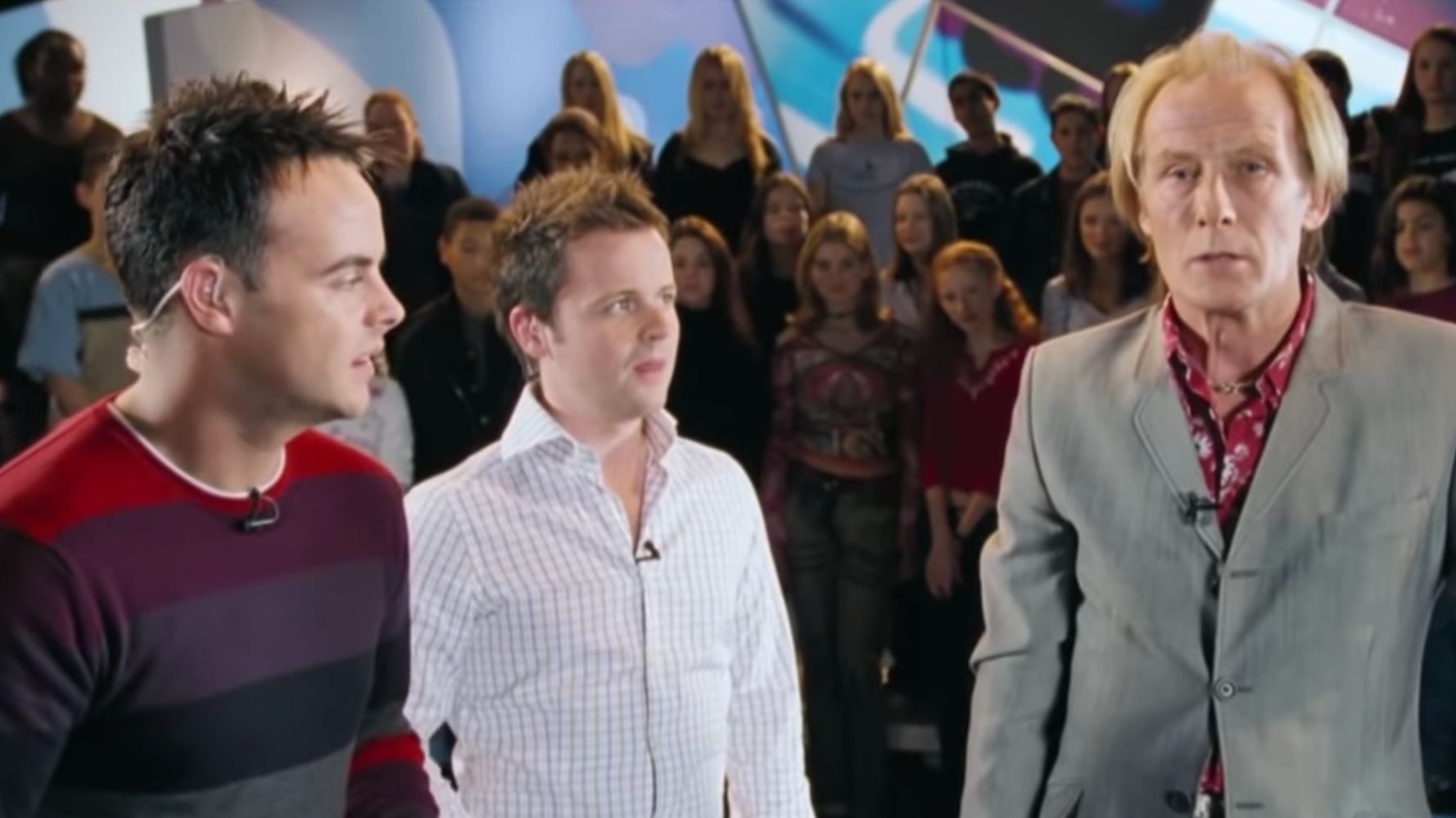 There are plenty of memorable moments in Love Actually (and not all of them for the right reasons, these days), but actor Bill Nighy had arguably the best line in the whole movie.

The British actor played ageing rocker Billy Mack in the 2003 Christmas rom-com and there’s one particular line that has followed him everywhere. Literally.

In one of the film’s most memorable scenes (watch below), Billy appears on a kid’s TV show fronted by a youthful Ant and Dec when he addresses the young viewers at home with an important message.

“Hiya kids, here’s an “important” message from your uncle Bill,” he begins. ”Don’t buy drugs. Become a pop star and they give you them for free.”

In a new interview with GQ magazine, Bill says the scene and Billy’s seriously dodgy advice has become so well known that it he still gets reminded of it regularly by complete strangers in the most unexpected places.

“I was once going through immigration from Canada to America in the middle of the night, like 4am, and there was no one in the immigration hall except me and there was this guy and I went forward,” Bill recalled.

“And as I was going forward he said ‘hey, kids don’t buy drugs…’, this is the customs guy right… ‘don’t buy drugs, become a rockstar and people give you them for free. Am I right? Am I right?’ I was like, drugs? No, I don’t have any drugs. So it got me into America!”

He added: “When I die, if I get an obituary, it will say: ‘Hey kids, don’t buy drugs. Become a rock star, people give you them for free’.”

Watch the full video interview with Bill in the video at the top of this story.

Harry Styles’ made sure his second headlining spot at Coachella on Friday night was a show to remember when he was joined on stage by Lizzo to perform Gloria Gaynor’s classic, I Will Survive.The two stars looked resplendent in pink fake fur as they belted out the disco classic at the festival in the Colorado Desert.And if that wasn’t enough, the pair also treated the adoring crowd to a cover […]