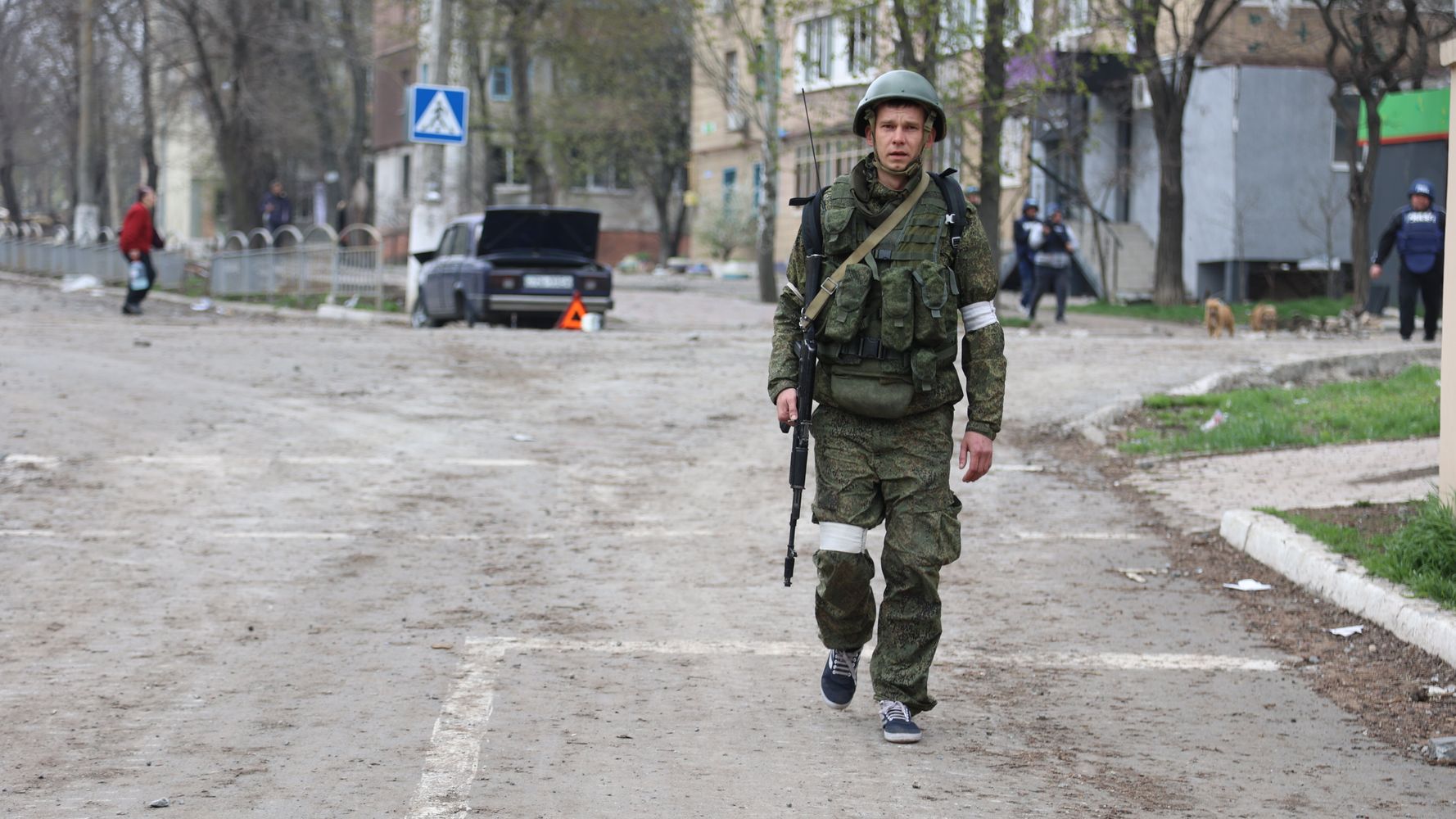 Vladimir Putin is hiding the “true scale” of Russian losses in Ukraine from his own people, UK officials have said.

The Ministry of Defence said Russia had recently made “minor advances” in some areas but was yet to achieve a “significant breakthrough”.

Officials said Russia had proposed that compensation payments for the families of dead soldiers would be overseen by “military rather than civilian officials”.

The MoD added: “This likely reflects a desire to hide the true scale of Russia’s losses from the domestic population.”

The latest intelligence assessment was revealed in a statement by the MoD.

The MoD added: “Russia has made minor advances in some areas since shifting its focus to fully occupying the Donbas. Without sufficient logistical and combat support enablers in place, Russia has yet to achieve a significant breakthrough.

“Russia’s decision to besiege rather than attack Mariupol’s Azovstal steel plant means many Russian units remain fixed in the city and cannot be redeployed. Ukraine’s defence of Mariupol has also exhausted many Russian units and reduced their combat effectiveness.”

It comes as US Secretary of State Antony Blinken said Russia was failing in all of its war aims in Ukraine, after he made a short visit to the country.

Blinken said Russia continued to try to brutalise parts of Ukraine but Ukrainians were standing strong.

After they failed to capture Kyiv, Russian forces shifted their focus to occupying the Donbas region in the east where Moscow-backed separatists controlled some territory before the war.

In the south, Russian troops have been bombarding a Mariupol steel plant where an estimated 1,000 civilians are sheltering along with 2,000 Ukrainian fighters.

Got Knee Pain? Experts Swear By These 8 Tips For Relief

Tackle knee popping, cracking and pain with this expert-backed advice.Have you recently bent down and felt a twinge in your knee? Or maybe you heard a popping sound during your latest round of squats and thought, “Oh, that’s new.” Knee pain is a common condition that afflicts millions of us every day. The issue can be caused by a number of things including slips and falls, sports-related injuries, exercising with improper […]