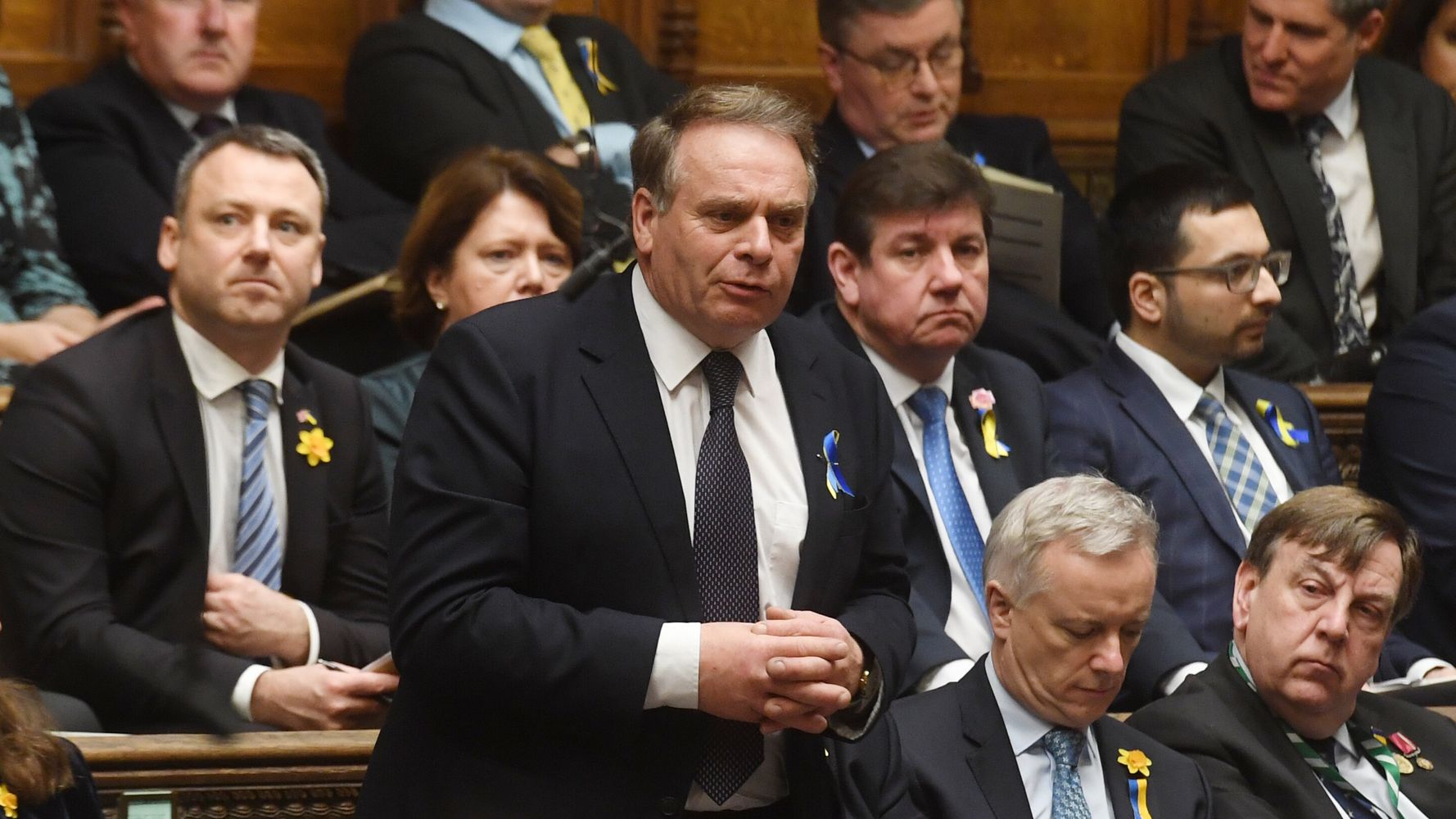 Neil Parish has been named as the MP alleged to have been watching pornography in the Commons chamber.

A spokesperson for the Tory chief whip has said Parish has had the Conservative whip suspended while he is being investigated.

A spokeswoman for Chris Heaton-Harris said: “Having spoken to the chief whip this afternoon, Neil Parish MP is reporting himself to the parliamentary commissioner for standards.

“Mr Parish has been suspended from the Conservative whip pending the outcome of that investigation.”

Parish, a farmer from Somerset who chairs the rural affairs select committee of MPs, was elected to the safe Devon seat of Tiverton and Honiton in 2010 after a decade in the European Parliament as an MEP.

In a statement, he said: “Following recent allegations regarding an MP’s use of their mobile phone in Parliament, I have referred myself to the Parliamentary Commissioner for Standards in the House of Commons.

“I will be cooperating fully with any investigation, and whilst it is ongoing I will continue to perform my duties as MP for Tiverton and Honiton.

“I will not be making further comments at this stage.”

Parish later suggested he may have accidentally opened a pornographic video in the Commons and said he will quit as an MP if found guilty.

Asked if he opened something by error in the Commons, he told broadcasters: “I did, but let the inquiry look at that.

“I will await the findings of the inquiry and then I will consider my position. I will not remain if I am found guilty.”

Tory MP Neil Parish reveals he told his wife only today that he is the man alleged to have watched pornography in Parliament.

He adds he will resign if the investigation finds him guilty.https://t.co/weWocABvZo pic.twitter.com/pXuC8cbjiy

Labour said the Tories had known about Parish’s alleged conduct for days, but had done nothing about it.

Thangam Debbonaire, Labour’s shadow leader of the House of Commons, said: “The Conservatives knew for days about the disgusting behaviour of one of their MPs and tried to cover it up.

“From the Owen Paterson scandal to their failure to act against their paedophile MP Imran Ahmad Khan, this is a government rotting from the head down. Britain deserves better.”

Earlier in the week, Parish appeared on GB News before his name was made public, where he was asked about the incident.

He was asked whether the MP in question should have the whip removed, and responded: “I think the whips office will do a thorough investigation and we will wait and see that result and I think from that then the decision will have to be made what action will be taken.

He then denied there was a large cultural problem in Westminster, despite senior Conservative colleagues having decried it as being “shameful”.

‘You are going to get people that step over the line.’

Neil Parish, who has had the whip removed following accusations he watched pornography in the Commons, spoke to Darren McCaffrey earlier this week and denied there was a cultural problem in Parliament. pic.twitter.com/bHHQedHpdo

“We’ve got some 650 Members of Parliament in what is a very intense area,” Parish said.

It was unclear what potential breach of the MPs’ code of conduct he would report himself for.

But it is thought one investigation for parliamentary commissioner for standards Kathryn Stone could be whether Parish caused “significant damage to the reputation and integrity” of the Commons.

The Liberal Democrats have called on Boris Johnson to demand the resignation of Parish following his suspension from the Tory whip.

Deputy leader Daisy Cooper said: “If Boris Johnson had any shred of decency left, he would tell Neil Parish to resign immediately.

“In any other workplace this would count as gross misconduct and the person responsible would lose their job. Parliament should be no different.

“We don’t need to insult the women MPs who witnessed this with a lengthy investigation. All his bosses need to do is ask for his devices and look at his viewing history, this isn’t rocket science.”