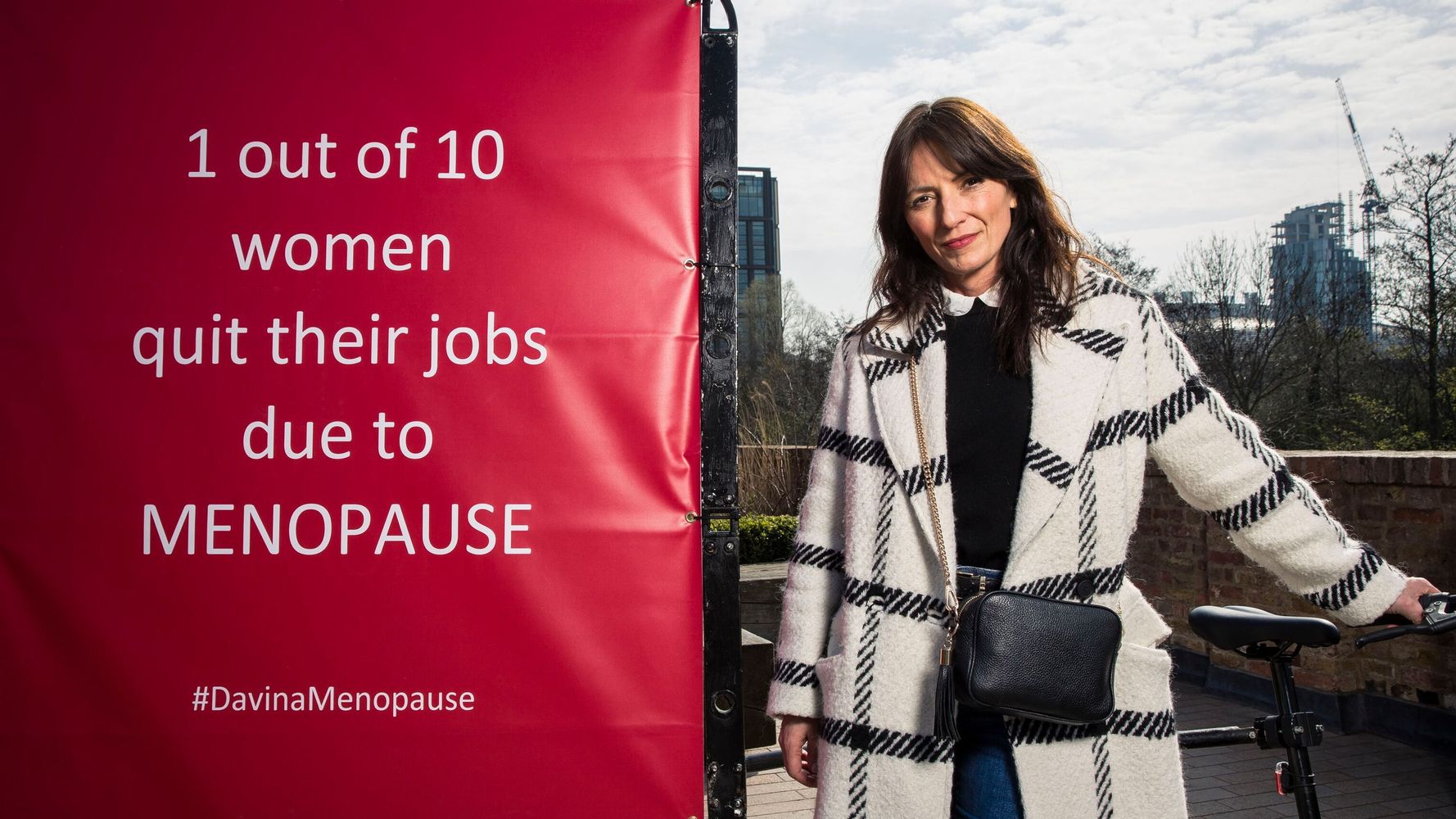 Almost half of women (44%) in employment say their ability to work has been affected by perimenopause and menopause symptoms, yet employers are still failing to address their needs.

That’s the damning finding in the largest ever survey of menopausal and perimenopausal women in the UK, which reveals a shocking lack of support for this demographic, who are routinely being ignored or bullied the workplace.

The survey of more than 4,000 women aged 45-55 was commissioned by Channel 4 as part of Davina McCall’s new documentary Sex, Mind & The Menopause – a follow-up to her agenda-pushing 2021 documentary Sex, Myths & The Menopause, in which the TV presenter shared her own experience and debunked some of the longstanding myths surrounding hormone replacement therapy (HRT).

The latest programme focuses on the mind, exposing how memory loss and brain fog that begin during perimenopause as early as your 40s are pushing women out of work.

The survey data has been analysed by the Fawcett Society, and a landmark report produced to lay bare the facts and crucial next steps.

The majority of women surveyed (77%) said they find at least one menopause symptom ‘very difficult’, while 44% of women experience three or more symptoms that are this severe. Women are most likely to say they find sleeping (84%), brain fog (73%), and anxiety or depression (69%) are difficult.

The majority (eight in 10) of menopausal women say their workplace has no basic support in place for them – no support networks (79%), no absence policies (81%) and no information sharing with staff (79%).

And the report uncovers the stigma many women face, with 41% saying they have seen symptoms treated as a joke by people at work.

These are just a few of the quotes from anonymous women surveyed:

One in 10 women leaves a job completely under these circumstances, which equates to 333,000 women aged 45-55 in the workplace leaving their jobs due to the menopause. A further 13% of menopausal women who have been employed during menopause have considered leaving their job and 14% have reduced their hours.

The Fawcett analysis also exposes how some groups of women are disproportionately overlooked at work and in healthcare settings.

A fifth (21%) of women who have to wear uniform or a dress code to work say it is uncomfortable given their symptoms, rising to 28% among working class women.

Almost half (45%) of Black and minoritised women say it took many appointments for their GP to realise they were experiencing the menopause, compared to 30% of white women.

And 22% of disabled women who have been employed during the menopause said they had left a job due to their symptoms compared to 9% for non-disabled women.

In this environment of stigma, almost half (45%) of women surveyed haven’t spoken to their GP surgery about their symptoms.

Of the women who have approached their surgery, 31% said it took many appointments before their GP realised they were experiencing menopause or perimenopause.

Official guidance says that hormone replacement therapy (HRT) should be offered to women who are struggling with menopause symptoms, but just 39% of women say their GP or nurse offered HRT as soon as they knew they were experiencing menopause, and only 14% of menopausal women said that they are currently taking HRT.

“This is a big issue, and we need big solutions – but they don’t need to be expensive or particularly complex.”

Recent HRT shortages have been widely reported as being due to increased demand – but this evidence suggests that we are only seeing the beginning of the potential rise in uptake.

In light of the findings, the report recommends amending the Equality Act 2010 to ensure menopausal women are protected from discrimination at work. It also urges employers to create action plans on menopause and says the government should make flexible working the default.

Commenting on the findings, MP Carolyn Harris said: “Women aren’t asking for a lot – we make up 51% of the population and we all go through the menopause. But too many doctors are still out there prescribing antidepressants instead of HRT because they aren’t getting sufficient training and they haven’t got up to date information. And, whilst there are pockets of really good practice out there, too few employers are providing any form of support for the women who work for them.

“This is a big issue, and we need big solutions – but they don’t need to be expensive or particularly complex.

Davina McCall: Sex, Mind and the Menopause airs Monday May 2 at 9pm on Channel 4.

Victoria Beckham Shares Loved-Up Message To Husband David As He Celebrates His Birthday: ‘You Are My Everything’

Victoria Beckham has described husband David Beckham as “her everything” as the former footballer celebrates turning 47.Victoria took to Instagram on Monday morning to share a loved-up post with her 30 million followers, alongside a photo of her with David with their arms wrapped around each other on a deserted beach.In another, the couple can be seen relaxing on a sunbathed yacht.“I love you so much @davidbeckham you are the […]