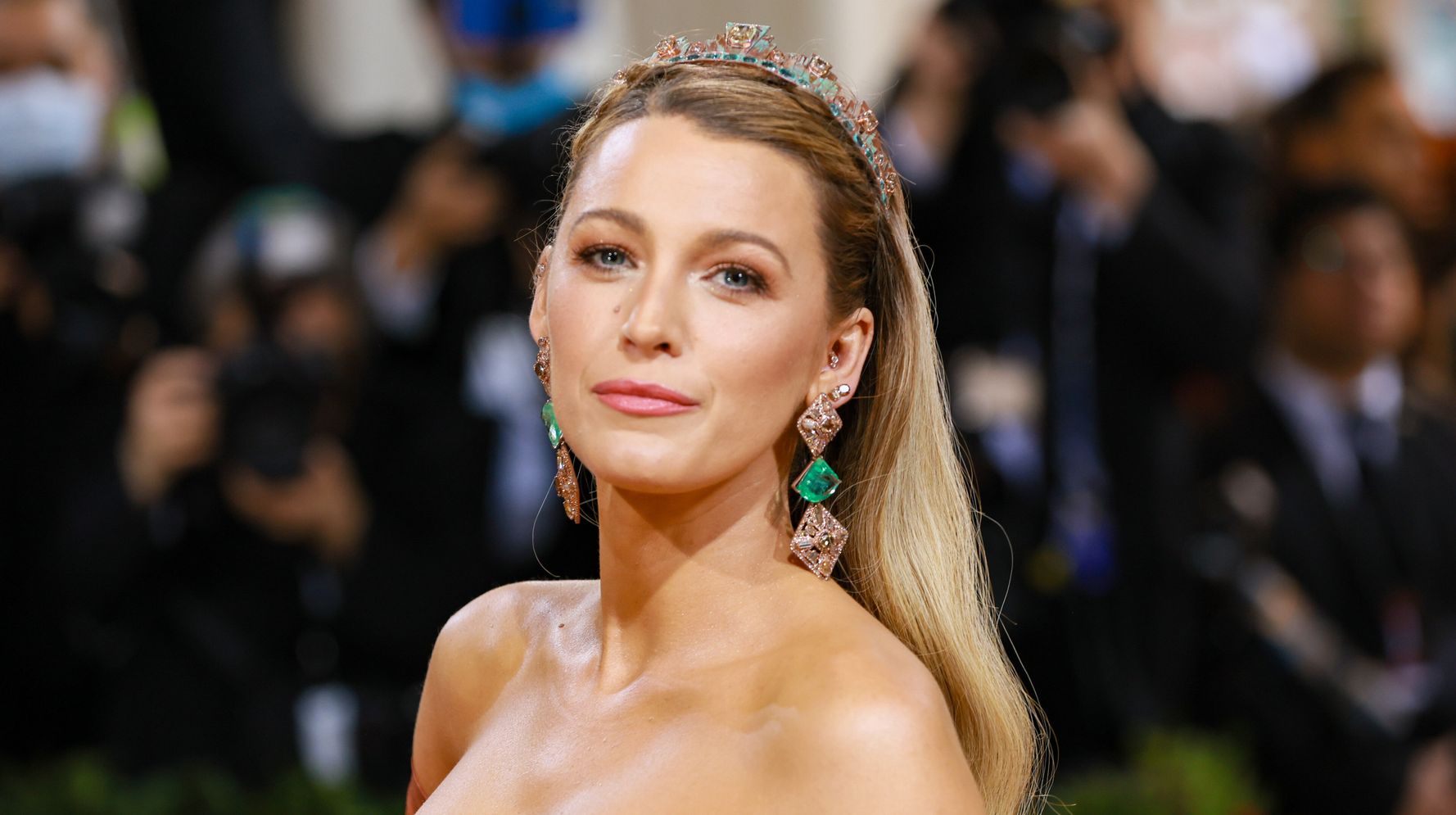 If anyone knows how to steal the show, it’s Blake Lively.

Lively, who’s co-chair of this year’s Met Gala alongside her husband Ryan Reynolds, ignited the red carpet with her arrival on Monday evening.

Donning a copper Atelier Versace gown, Blake and her assistants performed an unexpected switch-a-roo right in the middle of the carpet.

Her bow-embellished dress metamorphosed into an aqua blue showstopper as her assistants helped ‘unwrap’ it on the red carpet.

“I arrived copper and then, like New York City classic architecture, I patinaed,” the actor said of her unveiling.

Resembling iconic New York City landmarks like the Empire State Building, the dress was accessorised with a crown featuring seven spikes in a nod to the Statue of Liberty.

The Gossip Girl star said this year’s event was “especially nerve-wracking.” “Being one of the hosts, you really feel like you need to bring your A-game,” she said.

This year’s Met Gala theme was In America: An Anthology of Fashion, but Blake put her own twist on it by representing New York and focusing on the “architecture rather than just the fashion.”

The actor has dominated the Met Gala red carpet over the years, and she has yet to disappoint.

At the 2018 Gala, themed Heavenly Bodies: Fashion and the Catholic Imagination, she sported a crimson Versace gown with an embroidered bodice, an extra-long train and lots of bejeweled action. The entire ensemble took 600 hours to make by hand.

Met Gala 2022 Red Carpet: See All The Best And Most WTF Looks

Glenn Close, left, Fredrik Robertsson, Sarah Jessica ParkerThe Met Gala is here for 2022 — the biggest night in fashion—  was back again on Monday evening.Just eight short months after we kinda sorta saw Kim Kardashian in her infamous all-black look at the Met Gala in 2021. Vogue’s annual fashion extravaganza at the Metropolitan Museum of Art has traditionally taken place during the first Monday in May. But thanks to Covid, last year’s […]