Severe Covid Infections May Bring Down Your IQ, According To Scientists 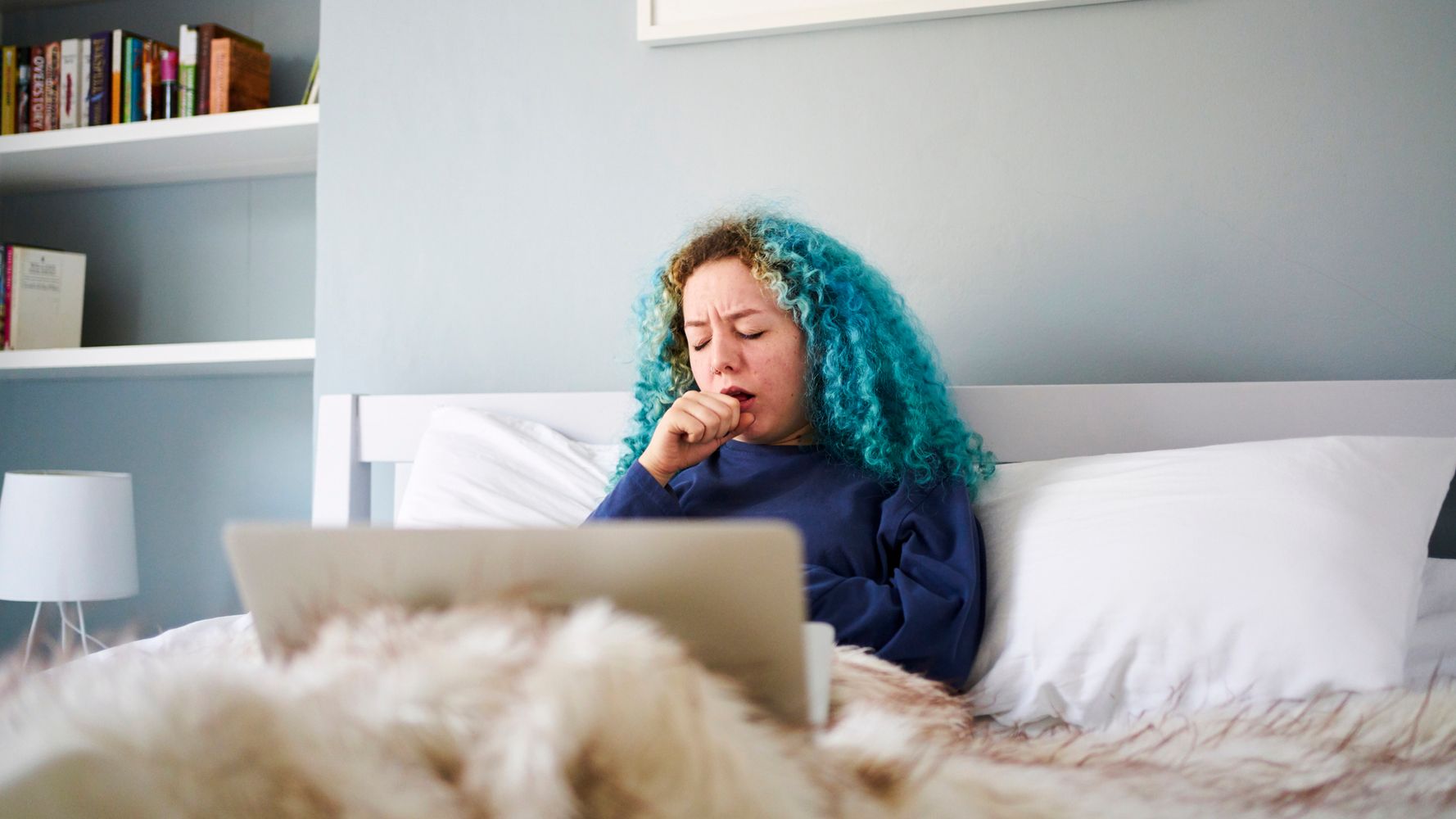 People who survive intense Covid infections could experience brain damage comparable to ageing 20 years, according to a worrying new study.

Although the UK is now months into the government’s ‘Living With Covid’ strategy, that doesn’t mean the disease has disappeared – more than 100,000 people have tested positive for the last week.

Statista.com estimates 1.3 million people are suffering from long Covid symptoms as of January 2022.

And scientists have now found that for those who had a severe infection, there is a chance that your cognitive recovery will be gradual. It’s also possible that people with milder infections have been impacted.

How could your IQ be affected?

Scientists from the University of Cambridge and Imperial College London have found severe infections could impair your cognitive function in the same way your brain naturally ages between 50 to 70 years old.

This means people could lose around 10 IQ points from catching the deadly disease if Covid remains detectable in your system more than six months after the initial illness.

The scientists’ research suggested these long-term effects may even impact people who only had mild cases of Covid.

The study looked at data from 46 individuals who received in-hospital care for Covid in Addenbrooke’s Hospital, Cambridge.

Their results from various cognitive tests from around six months after they suffered from the acute illness were then compared to a control group.

Those who had experienced more severe infections were found to be less accurate and slower to respond to the tests, particularly if they had to use mechanical ventilation through their illnesses.

Yet, the impact on cognitive function may be felt by those who had more mild infections too.

The scientists explained: “By comparing the patients to 66,008 members of the general public, the researchers estimate that the magnitude of cognitive loss is similar on average to that sustained with 20 years ageing, between 50 and 70 years of age, and that this is equivalent to losing 10 IQ points.”

What signs did scientists link to impairment?

Their memories, attention skills and reasoning abilities were all hit, as well as their problem-solving skills.

According to the study, the slower processing abilities can be linked to the decreased brain glucose consumption in the part of the mind which is responsible for problem-solving and working memory.

What does this mean for the future?

Professor David Menon, the study’s senior author from the University of Cambridge, said: “Cognitive impairment is common to a wide range of neurological disorders, including dementia, and even routine ageing, but the patterns we saw – the cognitive ‘fingerprint’ of Covid – was distinct from all of these.”

There were some early signs that this might be a temporary change, though. Prof Menon added: “We followed some patients up as late as 10 months after their acute infection, so we were able to see a very slow improvement.

“While this was not statistically significant, it is at least heading in the right direction, but it is very possible that some of these individuals will never fully recover.”

Still, he warned that around 400,000 people in the UK may be affected right now.

And it’s not the only study of its kind

However, another 2021 study from the Icahn School of Medicine at Mount Sinai in New York City also found patients still suffered from cognitive impairment more than seven months after diagnosis. This date set studied 740 people with no prior history of memory problems.

Individuals have been reporting long-lasting symptoms, including cognitive problems (often dubbed brain fog) for more than three months after the positive test since the pandemic really took hold of the UK back in 2020.

Research from March – published in the scientific journal Nature – also found that Covid shrinks the human brain slightly even after a mild infection. It found that the overall brain size in 401 participants who had Covid experienced between 0.2 and 2% brain shrinkage months after their infection.

However, the researchers were not able to discern if the changes were reversible, or what impact this had on the patients.

Britain’s Got Talent finalist Jonathan Goodwin has been left paralysed after one of his stunts went drastically wrong during rehearsals for a spin-off of America’s Got Talent.Jonathan, who is originally from Wales, reached the semi-final of Simon Cowell’s US talent show in 2020 after reaching the final of Britain’s Got Talent the previous year.In October last year, he was rehearsing at the Atlanta Motor Speedway in Hampton, Georgia for America’s Got […]