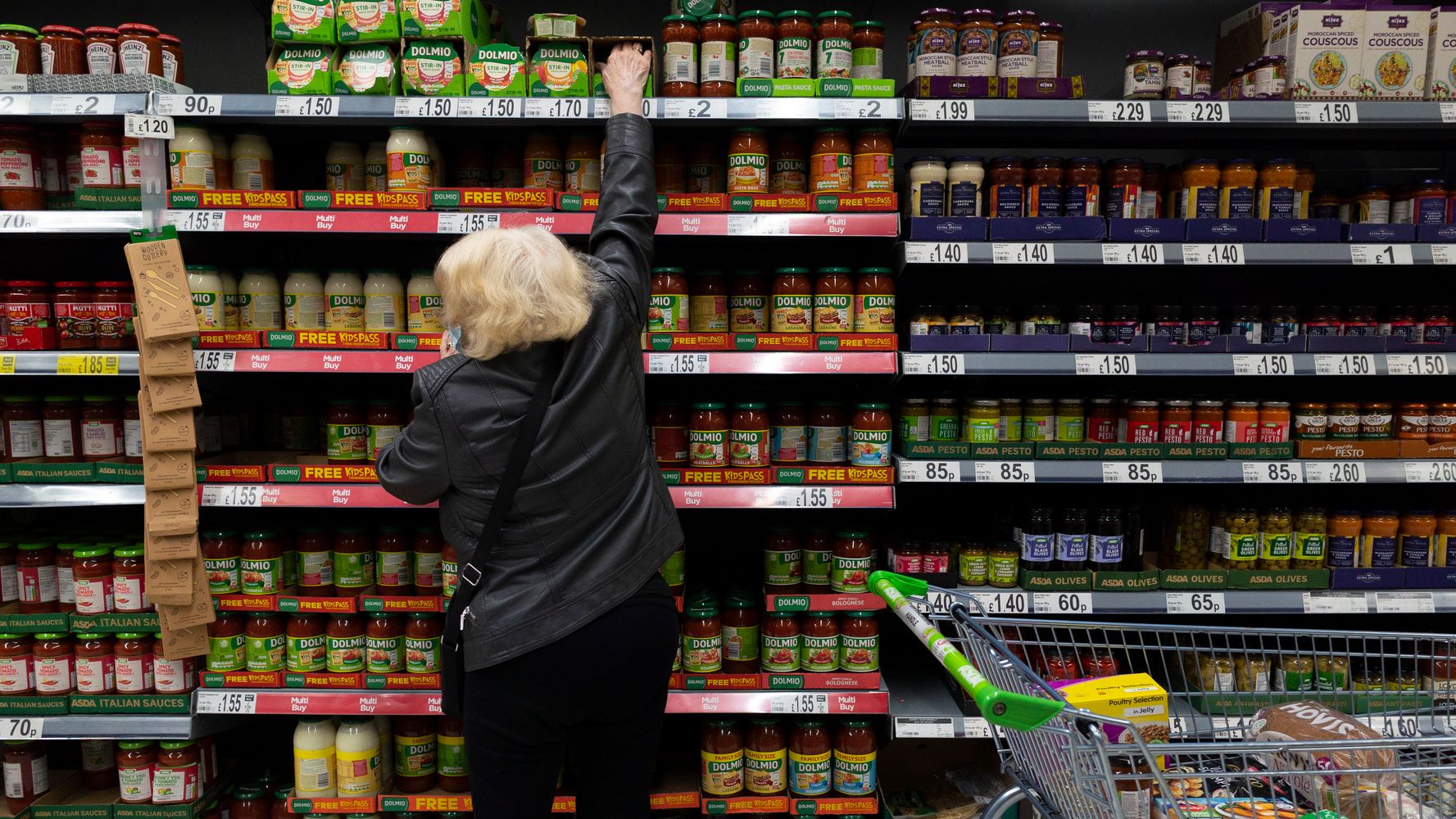 George Eustice said that by going for cheaper “value” goods, families can “contain and manage their household budget”.

The environment secretary said household spending on food in the UK was “the lowest in Europe” but sharp rises in other costs “adds to household pressures”.

He made the comments after shop prices increased at their fastest rate in more than a decade last month, according to the British Retail Consortium.

Asked what his advice was to people who want a Sunday roast with a chicken but cannot afford it, Eustice told Sky News: “Generally speaking, what people find is by going for some of the value brands rather than own-branded products – they can actually contain and manage their household budget.

“It will undoubtedly put a pressure on household budgets and, of course, it comes on top of those high gas prices as well.”

The comments were condemned and ridiculed by opposition MPs as well as members of the public.

Lib Dem Wendy Chamberlain MP said: “These comments show George Eustice and the Conservatives are living in a parallel universe. Families and pensioners who can’t afford their weekly shop need more help, not patronising advice from a clueless minister.”

Eustice said rising fertiliser and feed costs had hit the farming industry, partly as a result of soaring energy prices.

He said the better news was that the UK has a “very competitive” retail market with 10 big supermarkets and the four main ones competing “very aggressively”.

He said this meant they competed to keep costs down on everyday value items such as spaghetti.

Eustice added: “Where it gets harder is on things like chicken and poultry, and some fresh produce, where those increased feed costs do end up getting passed through the system because these people work on wafer-thin margins and they have to pass that cost through.”

He was also asked about 77-year-old Elsie who rides on buses all day to keep down her bills at home. Her case was raised with the prime minister on Tuesday.

Labour’s shadow chancellor Rachel Reeves has said the government should come up with an emergency budget to help families get through the cost of living crisis.

She told BBC Breakfast: “People are really, really worried. They started to feel it for the first time in the last few weeks, when people got their gas and electricity bills in April.”

Labour leader Sir Keir Starmer stepped up his call for a windfall tax on the unexpectedly high profits made by oil and gas giants.

However, Eustice insisted that oil and gas companies already paid enough tax “for now” and rejected calls for a levy on their windfall profits.

It comes as fresh figures showed shop prices are up 2.7 per cent on last year marking their highest rate of inflation since September 2011.

The impact of rising energy prices and the conflict in Ukraine continued to feed through into April’s retail prices, with no sign of them abating, according to the BRC-NielsenIQ Shop Price Index.

Global food prices have also reached record highs, seeing a 13 per cent rise on last month alone. It is even higher for cooking oils and cereals amid warnings that they will place further upward pressure on UK food prices as they filter through the supply chain over coming months.

Non-food products, particularly furniture, electricals and books, have seen the highest rate of inflation since records began in 2006.

British Retail Consortium chief executive Helen Dickinson said: “Retailers will continue to do all they can to keep prices down and deliver value for their customers by limiting price rises and expanding their value ranges, but this will put pressure on them to find cost-savings elsewhere.

“Unfortunately, customers should brace themselves for further price rises and a bumpy road ahead.”

We wouldn’t expect anything less from the woman who played Serena van der Woodsen on Gossip Girl — a character who not only was fashion forward but also spent a lot of time on the steps of the Metropolitan Museum of Art.There has been a certain theory swirling around the internet about Blake Lively’s outfits at the Met Gala over the years — and learning it will further affirm her keen […]