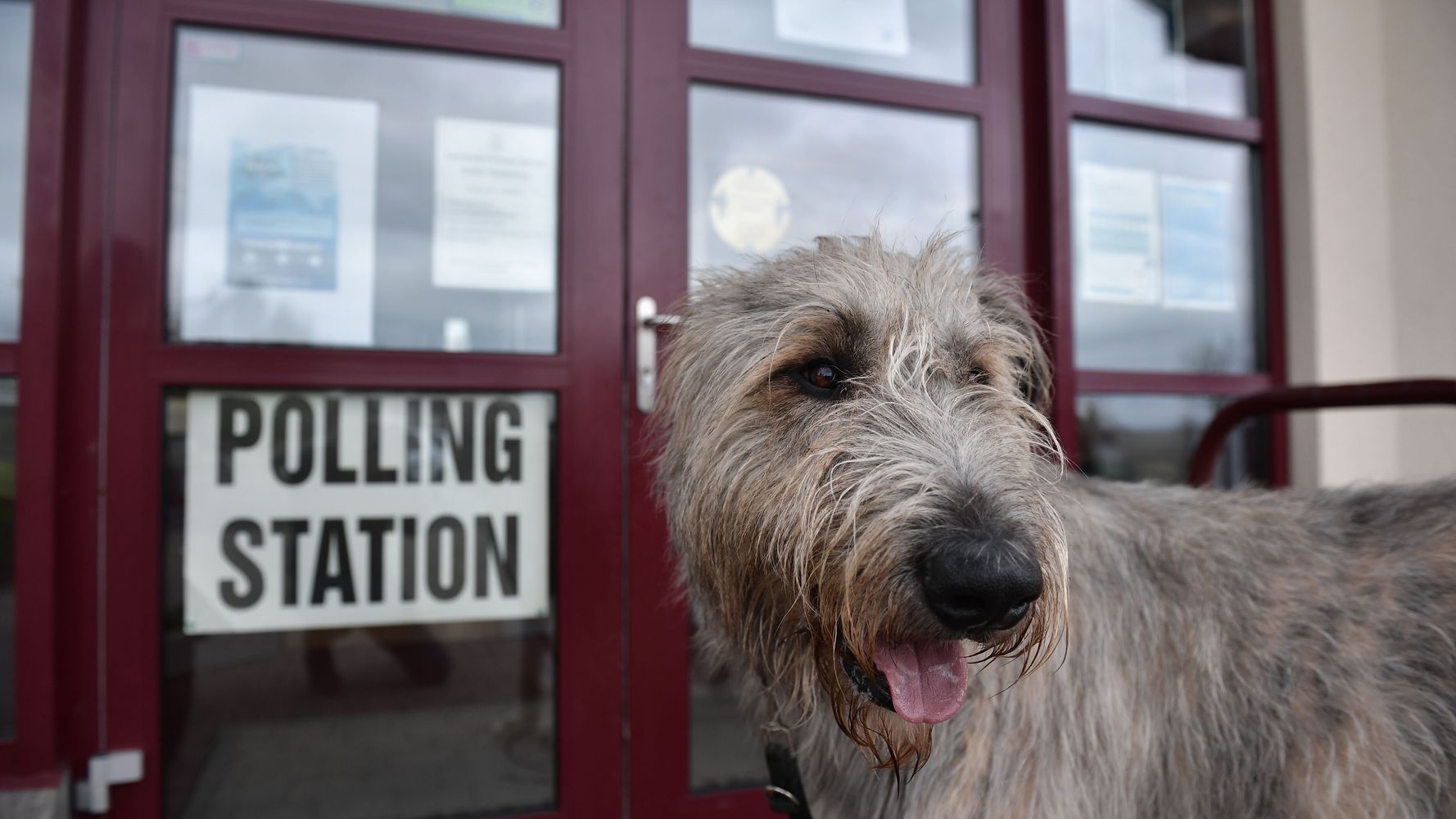 With so many people across the UK heading to the ballot boxes on May 5 for the local elections, it’s only natural they would bring their four-legged companions along.

In fact, in the last few years it has become an informal social media tradition for people to share photos of their pooches at the polling station.

And this year is no exception – even prime minister Boris Johnson and London mayor Sadiq Khan brought their dogs along to vote.

Council seats in Scotland, Wales, London and parts of England are available while Northern Ireland is electing its new assembly, with polls open until 10pm.

But today’s local elections, where the Conservatives are expected to experience significant losses, saw some extra additions joining the #DogsAtPollingStations trend…

Here’s a roundup of the most unusual photos making the rounds to light up your day.

Owners doing the most for their pooches

Maybe by the general election we’ll have escalated to photos of people looking like twats trying to take photos of their dogs at polling stations. If so: I will win. pic.twitter.com/SylH3D8s2H

To everyone emailing me this week and next, I’m taking some time off to raise a pup. What better way to introduce Bertie to the world than #dogsatpollingstations (he’s in a bag because he’s waiting for his vaccines to kick in) pic.twitter.com/fHYDvrY9zT

Who let the dogs out?

Pups in prams at the polling stations

When your pup takes pride in dogmocracy

But, step aside dogs… the cows turned out too

Then the cats made an appearance

Occasionally, there was a colliding of worlds

In England, more than 4,000 council seats are up for grabs in 146 councils in major cities.

The results are expected to be announced around midnight, with the final counts coming in over the weekend.

Rachel Riley Reveals Male Celebrity Upskirted Her At A Party

Rachel RileyRachel Riley has revealed she was once upskirted by a male celebrity at a party. The term upskirting refers to someone taking photographs underneath another person’s clothing, without their consent.The Countdown host recalled how the star – who she did not name – put his phone under her skirt while she was playing table tennis with her husband, former Strictly Come Dancing professional Pasha Kovalev. Speaking on the Dirty Mother Pukka podcast, Rachel […]