Queen’s Speech 2022: The Key New Laws Announced By The Government 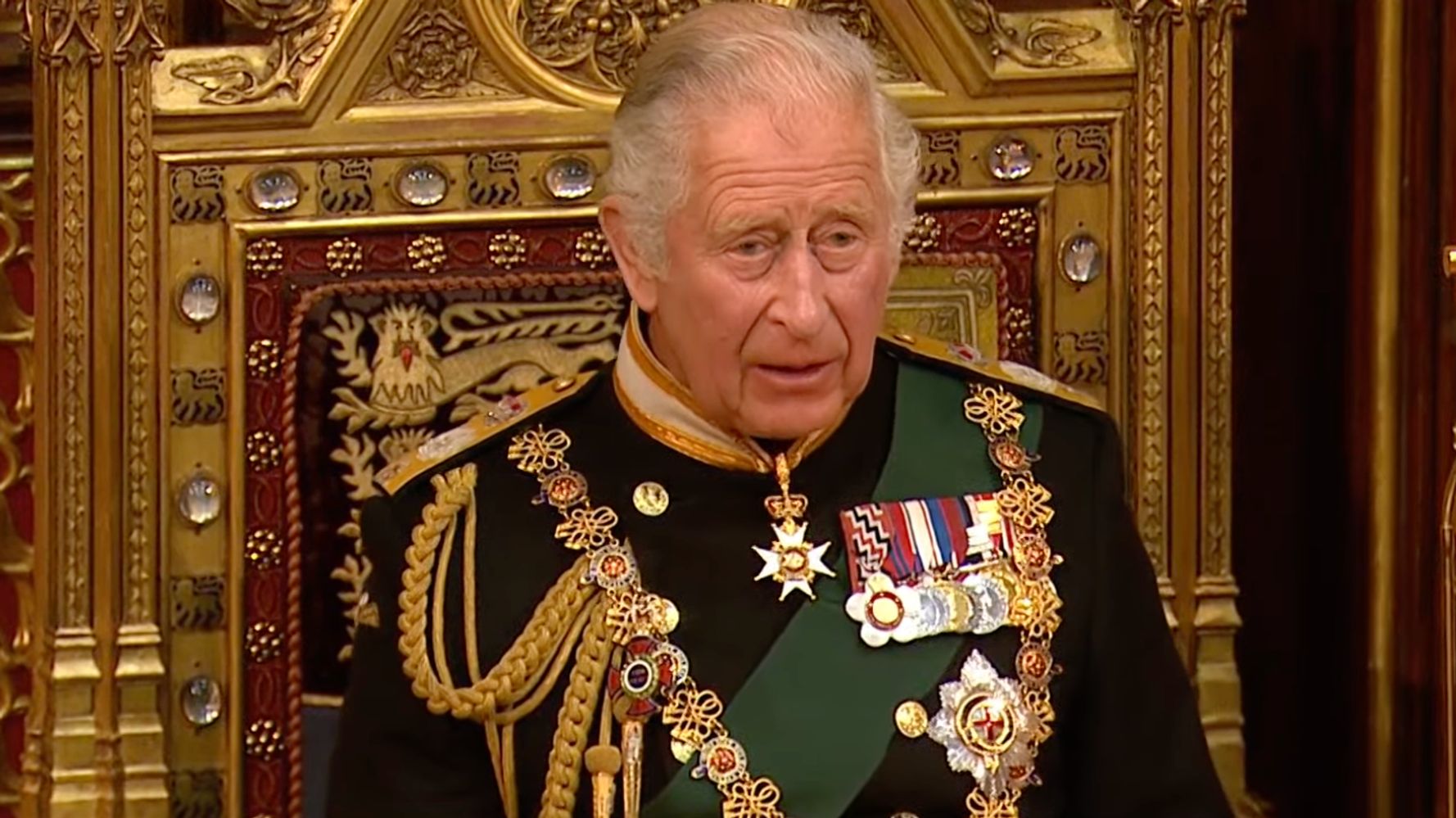 The government wants to focus on economic growth in the wake of the pandemic, as voters grapple with the cost of living crisis.

The Queen’s Speech, this year delivered by Prince Charles, revealed 38 Bills in total. Here is a run down of some of the key pieces of legislation being proposed.

Levelling Up and Regeneration Bill

The prime minister has tried to put reducing regional inequality at the centre of his leadership. This legislation, being led by Michael Gove, requires an annual report on progress to be published.

The planning system will be reformed to give residents more involvement in local development. And it will help towns force landlords to rent out empty shops to regenerate high streets.

Local residents will also be given more of a say over changing street names. The government says it will also ensure “everyone can continue to benefit from al fresco dining”.

Many Conservatives have complained that it expanded human rights protections too far, including limiting the government’s ability to deport foreign criminals.

The new legislation, the government says, will curb the “incremental expansion of a rights culture”.

A key part of the Bill is also “defending freedom of speech”. This will be done by “promoting greater confidence in society to express views freely”, according to the government.

This is a plan to crack down on what the government says are disruptive “guerrilla protests”.

It will outlaw tactics such as protesters “locking on” to public transport infrastructure or gluing themselves to roads, which have been adopted by campaign groups such as Insulate Britain.

Stop and search powers for police will also be extended to search for and seize articles related to protest-related offences.

It represents a bid to revive measures which were previously put forward under the now-passed Police, Crime, Sentencing and Courts Bill but had to be scrapped after being knocked back by the House of Lords.

The education package is also being sold as an attempt at levelling up, helping every child fulfil their potential “wherever they live”.

It creates new regulations for academies and introduces a direct National Funding Formula, so that each mainstream school will be allocated funding on the same basis.

Schools will also be required to publish an attendance policy and creates a “children not in school” register.

The current teacher misconduct regime will be strengthened, with new powers to investigate teachers who accused of misconduct.

The government wants to “seize the opportunities” of the UK leaving the EU to “enable economic growth”.

The main purpose of the legislation is to allow the government to amend, repeal or replace the large amounts of retained EU law without having to propose new primary legislation each time.

It will also assert the sovereignty of parliament by removing the supremacy of retained EU law over UK law in the legal system.

This will ban the practise of so-called conversion therapy, which seeks to suppress or change a person’s sexual orientation.

But it will not ban conversion therapy targeted at trans people, a decision which triggered a significant backlash from many Tory MPs, as well as opposition parties and LGBT groups, when the plan was leaked last month.

This legislation is designed to allow the government to privatise Channel 4, which the government says will enable it to “continue to thrive and grow”.

But the plan faces significant opposition. Many Tory MPs are unhappy with the idea and Labour has warned it could lead to the channel being “gobbled up” by US media companies.

This is about P&O. The ferry company caused outrage in March when it sacked 800 staff and replaced them with cheaper agency workers.

This legislation will allow ports to refuse access to ferry services that do not pay an equivalent to the National Minimum Wage.

Provides the new “Great British Railways” body with the powers it needs to take control of the railway system.

Focused on paving the way for new, low-carbon technologies and growing the consumer market for electric heat pumps.

Will also appoint Ofgem as the new regulator for heat networks and extend the energy price cap.

Also gives the Competition and Markets Authority the ability to decide for itself when consumer law has been broken, and to issue penalties for those breaches.

Establishes the bank in law, with clear objectives to support regional and local economic growth and deliver net zero.

This will shorten the business rates revaluation cycle from five to three years from 2023.

This will put electronic trade documents on the same legal footing as their paper equivalents, which the Government says will cut down on “wasteful paperwork” and “needless bureaucracy”.

Provides the powers to build and operate the next stage of the High Speed Two (HS2) network between Crewe and Manchester.

This will establish a new statutory regulator, the Audit, Reporting and Governance Authority, and empower it to enforce directors’ financial reporting duties.

This will enshrine in law the objectives of public procurement including: delivering value for money, maximising public benefit, treating suppliers equally and without discrimination, and acting, and being seen to act, with integrity.

Revokes retained EU law on financial services and updates regulators’ objectives to bring about a greater focus on growth and international competitiveness.

The legislation will reform the UK’s data protection regime, replacing the regulations inherited from the European Union with a system “focused on privacy outcomes rather than box-ticking”.

The legislation will ensure the UK can comply with the obligations set out in the free trade deals struck with Australia and New Zealand.

The new laws will remove EU measures which prevent the development and marketing of “precision bred” plants and animals using techniques such as gene editing.

Could be used to set minimum qualification requirements for a person in England to be eligible for student loans to go to university, effectively restricting access.

Will also create a lifelong loan entitlement to support people to retrain.

Aimed at improving tenants’ rights in the wake of the Grenfell Tower disaster, with beefed-up powers for the regulator.

This will seek to abolish so-called “no fault” evictions by removing Section 21 of the Housing Act 1988 but also seek to reform possession grounds for landlords, strengthening them for repeated cases of rent arrears.

This will reform existing espionage laws in a bid to tackle modern threats and bring in new offences to target state-backed sabotage, foreign interference, stealing trade secrets and assisting a foreign intelligence service.

This will seek to crack down on illicit finance, including by creating new powers to seize crypto assets more quickly and increasing powers to check information on the Company Register.

This will aim to increase support for victims of human trafficking and modern slavery, including by toughening sanctions for breaches of Slavery and Trafficking Prevention and Risk Orders.

Carried over from the previous parliamentary session, the legislation includes measures aimed at forcing online giants to take responsibility for protecting users and removing illegal content.

The legislation will enshrine the Victims’ Code in law and improve the support they receive – particularly for victims of sexual violence, domestic abuse and serious violence.

In the wake of the Manchester Arena bombing the legislation will introduce new requirements for certain public locations and venues to draw up plans to respond to terrorism.

Overhauls existing powers to protect patient liberty and prevent those with learning difficulties from being detained without their consent.

Creates a system for immunity from prosecution for Troubles-related offences and sets up a new Independent Commission for Reconciliation and Information Recovery to enable individuals and family members to seek and receive information about what happened to their loved ones.

The legislation will enhance and develop the Ulster Scots/Ulster British tradition in Northern Ireland while recognising and protecting the Irish language, based on measures in the New Decade, New Approach Deal.

The law will ban live exports, tackle puppy smuggling and prohibit keeping primates as pets without a licence.

Seen as part of the Government’s culture war agenda, the legislation will introducing new freedom of speech and academic duties on higher education providers, their constituent colleges and students’ unions.

A new spoof video where a drag queen poses as the actual Queen for the State Opening of Parliament takes aim at the government’s controversial approach to trans conversion therapy.On Tuesday, the ceremonial Queen’s Speech – which will actually be delivered by her heir Prince Charles this time – unpacks what legislation Downing Street will be focusing on in the upcoming session of parliament.Drag queen River Medway, a former contestant […]