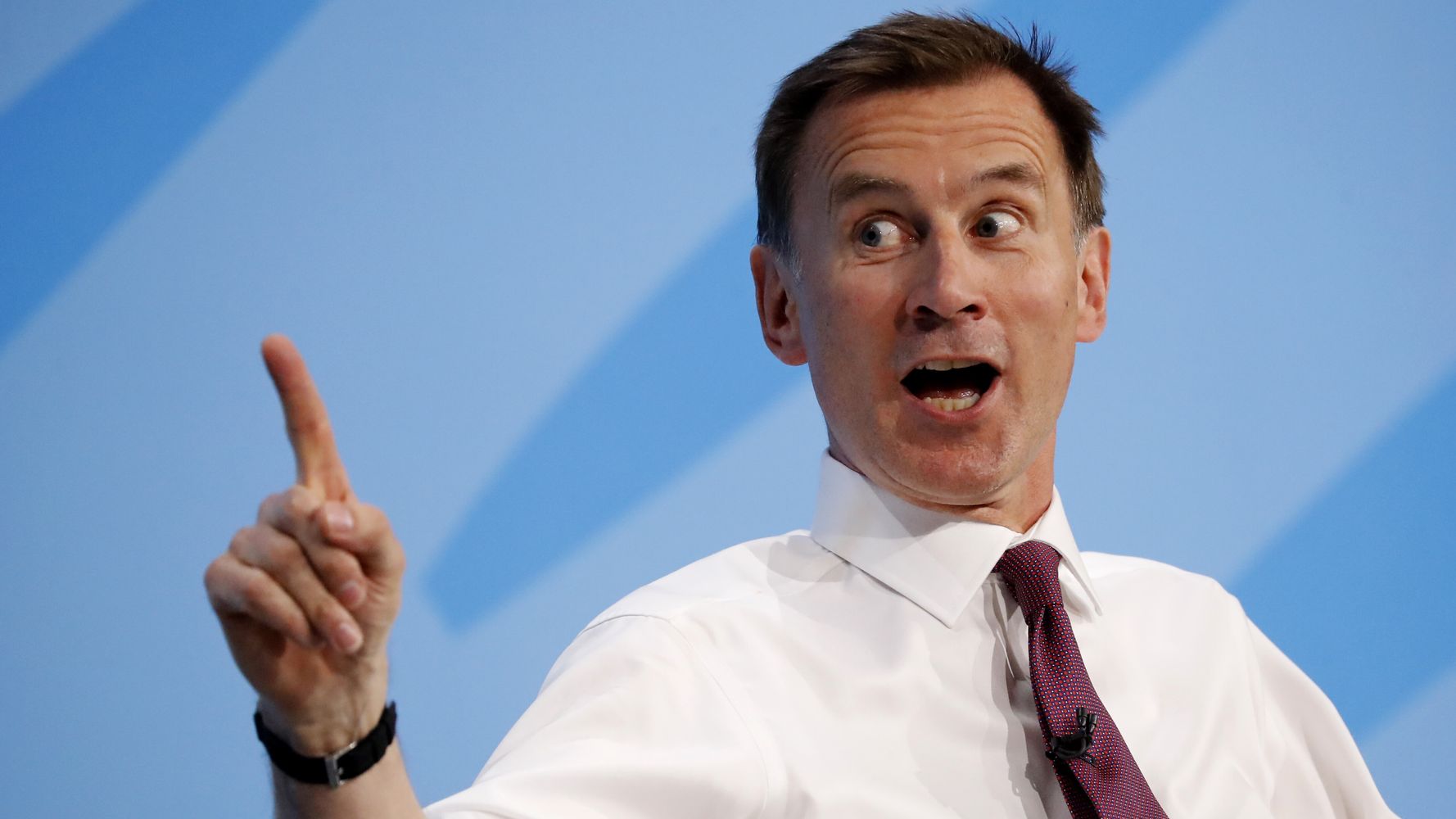 Former foreign secretary Jeremy Hunt has refused to rule out running to replace Boris Johnson before the next general election.

The senior backbencher – who Johnson beat to the leadership in 2019 – warned the Tories they have “a big mountain to climb” to win another term in office.

Hunt told The Times Magazine it was not the “right time” for a leadership change due to the war in Ukraine.

However, he added: “But I would be very open with you that I don’t rule out a return in the future.”

The former health secretary also told Times Radio that to win an election, the Conservative Party has to promise a “well-funded NHS and the prospect of tax cuts”.

“If we make people choose between one or the other, we’re not going to win the election,” he added.

There have been ongoing calls for the PM to resign over the saga from opposition MPs, as well as his own backbenchers, but he has repeatedly said he is determined to get on with the job.

Separately, HuffPost UK has heard that staff working for some Tory leadership hopefuls have been trying to “tap-up” MPs for support for weeks.

One MP has also admitted they are a campaign manager-in-waiting for one hopeful.

However, any challenge depends on whether enough letters of no confidence have been submitted to chairman of the 1922 Committee Sir Graham Brady.

It comes after the latest tranche of Partygate fines issued by the Metropolitan Police left Boris Johnson and the Cabinet Secretary unscathed.

Yesterday the Met Police announced they had made around 50 further fixed penalty notice referrals as part of the investigation into possible lockdown-breaking parties in Downing Street and across Whitehall.

It brought the number of fines to more than 100 – with Johnson, his wife Carrie and Chancellor Rishi Sunak hit with fixed penalty notices in April over a birthday party in June 2020.

Johnson’s official spokesman confirmed that neither the PM nor Cabinet Secretary Simon Case were among those fined in the latest batch.

Rylan Clark in his Eurovision outfitsRylan Clark has revealed he keeps being mistaken for a Eurovision entrant while hosting the BBC’s coverage of this year’s semi-finals in Turin.The presenter has confessed there have been a number of occasions this week where he has been wished “good luck” by other people believing he was competing. Appearing on The One Show on Thursday evening, Rylan’s co-host Scott Mills told Alex Jones and Ronan Keating: […]