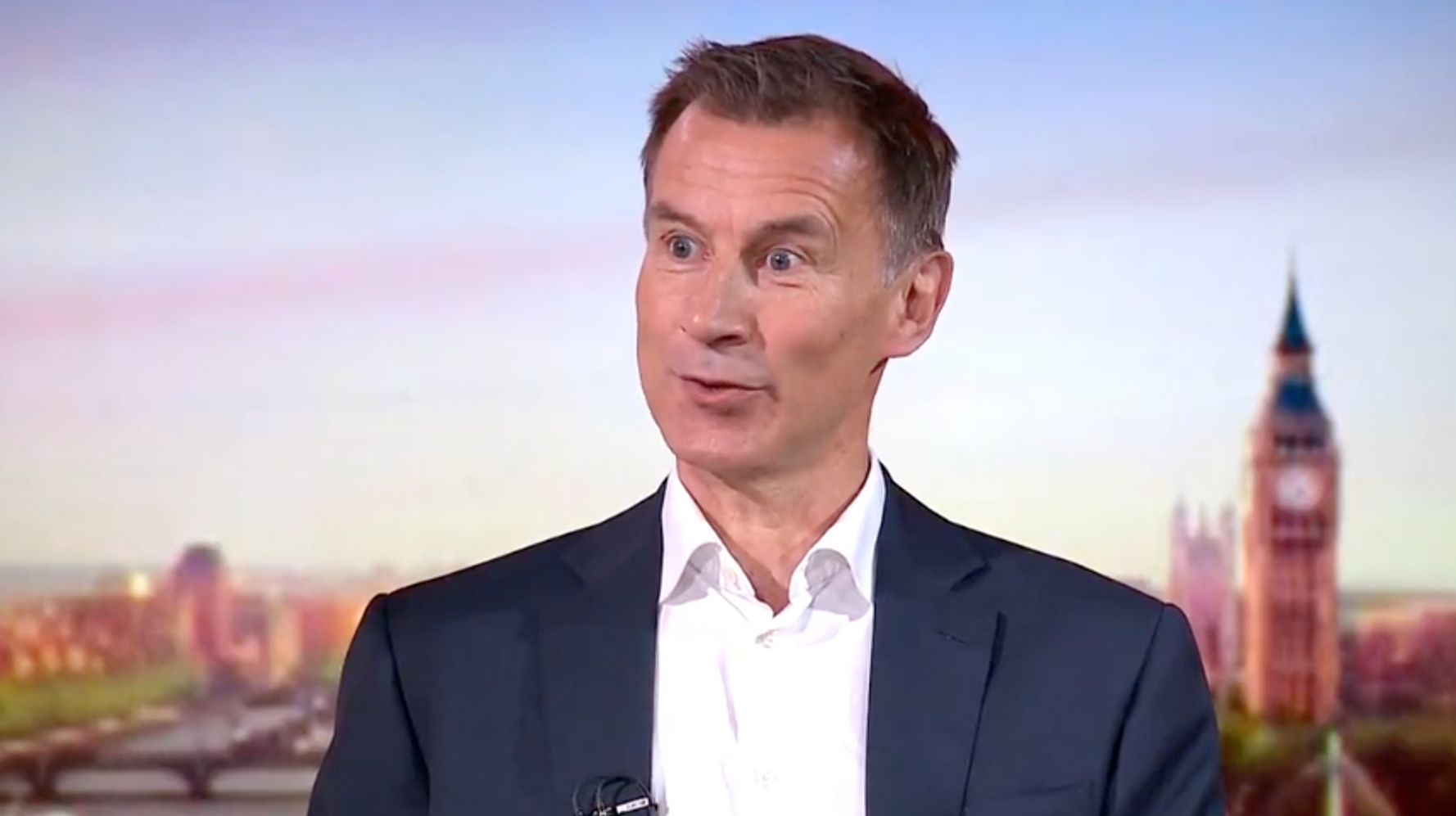 Jeremy Hunt has refused to say Boris Johnson is an “honest” man.

The former cabinet minister said “talking about personalities is not a helpful thing to do”.

Hunt, who Johnson defeated in the 2019 Tory leadership contest, also refused to give a definitive answer when asked whether the prime minister was the right person to take the party into the next general election.

And while he insisted now was not the right time for another leadership race, he once again refused to rule himself out of running if once took place.

He replied: “I think that talking about personalities is not a helpful thing to do.

“It’s a simple question but it’s not a helpful thing to do when I’ve just said that we need to recognise the international situation is very serious and we need strong leadership from the prime minister we have.”

Asked if the PM is the right person to lead the Conservatives into the next election, Hunt would only say: “I very much hope so.

“I do also hope we recognise that in order to do that, we have a big mountain to climb in terms of winning back the support of many of our core voters.

“I hope he can turn things round, because as I say, I don’t think this is the moment for a leadership contest.”

On his own political ambitions, Hunt said: “I don’t rule out the return from my politics myself, but I don’t think now is the right moment.

“Britain has been the most robust member of the Western alliance in the face of the first major war in Europe in our lifetimes and I think the only person who would rejoice if we had a hiatus of several months in the leadership in Britain would be (Russian president) Vladimir Putin.”

Kwasi KwartengThe UK can rip up the Northern Ireland Protocol without breaking international law, a cabinet minister has insisted.Business secretary Kwasi Kwarteng said the government was prepared to scrap the post-Brexit trade agreement - known as invoking Article 16 - in order to ensure “political stability” in Northern Ireland.The Protocol, a key part of the withdrawal treaty struck between the UK and European Union after Brexit, has led to checks on […]