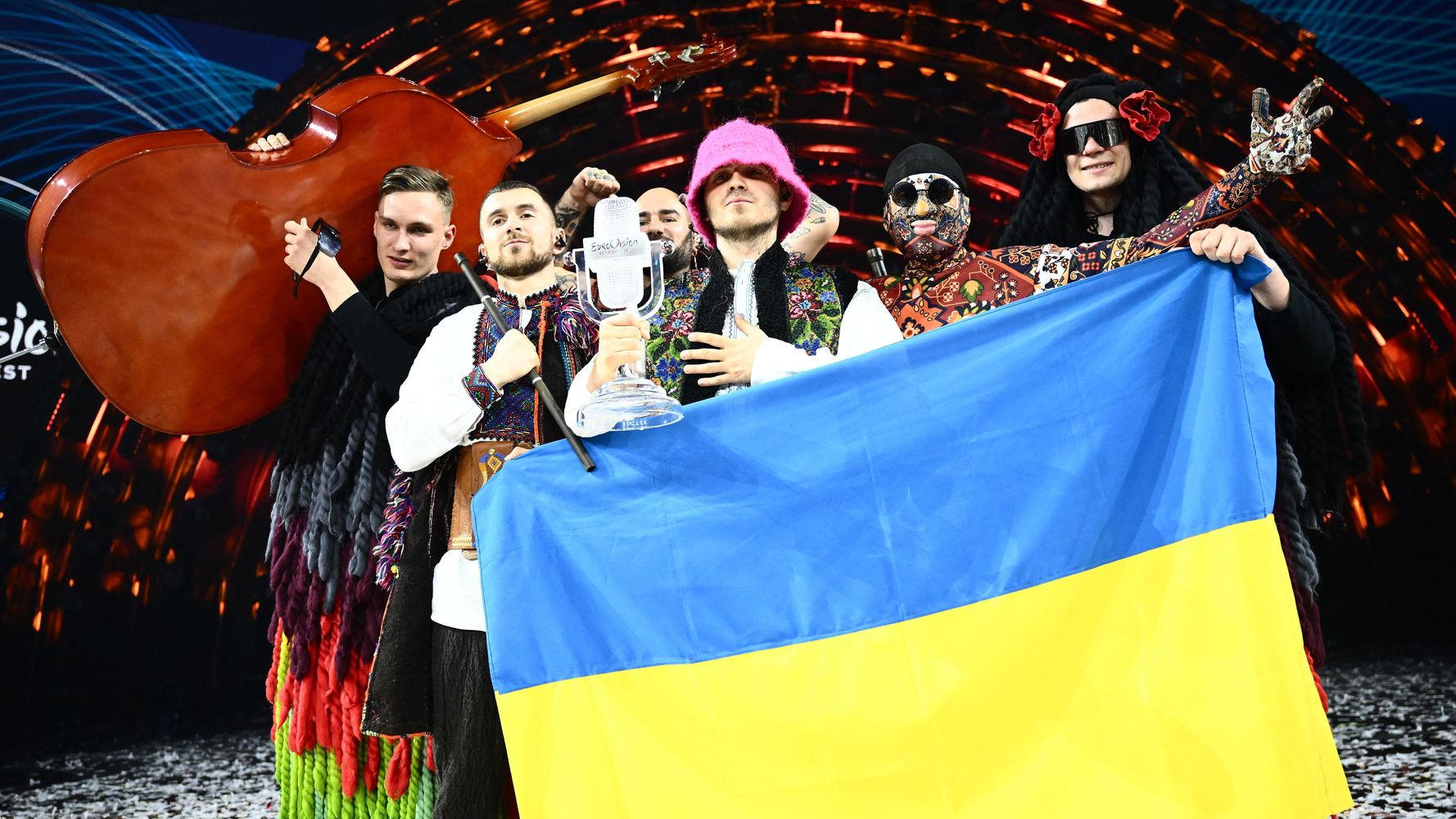 The act have been the frontrunners since Putin’s invasion earlier this year, with organisers also banning Russia from competing.

Ukraine joined the contest in 2003 and its three wins make it one of the most successful of the newer competitor countries, having also triumphed in 2004 and 2016.

The United Kingdom had led the vote for most of Saturday night’s results after Sam Ryder’s performance of Space Man came out on top of the jury vote.

However, the public overwhelmingly backed Ukraine, finishing with 631 points on the leaderboard, with the UK landing in second place with 466 points.

It was the UK’s best performance in the Song Content in more than 20 years, and proved to be a remarkable reversal of fortunes following last year’s dreaded nul points.

After their win, Kalush Orchestra said: “Thank you for supporting Ukraine. This victory is for every Ukrainian. Slava Ukraini.”

During their performance, which combined rap and Ukrainian folklore, the group were dressed in elaborate outfits, including long multi-coloured fringed ensembles.

“Next year Ukraine will host Eurovision! For the third time in its history. And I believe – not for the last time.

“We will do our best to one day host the participants and guests of Eurovision in Ukrainian Mariupol. Free, peaceful, rebuilt.”

He added: “Thank you for the victory of @Kalush.official and all those who gave their votes for us!

“I am sure that our victorious chord in the battle with the enemy is just around the corner.

UK prime minister Boris Johnson called Ukraine’s win “a clear reflection of not just your talent, but of the unwavering support for your fight for freedom”.

He also extended congratulations to the UK’s runner-up in the competition, tweeting: “Incredibly proud of @SamRyderMusic and how he brilliantly represented the UK tonight.”

Ageing ‘Gracefully’ Can Be Scary. Here’s How To Shift The Narrative

It's likely that the parts about ageing that bother you most can be softened if you change your perception.The image I see of myself in my mind is that of a photograph taken in 1992, when I was 22 years old. The photo is of me and my friend, Sean. I’d gone with him to have his professional headshots taken (he’s an actor and songwriter) and the photographer offered to […]