The Rude Wedding Guest Behaviour You May Be Guilty Of 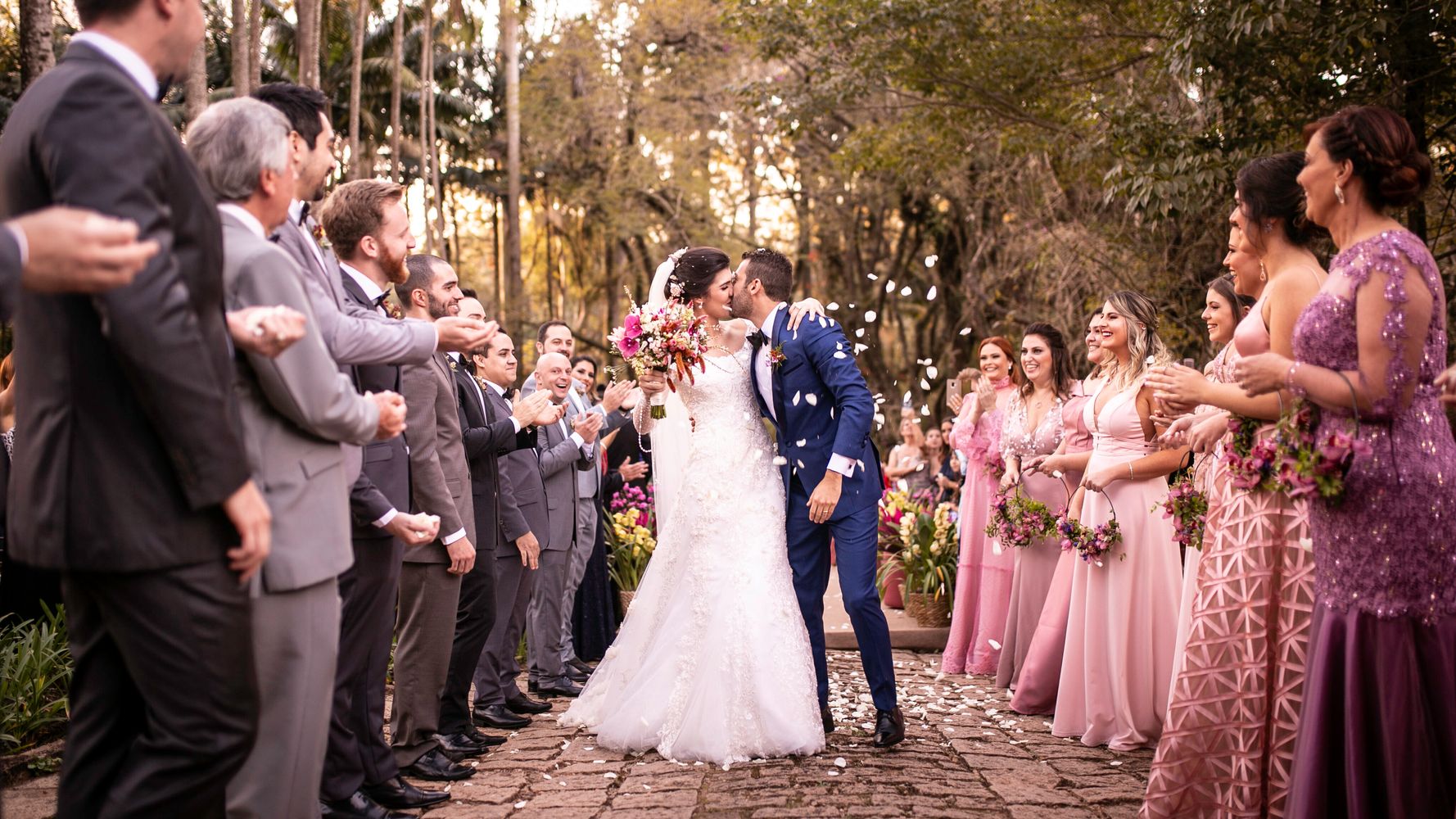 In the months leading up to her wedding day, Elizabeth was looking forward to seeing all of her guests, but she did not anticipate how much people would try to monopolise her time.

“Several of my husband’s family friends, who I’d barely even met, kept coming up to me during the reception and then they would proceed to talk for 20 minutes,” she recalled to HuffPost.

Once, she was stopped for a long conversation while trying to awkwardly balance plates and drinks for herself and the groom on the way to their table. And she almost didn’t make the group photo with the couple’s college friends because a guest she was speaking with wouldn’t let her end their chat.

“It was sweet because clearly they were excited to be there and wanted to catch up, and obviously I wanted to say hi to as many people as I could ― but this was more than just a greeting,” said Elizabeth, who preferred to share only her first name. “They just had no awareness of time and the context.”

Of course, most newlyweds want to spend time with their wedding guests —hey, that’s why they were invited in the first place — but if they were to have a lengthy conversation with every single person, there would be no time for dining, dancing, cutting the cake or anything else. Thus, it’s an etiquette no-no to demand extra time or attention from the happy couple.

“To be a gracious guest, you have to be aware that the bride and groom have a lot of people to see and thank and be mindful not to monopolise their time,” said Jacqueline Whitmore, an etiquette expert and founder of The Protocol School of Palm Beach. “But a lot of people don’t have that kind of common sense.”

So what’s the best way to share a moment with the newlyweds at the wedding? Below, Whitmore and other etiquette experts share their dos and don’ts.

“The bridal couple is rightly in high demand on their special day,” said Thomas P. Farley, aka “Mister Manners.” “Particularly if there are a great number of attendees, guests should not dominate the attention of the newlyweds with long conversations.”

He advised keeping the congratulations and chatter to a minute or two. Offer your well wishes and compliment the wedding dress, food, ceremony, venue or band.

“If guests have had the chance to speak with the couple at least once during the occasion, they should not attempt to co-opt additional time, unless circumstances permit,” Farley added.

You can also spend more time with the newlyweds by joining them and the other guests on the dance floor. Making memories together doesn’t always involve talking.

Nick Leighton, an etiquette expert and co-host of the “Were You Raised by Wolves?” podcast, believes the amount of time you’ll want to talk with the couple is on a bell curve and based on how close you are.

“If you’re super close with the couple and hang out with them all the time, it’s fine to be brief,” he said. “Similarly, if you’re such a distant acquaintance that you were surprised to even be invited, your chat with the newlyweds can also be relatively quick. But in the middle, the time you spend will often be slightly longer given there’ll often be a bit of catching-up on everyone’s lives involved.”

Avoid politics, family squabbles, drunken ramblings or important conversations they’d need to remember in the future. This is not the time to share big news or choose a date to grab lunch together.

“The Champagne is flowing, the relief is showing, and the occasion is flying by for them at hyper speed,” he added. “Guests can focus their energies on the other guests in attendance and catch up with the couple after they’ve returned from their honeymoon.”

Take advantage of the receiving line.

“Rather than continually seeking them out at various points during the reception, guests should have their words with the pair on the receiving line ― if there is one ― or on the dance floor,” Farley said. “A benefit of the former strategy is it all but guarantees getting to speak with both members of the couple at once, which may prove difficult or impossible once the reception begins.”

Instead of a receiving line, many couples take time to make the rounds and greet every table during dinner. Similarly, consider this your designated moment to share your thanks and congratulations or get a photo together.

Take cues from the couple.

“The best way to speak with the wedding couple is by being aware of your surroundings,” said Jodi R.R. Smith, president of Mannersmith Etiquette Consulting, .

Pay attention to what’s going on. If you would like to have a slightly longer chat at some point, don’t try to do it while the newlyweds are occupied, stressed out or en route to cut the cake.

“Take your cues from the couple,” Smith advised. “If there is a crowd forming or if the couples’ eyes are glazing, it is time to more along.”

Say you look forward to catching up at a later date.

The wedding reception is not really the time to have a full catch-up with the newly married couple, so if you want the the chance to have a proper conversation with them, mention that you’d love to get together sometime in the future.

“I would suggest for a wedding guest, you go up to the couple, offer your congratulations, say how beautiful the bride looks and then add something like ‘Thank you so much for inviting us, we’ll definitely have you and Jim over for dinner when you come back from your honeymoon!’” Whitmore said.

Then give them a hug and carry on enjoying the rest of the event, food and dance floor with your fellow guests. You can reach out and make a concrete plan with the newlyweds at a later date.

Accept that you might not get to talk at all.

Etiquette guidelines dictate that newlyweds should try to greet all of their guests at some point during the event, but at larger weddings, people inevitably slip through the cracks.

“You may not get to talk with the bride or groom at all,” noted etiquette expert Juliet Mitchell, also known as Ms. J, told HuffPost. “The wedding is a gathering of friends, family and sometimes associates. The bride and wedding planner have taken under consideration who will be there, where they will sit, dance, etc. so that they can interact, engage and socialise with each other. One-to-one conversation may not happen. Be OK with that, and if you are a friend, connect with them after the wedding.

Unless you happen to pass by them on your way out, you also don’t have to have a farewell moment with the happy couple ― unless they specifically asked you to.

“Guests should not feel the need to say goodbye to the couple prior to leaving ― especially if they will be departing before the end of the night,” Farley said. “Rather, an Irish exit is entirely appropriate here, letting the celebration and merriment continue without an external reminder that the night is drawing to a close.”

Are The Additives And Ingredients In Non-Dairy Milks Unhealthy?

From Instagram to TikTok to podcasts, there’s a ton of information floating around about the ingredients found in many plant-based milks. There’s carrageenan, xanthan gum, lecithin and more, and they’re often framed as “scary” or “unhealthy,” which is a bit understandable in some regards. If you were to pull a plant-based milk from your pantry or refrigerator right now and look at the ingredient list, there’s a very strong chance […]