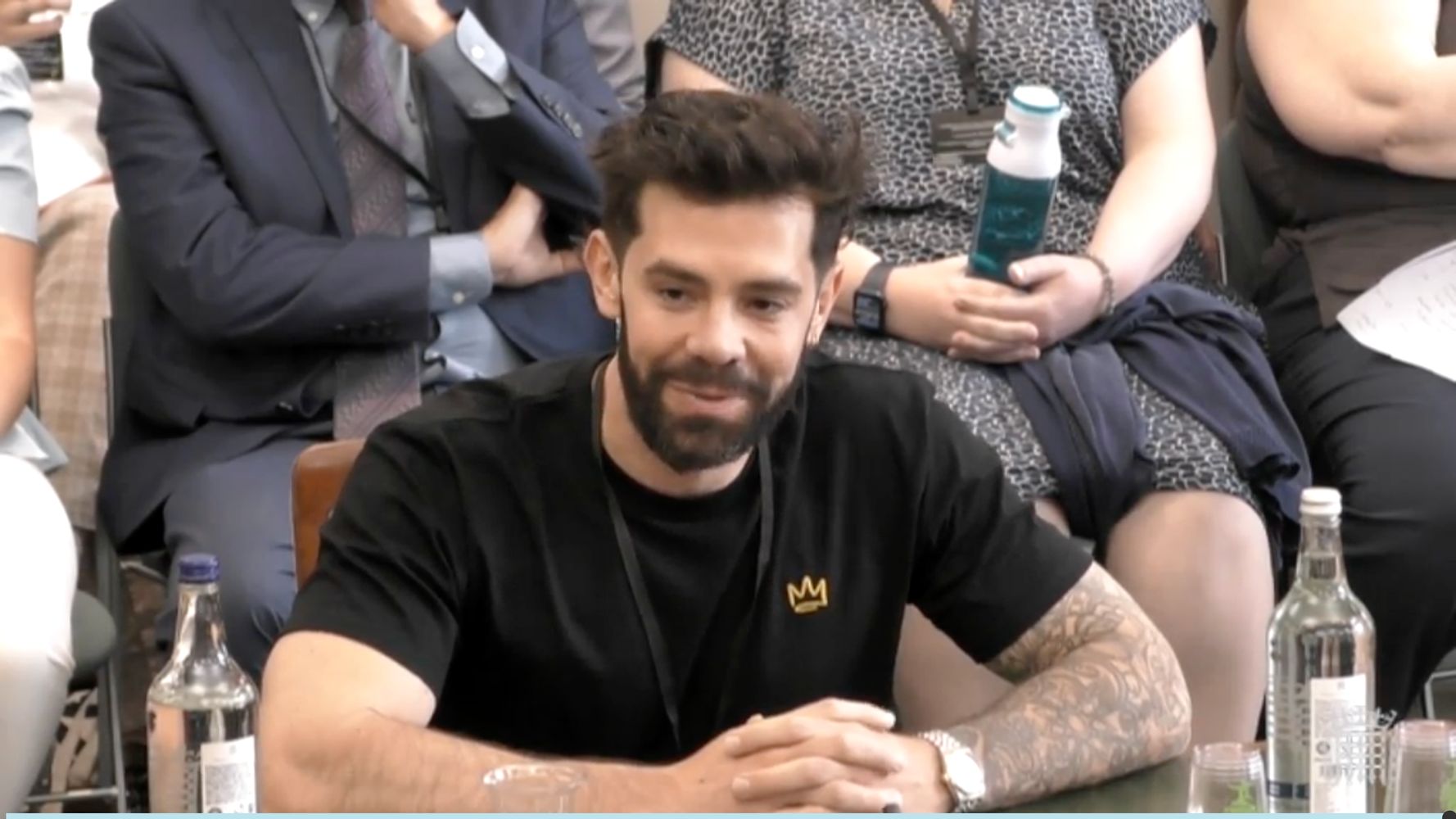 TV star Charlie King today spoke out about how having plastic surgery plunged him into the “depths of despair”.

King, 36, who has spoken out about having body dysmorphia, underwent a nose job after the first Covid-19 lockdown that did not go to plan.

He told MPs there needed to be more awareness around mental health before someone is allowed to spend thousands of pounds on surgery.

King also argued that there needed to be “more transparency” in influencer culture.

Speaking to the Commons Health and Social Care Committee, which is carrrying out an inquiry into the impact of body image on mental and physical health, King said his problems started at his all boys’ school, where he was severely bullied.

He said: “With the plastic surgeons, I feel they need to at least offer the accessibility to potential mental health resources, body dysmorphia analysis, working with the charities and foundations to understand their condition.

“Because I had, I don’t want to say botched nose job, I had a nose job that didn’t go to plan. I couldn’t do anything about it.

If I had known what –#rhinoplasty was going to do to my confidence/ aesthetic & overall mental health I would have never of done it. A revision surgery done and still having issues with a uneven nostrils and collapsed cartilage, it just feels like a never ending nightmare. (Pt1) pic.twitter.com/K3Lif9DqU6

“There I was, with scar tissue, a collapsed columellar and the surgeon was like you have to wait. So every day of my life until I had surgery number two I just had to get on with it.

“I went to the depths of my despair, hence I’ve had to move back and live with my mum right now because I couldn’t earn money, I was depressed, I’m still not myself.”

He said there were no resources to help him while he waited a year for the next surgery, adding: “That year, and still is, one of the most challenging times of my life because I took a decision because I thought there was an improvement to be made.”

King, who found fame when he starred in The Only Way Is Essex back in 2012, said he is regularly contacted by people on social media who want to offer him Botox, fillers or veneers.

King said becoming an influencer was like a “dopamine hit” that feels great and you are offered a lot ofmoney to promote products.

However, he said you fall into “webs” and there needed to be disclaimers on products, influencer content and filter use.

“You see someone and they’ve been altered, blown up or whatever it is and you don’t really know what is real anymore,” he said.

“Some people absolutely love it and they’re all for it. I call it the Kardashian lifestyle, it’s that aspirational world where you can make loads of money and look fantastic and your life is like a movie star.

“But we need to get real about this. That is a very unique situation and they are what they are – and good luck to them. But the average person or average influencer will never get to that standard and I think there needs to be a lot more transparency in it.

“I think the Hollywood lifestyle image that it can portray needs to come down a notch, we need to get real a bit more.”

Health Minister Gillian Keegan will also face questions in the final session of the committee’s inquiry on Tuesday.

The committee is looking at the powers in the new Health and Care Act which allow the government to introduce a licensing regime for non-surgical cosmetic procedures, such as Botox.

Dan WalkerDan Walker closed out his final edition of BBC Breakfast with an impassioned message about the broadcaster’s reporting. The presenter signed off from the programme after six years on Tuesday, following the news he is set to join Channel 5. At the end of his final episode, which also featured a surprise return from his former co-host Louise Minchin, Dan praised the BBC endeavouring to “make sure everything we do and […]