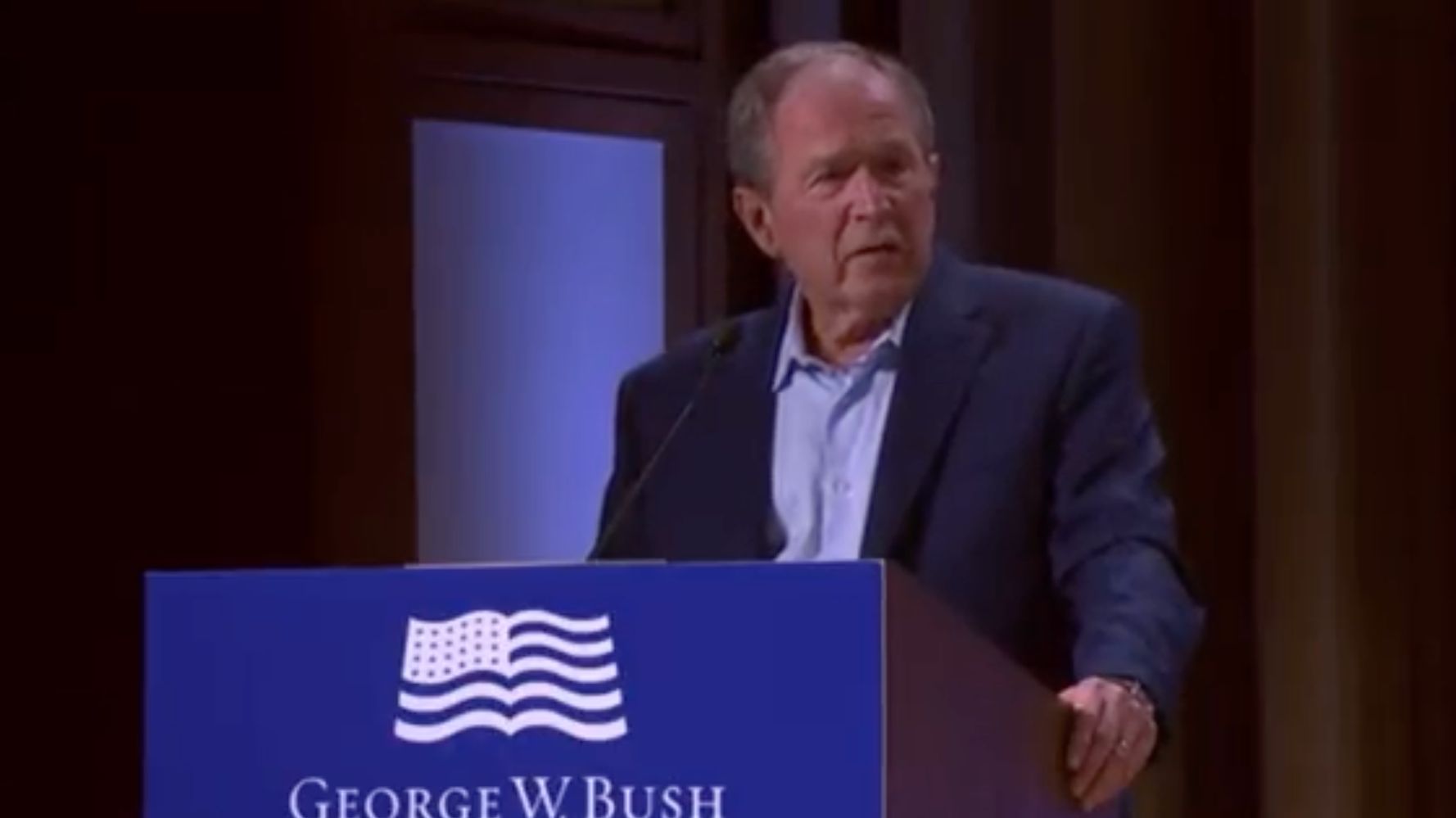 George W Bush made quite the blunder on Wednesday night during a speech when he confused the Iraq invasion with Ukraine.

The former US president, who was in the White House between 2001 and 2009, ordered the invasion of Iraq almost 20 years ago.

His administration justified the invasion by claiming there were weapons of mass destructions in the country, but inspectors from the UN later confirmed there was no evidence weapons of the kind existed prior to the invasion.

Bush has been heavily criticised for it ever since.

It was therefore a rather unfortunate slip of the tongue when Bush, discussing Russia’s unprovoked attack on Ukraine, accidentally made a reference to Iraq.

“Russian elections are rigged,” Bush said in a clip which rapidly went viral. “Political opponents are imprisoned or otherwise eliminated from participating in the electoral process.

“The result is an absent of checks and balances in Russia, and the decision of one man to launch a wholly unjustified and brutal invasion of Iraq.

According to some viewers, he then muttered under his breath: “Iraq, too.”

Amid laughter from the audience, Bush resumed and made a reference to his age to explain his error: “Anyway – 75…”

Former President George W. Bush: “The decision of one man to launch a wholly unjustified and brutal invasion of Iraq. I mean of Ukraine.” pic.twitter.com/UMwNMwMnmX

And it wasn’t long before the Twitter reactions started to roll in.

no film/show, satirical or otherwise, could ever depict the magnitude of the west’s ridiculousness and idiocy in the last five years https://t.co/VBNOhLfmFg

On May 14, an 18-year-old gunman entered a supermarket in a predominantly Black neighborhood in Buffalo, New York and fatally shot 10 people.The accused, Payton Gendron, livestreamed the attack on Twitch. Gendron is a self-described white supremacist who posted a 180-page manifesto online espousing racist conspiracy theories including the “great replacement theory,” which maintains that people of color are working to replace white Americans through immigration, interracial marriage and eventually […]