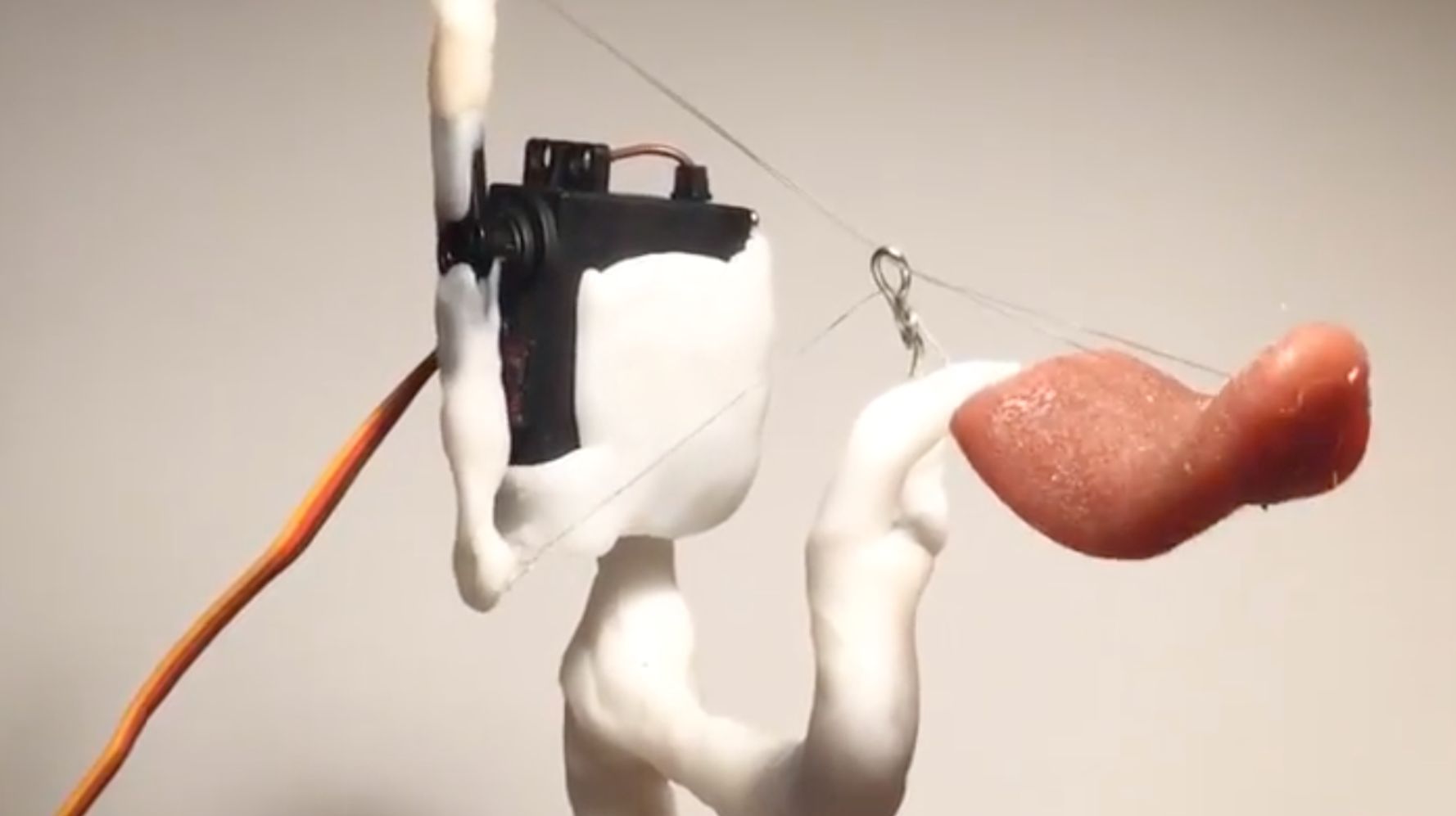 Behold, a mechanical tongue. This life-like organ, which even drools, is the (ahem) handiwork of one Tobias Bradford, a Swedish artist based in London.

If you’re wondering where this rather stimulating bit of art can be viewed, it’s on display at the Design Museum in London, as part of its current exhibition on ASMR – or ‘autonomous sensory meridian response’ for the uninitiated (you only need go to YouTube to experience thousands of ASMR videos yourself).

Named Immeasurable Thirst/Thirst Feeling, the disturbingly realistic wet rubber tongue – which moves up and down through a robotic system created by Bradford – can be found towards the back of the museum.

Just don’t all try to take it home.

TikTok creator Anushka Chadha first posted it to her channel after visiting the Design Museum with a friend.

To a soundtrack of Slipping Through My Fingers from Mamma Mia, she wrote, mouth agape in the video: “the girls were too stunned to speak”.

But other viewers were not – commenting on their hundreds on how much they wouldn’t mind a device of their own.

“Drop the link”, one wrote, while someone else asked: “Is this on Amazon?” Others joked: “I must be broken because this gave me butterflies”. And one women inevitably retorted: “Does this come with different speeds?”

You might be wondering why the tongue was made and what it’s doing at the Design Museum. Well, the exhibition – suitably entitled WEIRD SENSATION FEELS GOOD (and the largest on ASMR to date) – was put together in collaboration with the ArkDes centre in Stockholm, Sweden.

The show’s curators and featured artists want people to come and see the displays to experience their effect on the body and mind (just like ASMR).

“The world of ASMR is a community, a culture, and a creative field,” said the show’s curator, James Taylor-Foster. “In this sense, it’s a real site of imagination within an emergent field that acknowledges the internet as a territory for design.”

And Bradford’s inspiration for developing the disembodied tongue? More existential than you might expect.

He wrote on his website: “An object which appears to act on its own interest carries many suggestions regarding free will and the ‘self’ in a philosophical sense, and the friction between rational thought and one’s emotional experience of the world can be intensified when in a situation with conflicting sensory information.”

“Similarly to how a word can become absurd when uttered repeatedly, an action or a moment which is stuck in a loop can reveal some of the strangeness of everyday life.”

WEIRD SENSATION FEELS GOOD: The World Of ASMR is at the Design Museum, London until 16 October 2022.