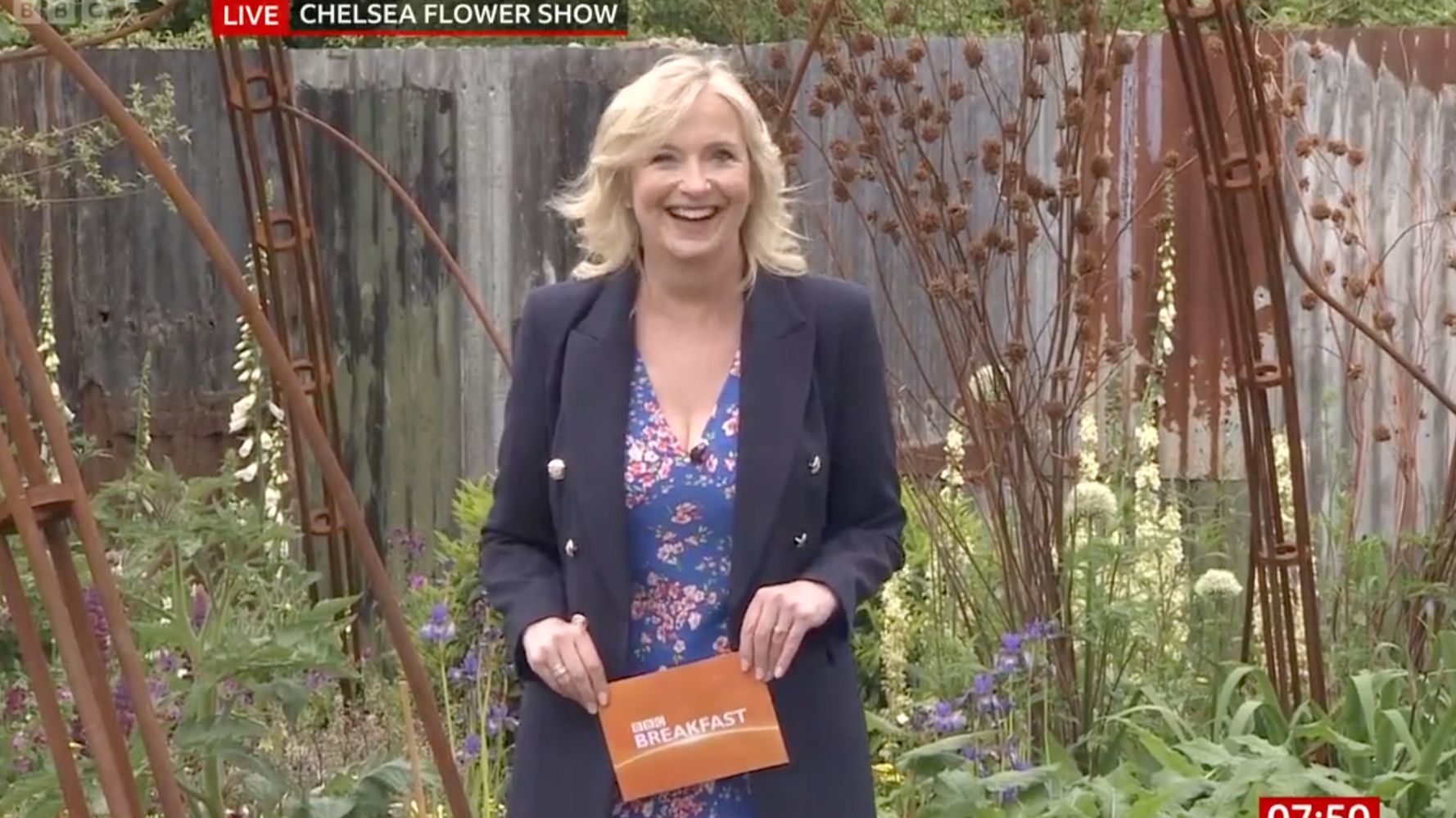 Carol Kirkwood had a surprise in store for BBC Breakfast viewers on Monday morning, as she revealed she recently got engaged to her partner.

During the broadcast, Carol was congratulated by her colleagues while presenting live from the Chelsea Flower Show.

“I’m a little bit concerned about you this morning. I don’t know how you’re managing to stand up with that giant rock on your left hand, Carol,” Sally Nugent joked, with the weather presenter then confirming her engagement.

“Congratulations from all of us, it’s the happiest news, we are so so delighted, congratulations,” Sally continued.

Carol then told viewers: “We got engaged when we were on holiday, so it’s lovely news and we’re both thrilled. So, thank you.”

While Carol has chosen to keep details about her relationship – including the identity of her new fiancé – private, she did speak a little about the proposal later in the show.

Confirming it was a “formal, one-knee thing”, she revealed: “We went out for a picnic. I had absolutely no idea.

“The weather was glorious. We were sitting chatting, and then my other half was a wee bit nervous for some reason, which I didn’t know.

“And he was fumbling in his pocket and then out came a ring and I thought he was joking actually, I didn’t believe him to start with, but it was lovely.”

Carol added that the moment was “quite romantic” before telling her co-presenters: “You’re making me really embarrassed now.”

Speaking about her relationship last year, Carol told PA: “He’s only a secret boyfriend because I never talk about him.

“I always feel that through my job, I put myself in the public eye and am very happy, but my partner and my family and my friends haven’t, so I’m hugely respectful of their privacy.

“I just don’t talk about them, other than to say that my partner is drop-dead gorgeous, he’s funny, he makes me very happy.”

She added: “He gets up at quarter to three in the morning to make me a cup of tea before going to work – if that’s not romantic, I don’t know what is.”

BBC Breakfast airs every weekday from 6am on BBC One.

A New Billionaire Was Created Every 30 Hours During The Pandemic, Oxfam Reports

Billionaire wealth has increased to staggering levels amid the Covid pandemic, with a new billionaire being created every 30 hours over the past two years, per a new report from Oxfam.On Sunday, anti-poverty organisation Oxfam released a report that found that from March 2020 to March 2022, some 573 people became new billionaires. Meanwhile, this year alone Oxfam expects more than 260 million people to be pushed into extreme poverty — […]