Biden On Texas School Shooting: ‘Why Are We Willing To Live With This Carnage?’ 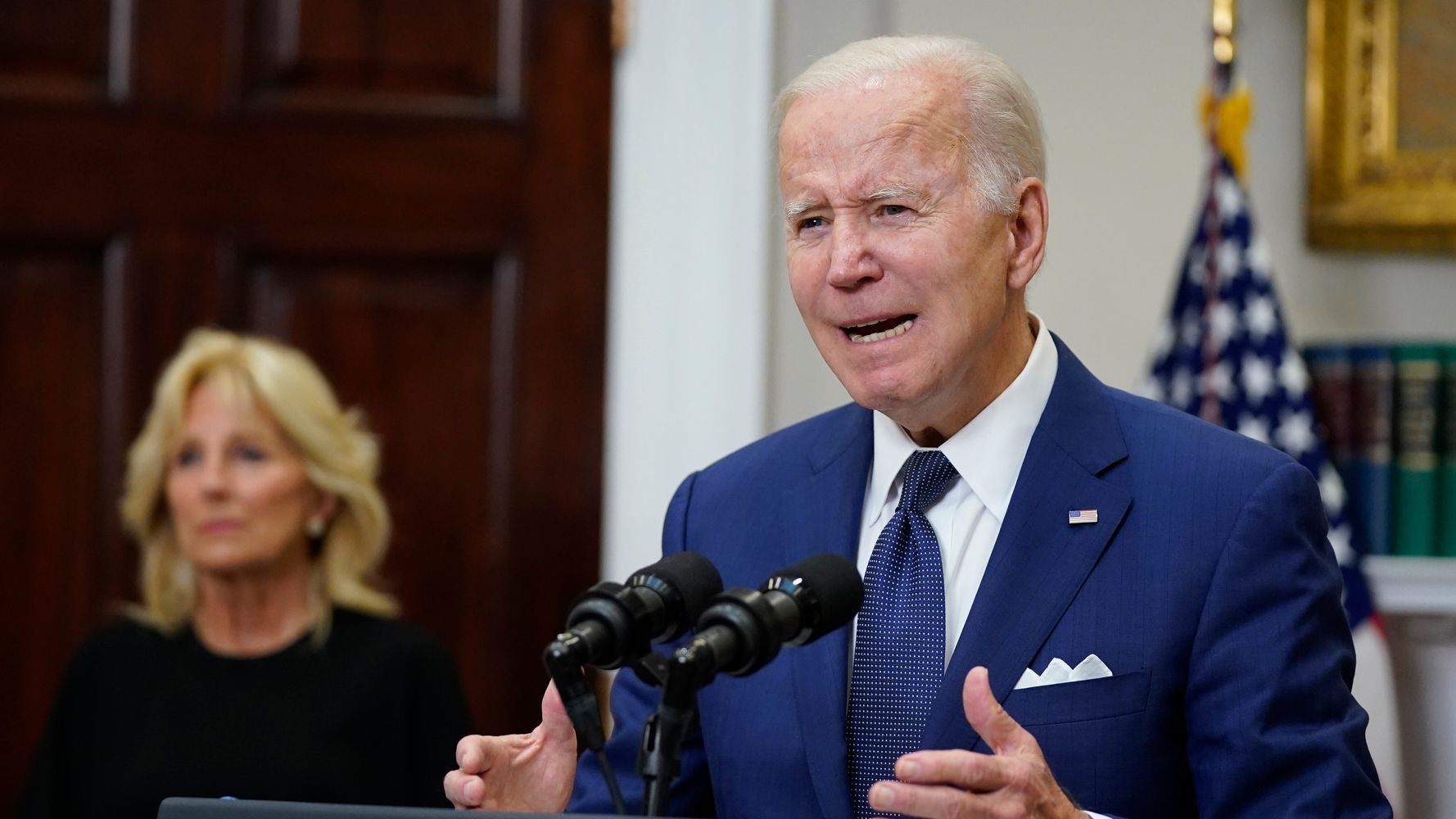 “As a nation, we have to ask: When in God’s name are we gonna stand up to the gun lobby … do what we all know in our gut needs to be done?” Biden said in an emotional speech from the White House.

“Why are we willing to live with this carnage? Why do we keep letting this happen? Where in God’s name is our backbone?” the president said. “It’s time to act. It’s time for those who obstruct or delay or block common sense gun laws, to let you know: We will not forget. We can do so much more, we have to do more.”

At least 18 young students and three adults were killed after an 18-year-old gunman opened fire at Robb Elementary School on Tuesday afternoon. The shooter was killed by responding officers.

And the shooting in Uvalde came only 10 days after 10 Black people were shot dead by an 18-year-old white supremacist at a supermarket in Buffalo.

“I am sick and tired of it. We have to act,” Biden said, noting he has worked throughout his political career to try to pass common sense gun laws. He was vice president when the Sandy Hook shooting occurred.

“The idea that an 18-year-old kid can walk into a gun store and buy two assault weapons is just wrong,” the president added. “For God’s sake, we have to have the courage to stand up to the industry.”

“To lose a child is like having a piece of your soul ripped away. There’s a hollowness in your chest. … And it’s never quite the same,” Biden said as he asked the nation to pray for the families.

Florence Pugh and Will PoulterFlorence Pugh has set the record straight amid speculation that she and fellow actor Will Poulter are an item, after photos of them on a group holiday together sparked plenty of conversation online.Earlier this week, the two British stars – who appeared together in the 2019 horror film Midsommar – were snapped by paparazzi photographers on the beach in Ibiza.The photos were quickly shared online, leading many […]