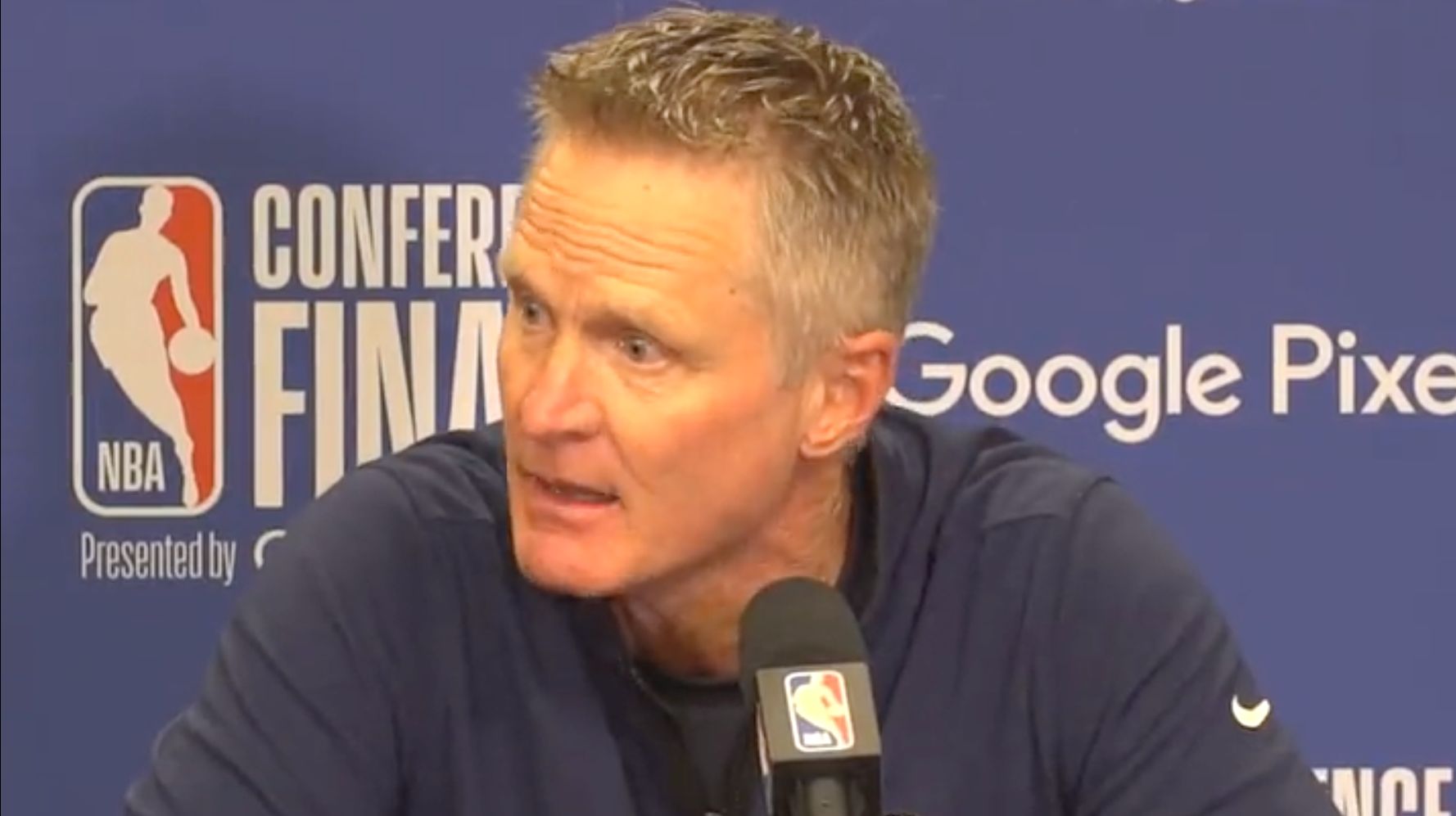 Steve Kerr, coach of the Golden State Warriors, chose not to discuss his basketball team’s game on Tuesday night and instead used his platform to condemn the lack of gun control in the States.

Speaking just hours after at least 21 people, including 19 children, were killed in an elementary school shooting in Texas, the coach delivered an emotional plea for action to stop the violence.

“Any basketball questions [tonight] don’t matter,” Kerr said, shortly before his team’s playoff to the Dallas Mavericks in Texas.

Holding back tears, he recounted how just days before, elderly black people were targeted in a supermarket in Buffalo, and earlier this month, Asian churchgoers were killed in southern California.

“And now we have children murdered at school,” he added.

Smacking the table as he starts to shout, Kerr said: “When are we going to do something?”

“I’m tired, I’m so tired of getting up here and offering condolences to the devastated families that are out of there.

″I’m so tired, I’m sorry, of the moments of silence. Enough!”

A longtime advocate of gun control, Kerr’s father was shot dead in a terror attack in Beirut back in 1984.

In his speech on Tuesday, Kerr pointed out that there were 50 senators refusing to pass a law on background checks on anyone wishing to purchase a firearm.

He has repeatedly backed this bill, which passed the US House of Representatives last year but did not get to the Senate.

He claimed: “There’s a reason they won’t vote on it – to hold onto power.”

Addressing those senators, Kerr pleaded: “I ask you, are you going to put your own desire for power ahead of the lives for our children, and our elderly, and our churchgoers? Because that’s what it looks like. It’s what we do every week.

″I’m fed up, I’ve had enough, I’m going to play the game tonight but I want every person here, every person listening to this, to think about your own child, or grandchild, or mother, father, sister, brother.

“How would you feel if this happened to you today? We can’t get numb to this.”

He pointed out that the public cannot just have a moment of silence before continuing with business as usual.

“Fifty senators in Washington are going to hold us hostage. Do you realise that 90% of Americans, regardless of political party, want background checks?”

Not waiting for any media questions, Kerr walked quickly away from the microphone and off camera.

The clip has since been viewed more than 17 million times.

With more than 600,000 likes on Twitter in less than 12 hours, it definitely seems like he said what everyone is thinking – including Taylor Swift…

Filled with rage and grief, and so broken by the murders in Uvalde. By Buffalo, Laguna Woods and so many others. By the ways in which we, as a nation, have become conditioned to unfathomable and unbearable heartbreak. Steve’s words ring so true and cut so deep. https://t.co/Rb5uwSTxty

His words echo the stance US president Joe Biden has also taken in the wake of the shooting.

From the White House last night, he said: “As a nation, we have to ask: When in God’s name are we gonna stand up to the gun lobby… do what we all know in our gut needs to be done?

“Why are we willing to live with this carnage? Why do we keep letting this happen? Where in God’s name is our backbone?

“It’s time to act. It’s time for those who obstruct or delay or block common sense gun laws, to let you now: we will not forget. We can do so much more, we have to do more.”

As a nation we must ask: When in God’s name will we stand up to the gun lobby?

When in God’s name will we do what needs to be done?

I’m sick and tired of it. We have to act.

What Have White People Learned From All Their Black Lives Matter Reading?

These books hit the bestsellers list in June 2020 ... what happened next?Wednesday May 25 marks two years since the death of George Floyd. The 46-year old African American man was arrested and killed after police officer Derek Chauvin kept his knee on Floyd’s neck for eight minutes and 46 seconds. This came only months after the killings of Breonna Taylor and Ahmaud Arbery.As well as prompting a new wave […]