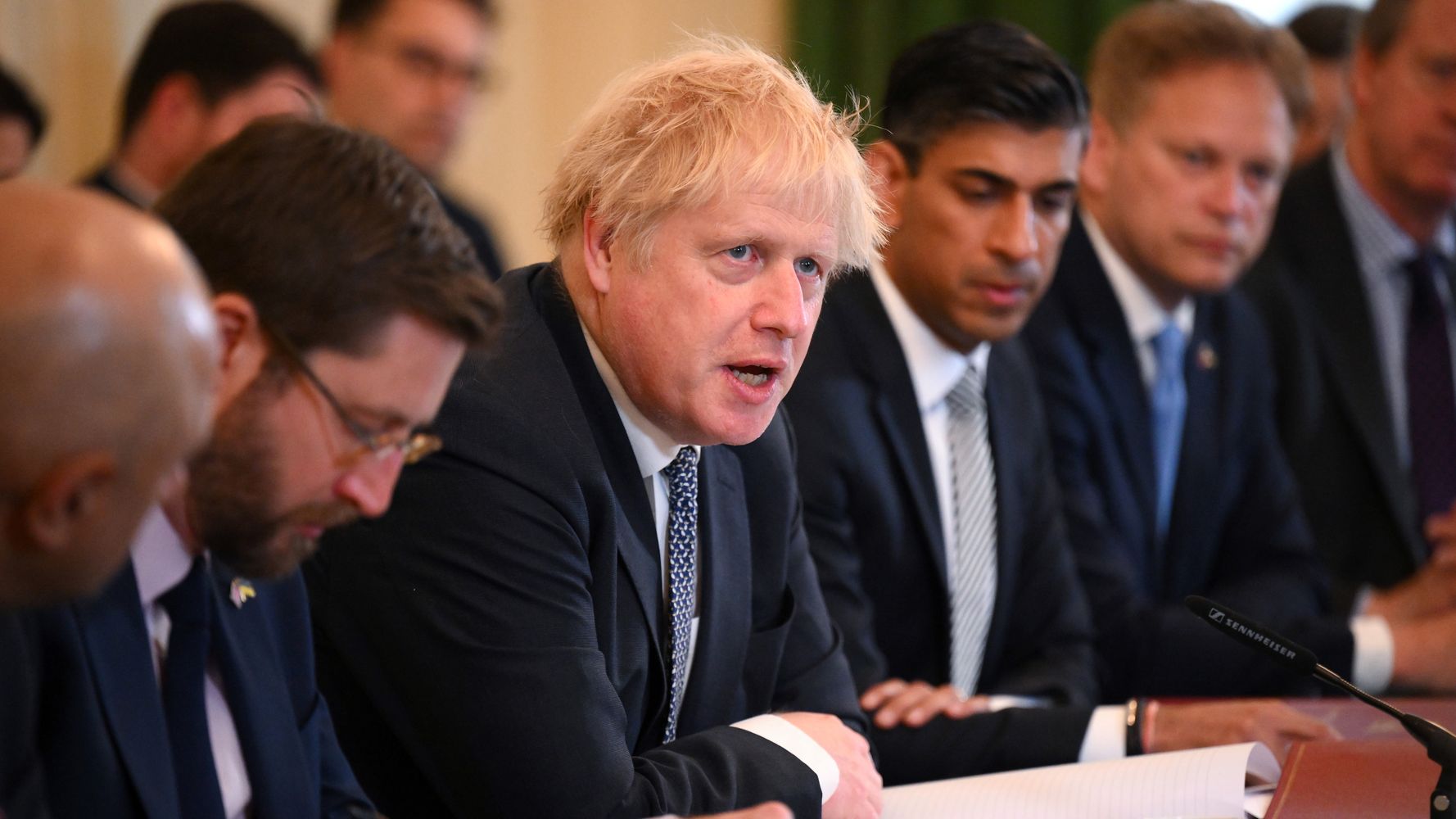 The chancellor is expected to reveal a windfall tax on Thursday in a bid to ease the cost of living crisis, even though the Tories have been shouting down the proposal for weeks.

The one-off levy is likely to fund a new support package and help households facing a huge squeeze on the finances due to inflation, increasing energy bills and higher national insurance tax.

Oil and gas producers have seen their profit margins grow due to the soaring global energy prices prompted by the war in Ukraine. The tax on these finances may make more than £7 billion in profit, according to some estimates.

Some reports suggest Sunak will now cut energy bills by £400 through the windfall tax, but the government has not exactly been enthusiastic about the suggestion from the get-go.

Here’s a breakdown of all the times Tory ministers dismissed the idea.

Boris Johnson: ‘Not for this government’

“This government is not in principle in favour of higher taxation,” replies the PM#PMQs https://t.co/tzutMxhAGm pic.twitter.com/cmd0qR3Q2H

When pressed in PMQs by Keir Starmer about the windfall tax only last week, the prime minister said: “This government is not in principle in favour of higher taxation.”

Claiming that this was more of a Labour pursuit than a Conservative one, Johnson continued: “What we want to do is take a sensible approach governed by impact on investment and jobs.”

It’s worth noting that the government did actually increase national insurance tax only in April.

Boris Johnson: ‘Not the right thing’

The prime minister also told LBC two weeks ago that a windfall tax would reduce investment from oil and gas companies.

“The disadvantage with those sorts of taxes is that they deter investment in the very things that they need to be investing in – new technology, in new energy supply.”

At the beginning of the month, the prime minister said these large firms “don’t want a windfall tax”, claiming: “That is because it would stop investment in new technology and new green power that we need.”

This claim came after the boss of BP suggested his company would still want to invest even if it had to pay a windfall tax.

Rishi Sunak: Not ‘naturally attracted’ to this idea

But the chancellor says energy companies are making significant profit adding, “what I want to see is significant investment back into the UK economy”https://t.co/foyW0xm8Gd pic.twitter.com/ggDYx4wjlL

Speaking to the BBC, Sunak said: “I’m not naturally attracted to the idea of windfall taxes in general.”

However, he conceded that he was still on the fence about the idea, explaining: “These companies are making a significant amount of profit at the moment because of these very elevated prices.

“If that doesn’t happen then no options are off the table.”

The health secretary told the Welsh Conservative conference over the weekend that it went against his political beliefs to back such a tax.

He said: “Instinctively I don’t like it. I just think we’ve got to be really careful.

“As a country, we have a very hard-won but strong reputation on being pro-business, welcoming investment.”

He added that a windfall tax “could have an impact in the long-term that we would come to regret”.

Liz Truss: ′There’s a cost in imposing such a tax’

“We are in a very, very difficult economic situation.”

Foreign Secretary Liz Truss admits the UK is in a difficult situation, but expands it out to the rest of the world and remains sceptical about a windfall tax.

The foreign secretary did acknowledge that the UK was in a “very, very difficult economic situation” at the moment, but claimed the government should be cutting taxes rather than introducing one on energy companies.

She told Sky News: “The problem with a windfall tax is it makes it difficult to attract future investment into our country, so there is a cost in imposing a tax like that.”

Kwasi Kwarteng: ‘Never been a supporter’

Kwarteng told the BBC’s Sunday Morning Show on May 15 that he was firmly opposed to the tax. The business secretary went on to tell Sky News: “I’ve never been a supporter of windfall taxes.

“I have been very clear on that publicly, I think it discourages investment and the reason why we want to have investment is because it creates jobs, it creates wealth and it also gives us energy security.”

The Northern Ireland secretary claimed that the proposal “sounds attractive but doesn’t work”. He said to The Daily Telegraph: “It puts off investment both in that sector and, absolutely, the risk in others.”

He added that ministers were “all very right to be wary of windfall taxes”, explaining: “I’m a Conservative, I believe in a low tax economy. We want to see as much money in people’s pockets as we possibly can and businesses investing in high productivity and high skilled high paid jobs.”

He accused Labour of prioritising “a few headlines” over supporting business” in the opposition party’s bid to champion a windfall tax.

Suella Braverman: ‘Not a great idea’

The justice secretary and deputy prime minister told Sky News at the end of April: “If you look at Labour’s policy of a windfall tax, that would damage investment in energy supplies we need and hike bills. It’s disastrous. It’s not serious.”

The Brexit opportunities minister explained his opposition to the proposal last week: “I’m merely saying there is this honey pot of business you can just raid whenever you feel like is not true.”

“Retrospective taxation is difficult because you are changing the understanding of what people do when they invest.”

He told reporters: “I think the idea of a windfall tax as a panacea to the inflation problem is wrong.”

So why are the Tories introducing it again?

Inflation has reached a 40-year high at 9%, although the poorest households are experiencing an average inflation rate even higher at 10.9%. Millions of UK adults have admitted to skipping at least one meal a day to cut costs, while the UK economy as a whole is lagging behind the rest of the G7 in the wake of pandemic recovery.

France’s Le Monde newspaper described the United States as a country “trapped in madness” after yet another mass shooting at a school claimed the lives of 19 children and two teachers in Texas earlier this week. The newspaper called it a cycle of despair that keeps repeating. “The one in Parkland, in 2018, changed nothing despite the exceptional activism of students who had escaped. They believed it was possible to bring a country […]