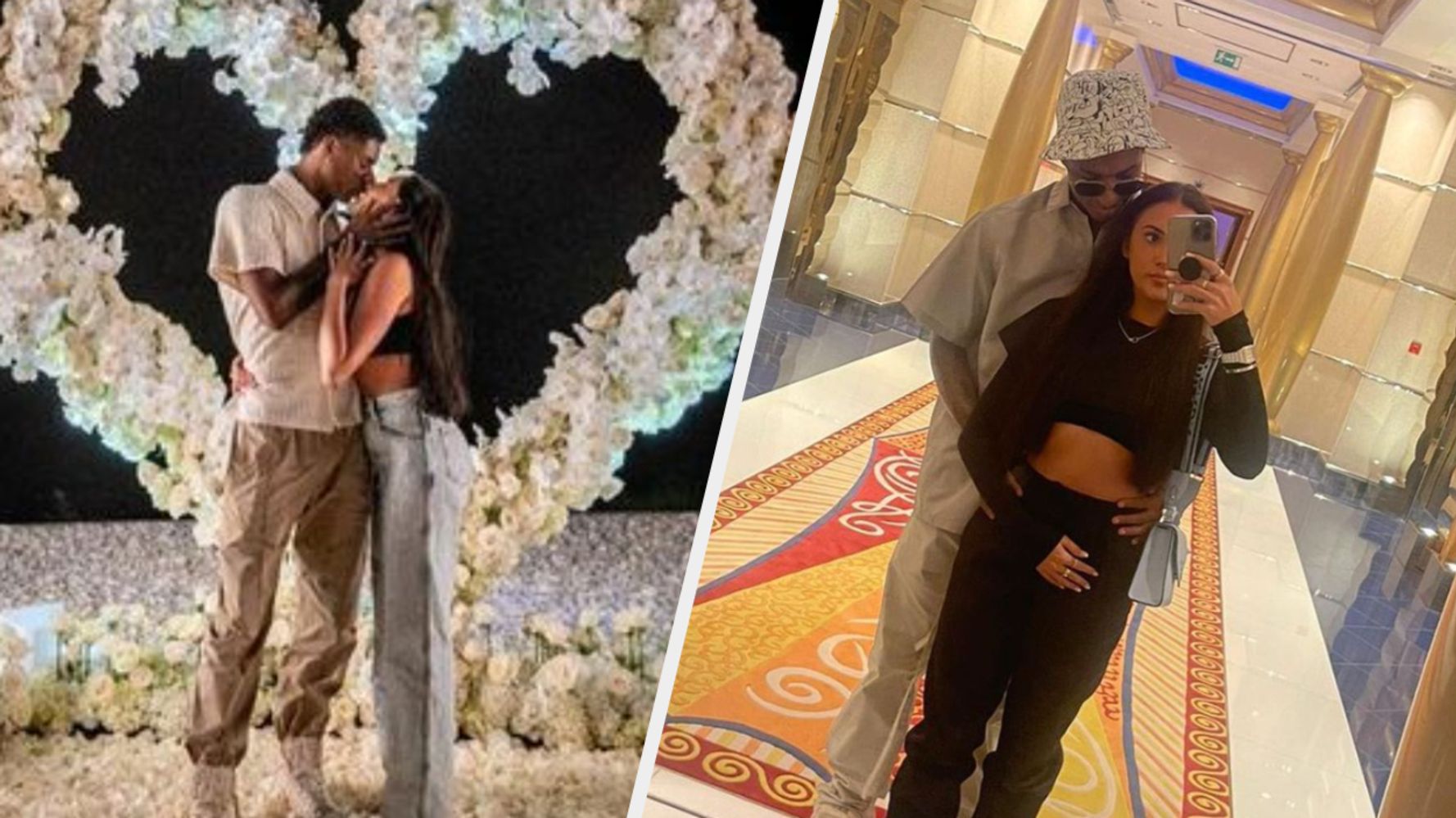 Marcus Rashford has announced that he and his long-time girlfriend Lucia Loi are engaged.

The pair have been in a relationship since they were teenagers after meeting in high school, and shared their exciting news in a joint Instagram post on Wednesday night.

According to The Sun, Marcus and Lucia got engaged during a holiday to California, with their announcement being accompanied by a romantic photo-shoot showing them kissing in front of a heart-shaped floral display.

He also captioned the photo with the date of their engagement.

Many of the England forward’s teammates were quick to congratulate the couple, including Ro-Shaun Williams, Callum Wilson and James Garner, while the official Manchester United account commented: “So happy for you both!”

Although they were rumoured to have briefly split last year, Marcus confirmed things were back on in January, when he posted a collage of photos of himself and Lucia alongside the message: “Through thick and thin.”

Last year, he was awarded an MBE for his campaign work to support vulnerable children.

More recently, Marcus’ book You Are A Champion – intended to help young readers “be the best you can be” – was named Book Of The Year at the British Book Awards.

In the autumn, it’s expected that Marcus will join the rest of his England teammates when the 2022 World Cup gets underway in Qatar.

The Tory cabinet is about to make another U-turn announcement todayThe chancellor is expected to reveal a windfall tax on Thursday in a bid to ease the cost of living crisis, even though the Tories have been shouting down the proposal for weeks.The one-off levy is likely to fund a new support package and help households facing a huge squeeze on the finances due to inflation, increasing energy bills and […]