This Viral TikTok Ad Wants You To ‘Thank The Government’. Yes, Really 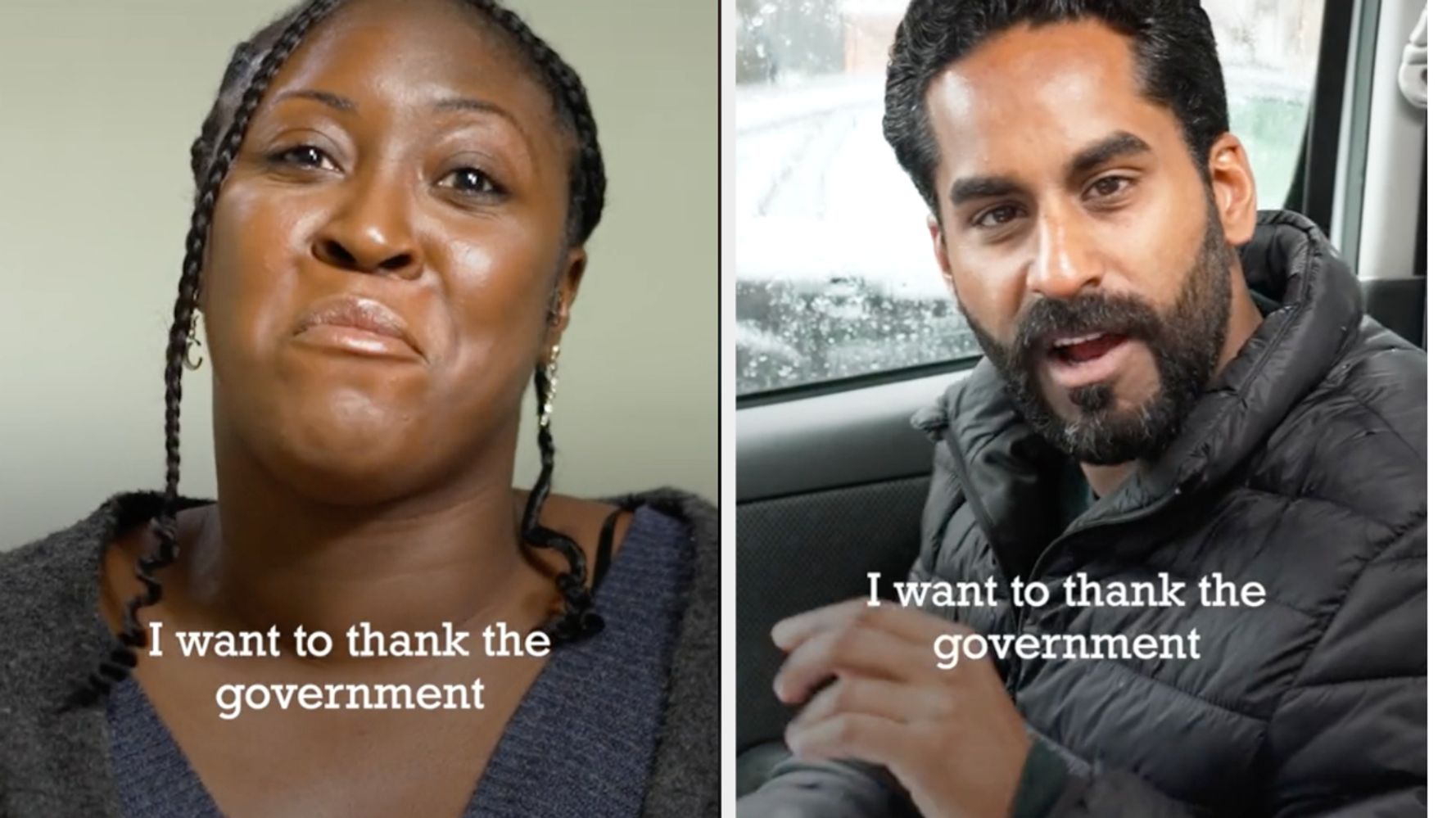 Given the cost of living crisis, the ongoing fallout from Brexit, and a state of politics that’s bulldozing our lives, it’s hard to feel grateful to the powers that be.

So it’s strange to see the words “I want to thank the government” going viral on TikTok.

But don’t worry. This isn’t about fawning over politicians online. Instead, young people are improbably sharing and showing their support for a Trades Union Congress (TUC) advertisement – in their thousands.

The clever clip satirises all we should be thankful for right now. Liker err, that £200 the government said they’d loan people to help with bills and later realised wasn’t enough (in the wake of the ongoing Partygate row, chancellor Rishi Sunak is set to make a u-turn on this today ).

“I want to thank the government for cutting £20 of my universal credit,” says one of the smiling faces in the TUC clip with a comedically straight-face.

“Before I was able to eat AND heat my home, it’s so much simpler now that I only have to do one.”

Another adds, with a big grin: “I want to thank the government for promising to bring in a tax cut… in two years time.”

The campaign ad has been viewed more than 1.5 million times on its TikTok accounts and viewers are also duetting it by reacting in their own videos.

The TUC has encouraged those who have viewed it and want to show their own “gratitude” to join in giving thanks at a national march and rally next month.

“Working people have had enough. Everything’s going up but our wages,” reads the call to action on the TUC website for the We Demand Better: March, that is meeting in London on Saturday June 18.

Naturally, the video has young people thanking the government for all the things they can no longer do.

One person wrote: “I’d love to come [to the rally] but the cost of the fuel prohibits… ironic really.”

Another joked: “I wish I could come but I can’t afford the rail fare… I’d like to thank the government for that.”

Others shared words of support.“I love this! When I heard the first line “I want to thank the government” my eyes rolled so hard and I nearly scrolled, glad I didn’t.”

A spokesperson from the TUC told HuffPost UK: “We are really pleased the video has struck a chord. Loads of viewers have pledged to join the demonstration after watching it.

“We need as many people as possible to march us with on Saturday June 18. Britain is facing a living standards emergency. It’s really important that young people – and people of all ages – make their voices heard.”

Wine time Fridays in Downing Street have been banned, after it was revealed lockdown breaking parties were held in which staff “drank excessively”.Members of the No.10 press office brought in wine on Fridays to mark the end of the week – an event known as “wine time Friday” or WTF for short.Bottles of wine would be placed on a table in a small room adjacent to the main press office […]