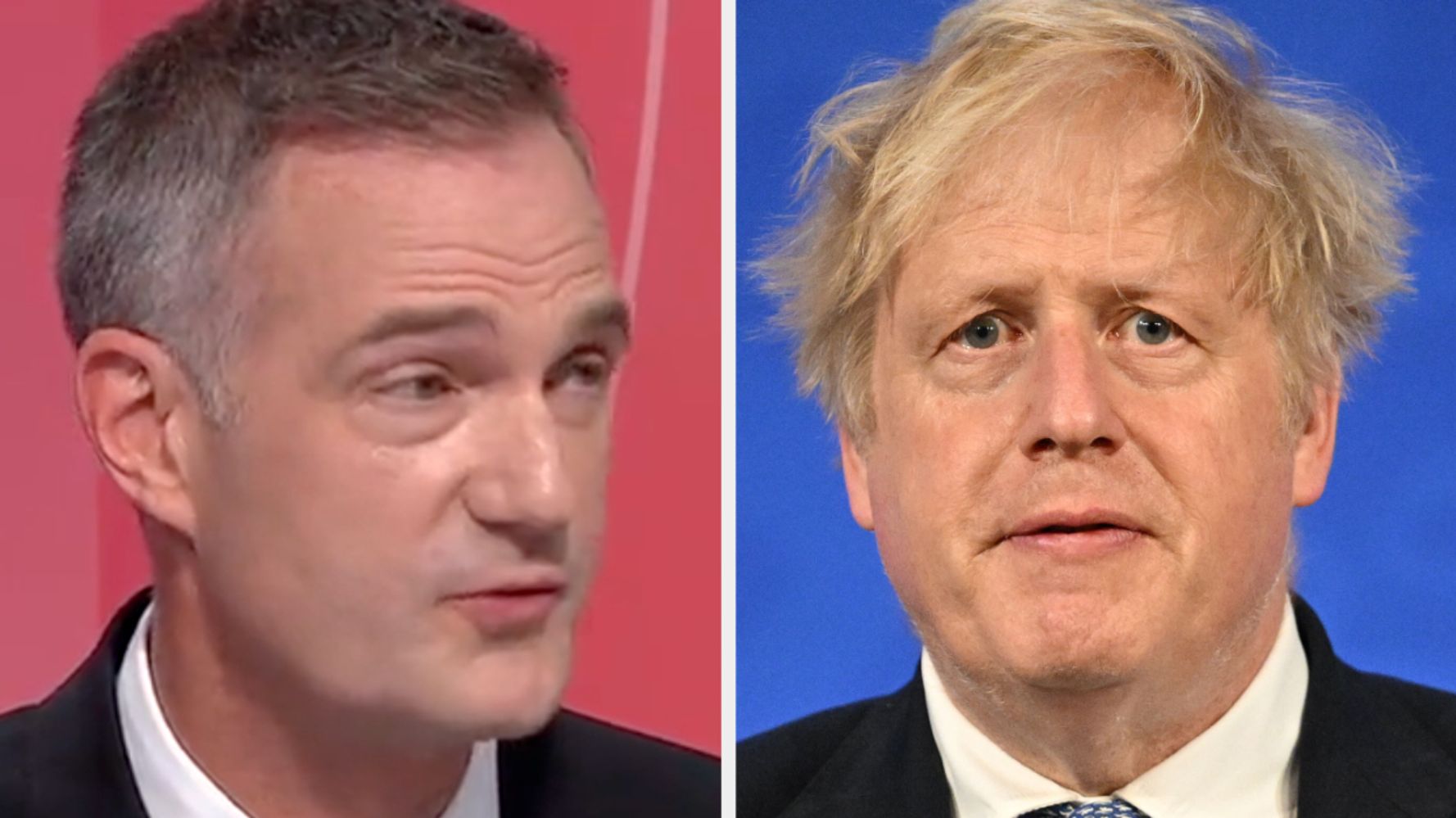 Labour’s Peter Kyle offered a stark take on what’s happened to the UK under Boris Johnson’s leadership on Thursday night, while appearing on BBC Question Time.

Kyle said: “The first and only duty of a leader is to make sure the culture overall is right and the culture is delivering the outcomes that it needs to be doing so.

“Boris Johnson failed on that.”

He alleged the publication of the Sue Gray report – the internal probe into the Downing Street parties which took place during lockdown – proves Johnson “lies, he is reckless and he’s incompetent”.

The civil servant did blame “senior leadership” at the top of the government for the serial breach of Covid rules and Johnson said he took full responsibility for everything that happened – despite allegedly not being aware of how out of hand these parties became during a deadly pandemic.

Kyle continued: “The reason why this is so important is if we now look at how our country is run, the fact that our international reputation is being shredded, the fact that the protocol is not delivering and the negotiations aren’t being sorted out.”

The Northern Ireland Protocol, which the prime minister negotiated back in 2019, has caused a stalemate in Stormont this month. Unionists are refusing to sit in the devolved government until Johnson intervenes to stop the country feeling so separate from the rest of the UK.

Kyle then pointed out: “There’s almost seven million people waiting for treatment in the NHS, no more so than here in Northern Ireland.

“We have 56,000 people who are victims of serious crime who are waiting for their day in court [and] we have an economy with low growth, high tax, high interest rates.”

He claimed this is all because of the person running the country.

“That’s why what we see in the Sue Gray report, what we know now for a fact, about the behaviour and the way the leader of our country works, is actually having a massive impact,” Kyle explained. “Not just on the culture in No.10 but in the way our country is being run and perceived as a country around the world.

“Our country deserves better and we will not get better until Boris Johnson is gone.”

His words came at a time where Johnson’s time in No.10 is once again looking unstable, with various Tory MPs coming forward to call for his resignation.

“The person running our country lies, he is reckless and he’s incompetent… our country deserves better and we will not get better until Boris Johnson is gone”

Labour’s @peterkyle calls for the prime minister to resign in the wake of the Sue Grey report. #bbcqt pic.twitter.com/jnbyFXmj0K

Addressing the Treasury’s new measures aimed at reducing the cost of living crisis (announced the day after the Gray report was published), Stewart suggested Downing Street was struggling.

“They won’t cut VAT on fuel, which is basic to save people’s lives.

“And the reason they won’t make these decisions is because they’re fighting, day by day, these headlines.

“The whole of Downing Street is about one thing, which is the survival of the prime minister.

“They are sacrificing everything, the country, the party, their careers, to try to keep this monstrous ego floating around in No.10.”

He said Johnson’s ability to downplay errors makes you feel like an “aggrieved partner”, but that these issues “mount up to make our country feels like Berlusconi’s Italy”.

Silvio Berlusconi served as the Italian prime minister for nine years in total, known for his populist policies.

Rory Stewart: “They won’t make basic decisions… as the whole of Downing Street is about one thing, which is the survival of Johnson, they are sacrificing everything… to try to keep this monstrous ego floating around in No.10.. our country feels like Berlusconi’s Italy”#GMB pic.twitter.com/zyVpqARdu7

A still from the upcoming slasher film "Winnie the Pooh: Blood and Honey."Breaking free of Disney’s clutches, A.A. Milne’s earliest Winnie The Pooh stories entered the public domainearlier this year. Now, inevitably, some of Milne’s most beloved characters are going to partake in a whole lot of murder.Jagged Edge Productions, a U.K.-based indie film studio, recently released stills from its upcoming slasher movie Winnie The Pooh: Blood And Honey on Instagram. By […]