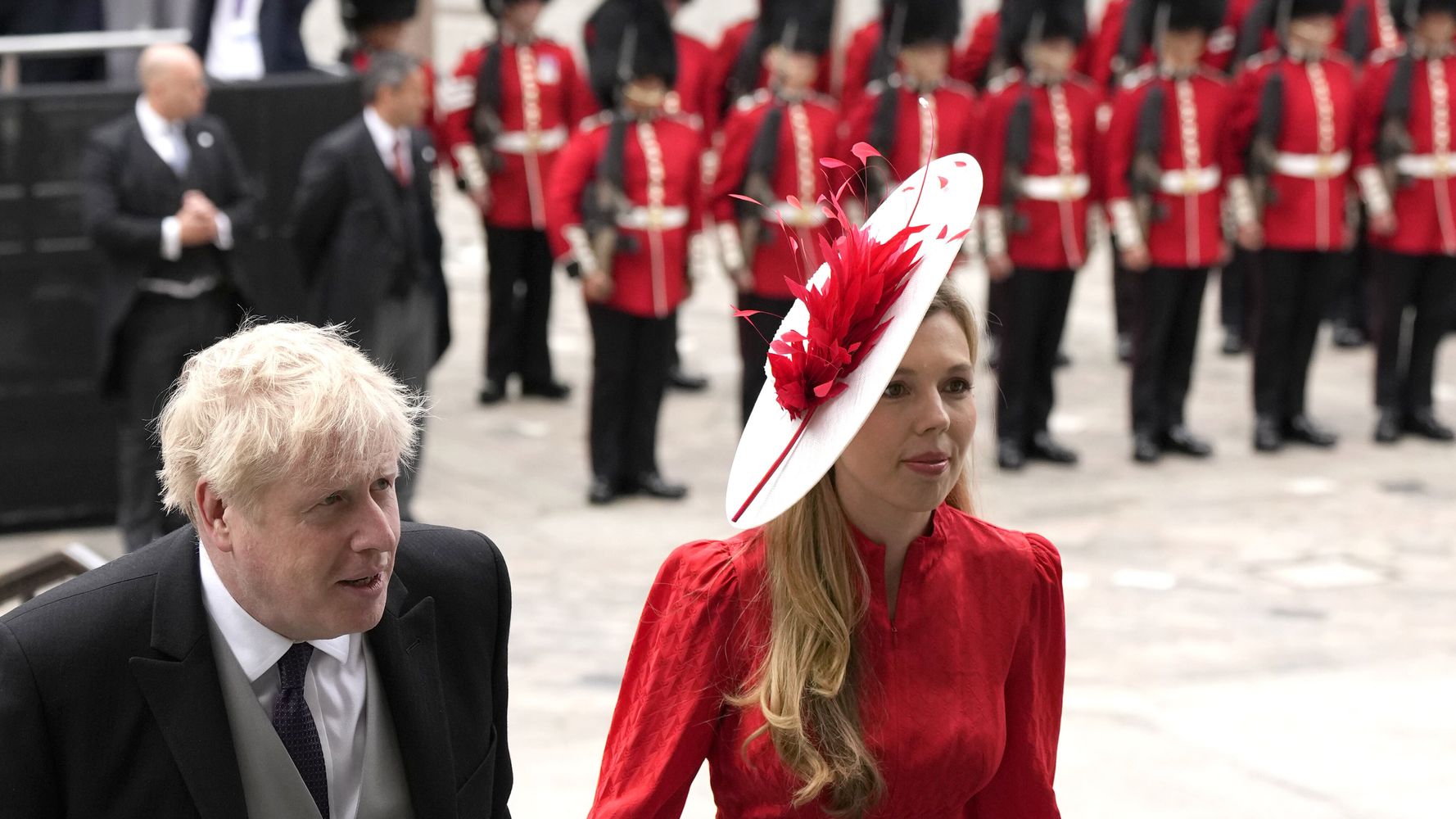 Boris Johnson and his wife were cheered as well as booed by crowds as they attended a Jubilee church service for the Queen, Grant Shapps has insisted.

The transport secretary clashed with the BBC’s Sophie Raworth after she asked him why the prime minister and Carrie Johnson were jeered by the public.

“There were also people cheering and you’re not asking why they did that,” Shapps said.

Television footage showed the PM and his wife clearly being booed as they entered and left the national service of thanksgiving for the Queen at St. Paul’s Cathedral on Friday.

Culture secretary Nadine Dorries, a Johnson loyalist, leapt to the PM’s defence by insisting there were “far, far more cheers” for the couple – prompting a wave of online mockery.

Appearing on the BBC’s Sunday Morning programme, Shapps also attempted to downplay the extent of public opposition to his boss.

He said: “Look, politicians don’t expect to be popular all the time. You know, getting on with running the country is a job where you have to take difficult decisions a lot of the time.

“I wasn’t there, but I heard people booing, I heard people cheering, I think it’s best to get on with the job at hand – running the country – rather than being overly distracted by the clips that you just played.”

Shapps said George Osborne, who was Chancellor at the time, was booed at the 2012 Olympics opening ceremony but the Conservatives still went on to win the 2015 election.

Asked why other politicians – including former PMs like Tony Blair and Gordon Brown – who attended the St. Paul’s service were not booed, Shapps said: “Well, he’s the Prime Minister, rather different from an ex-prime minister or a more minor politician.”

Johnson faces another huge week at Westminster amid mounting speculation he could face a vote of no confidence in his leadership.

In a further blow for the PM, a new poll has revealed that the Tories are 20 points behind Labour in Wakefield, where voters will go to the polls on June 23 in a crunch by-election.

Shapps said he did not believe a confidence vote would take place, but insisted Johnson would win it if one did happen.

Sam Fender and Johnny DeppSam Fender has issued an apology after sharing a photo of himself with Johnny Depp on his Instagram page, in which he described the actor as a “hero”.Earlier this week, Depp won a defamation lawsuit against his ex-wife Amber Heard, over a 2018 article she wrote for the Washington Post.Although Heard’s article did not mention Depp by name, his lawyers alleged that it falsely implied he […]