Boris Johnson Could Soon Be Ousted From No.10 And The Jokes Are Rolling In 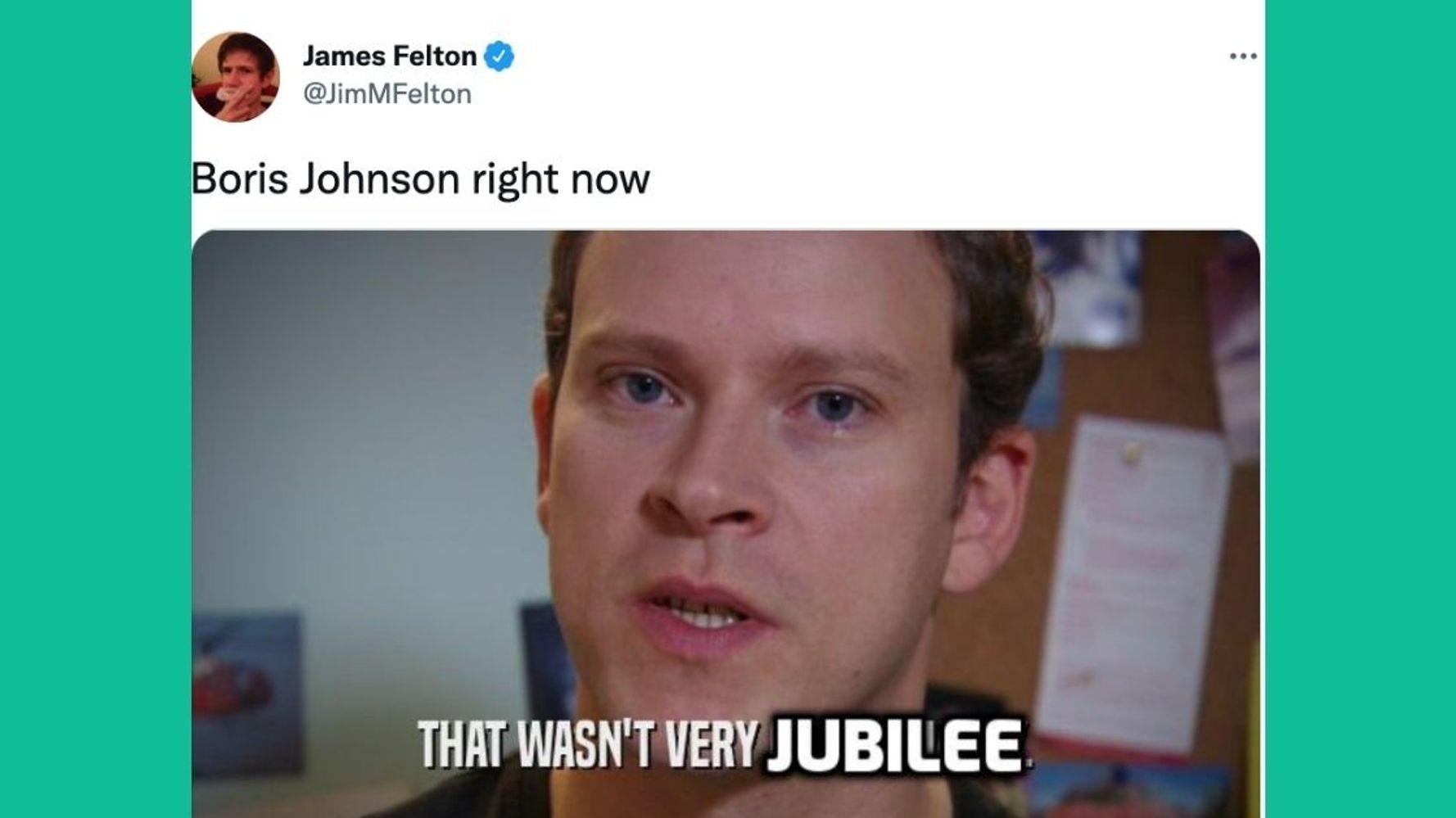 Boris Johnson will be heading into a confidence vote this evening, meaning there is a possibility he could be ousted from Downing Street – and Twitter, as usual, has been quick to respond.

Letters of no confidence in the prime minister from other Tory MPs reached the threshold of at least 54 on Monday morning.

This means that, between 6 and 8pm, every Conservative MP will vote on whether to keep Johnson in the job in a secret ballot.

If more than half say they no longer want Johnson to be the Conservative leader – and therefore prime minister – he will have to step down.

After months of speculating whether the prime minister might actually be on his way out following the partygate scandal, his changes to the ministerial code and problems with the Northern Ireland Protocol, Twitter did not hold back as it reacted to the news.

A bunch of wannabes compete to double cross each other in the vain hope of finding fame and fortune.

And then Love Island is on. https://t.co/Yx13g8TMew

BREAKING: Conservative MPs are going to vote tonight on if they have confidence in Boris Johnson to carry out the role of Prime Minister. Incredibly, some of them are expected to say that they do.

BREAKING: I must bring you the devastating news that a vote of no confidence in Boris Johnson has been triggered, following a woke leftie plot by his own MPs 😭

After Graham Brady receives the 54 letters required to trigger a confidence vote in Boris Johnson, Nadine Dorries insists most of them are letters of support.

Kay Burley on Boris Johnson facing a vote of no confidence tonight:

“Do you think somebody should tell him about the bunting?” pic.twitter.com/eNhkDyZb0g

Cheering to think Johnson could be gone tomorrow.

NEW: Graham Brady confirms I now have to work on my day off

Of course, not everyone was making jokes. Westminster pundits were also analysing what this could actually mean for Johnson, even if he does manage to win tonight’s vote:

Rules state that @BorisJohnson remains leader & is safe for a year if there are fewer than 180 votes against him tonight. History shows that PMs who “win” still end up losing – Thatcher resigned 8 days after winning, May within 6 months & Major lost to Blair in a landslide …

So what’s extremely funny about all of this is the likely outcome is Boris Johnson wins the vote of no confidence, but a large number of MPs vote against him, leaving him even more damaged but, under the rules, they can’t get rid of him for another year https://t.co/tAkv3hpBJC

If he wins it will be because the Tories don’t think they have a single person fitter to lead them or us than *Boris Johnson*. In the end, that’s the reason they’re fucked.

Every Tory MP has the simplest choice. Do they stand for any degree of decency & integrity in politics, or nothing more principled than what’s in it for them? It shouldn’t take a moment. https://t.co/IbR8KN28Fy

The party’s over for Boris Johnson.

Win this vote and he’d still be mortally wounded.

Whatever the result tonight it will be much harder for Boris Johnson to put the leadership question back in the box when there is a clear challenger for his job sitting on the backbenches behind him. Much like it was for Theresa May with Boris Johnson sat behind her.

The Cabinet’s cowardice is the only thing keeping Boris Johnson in power. He chose them well

What is most striking about UK politics seen from afar is the impression (accurate?) of near-zero discussion about the long term direction of the country. Just never-ending Westminster soap opera, empty positioning where policies and ideas should be, politics consuming itself.

It’s not yet clear exactly when the result of the vote will be announced.

Sir Graham Brady, the senior backbencher who is the chair of the 1922 committee, released a statement on Monday which confirmed: “The votes will be counted immediately afterwards.

Prince Louis on day four of the Platinum Jubilee celebrations for Queen Elizabeth II.Four days of celebrations for the Queen’s Platinum Jubilee may have finally drawn to a close, but the internet still can’t get over the antics of Prince Louis, the youngest son of the Duke and Duchess of Cambridge.On Thursday, the four-year-old was pictured next to his grandmother on the balcony of Buckingham Palace, screaming and covering his […]