Russia Is Being Blamed For The Global Food Crisis. Here’s Why 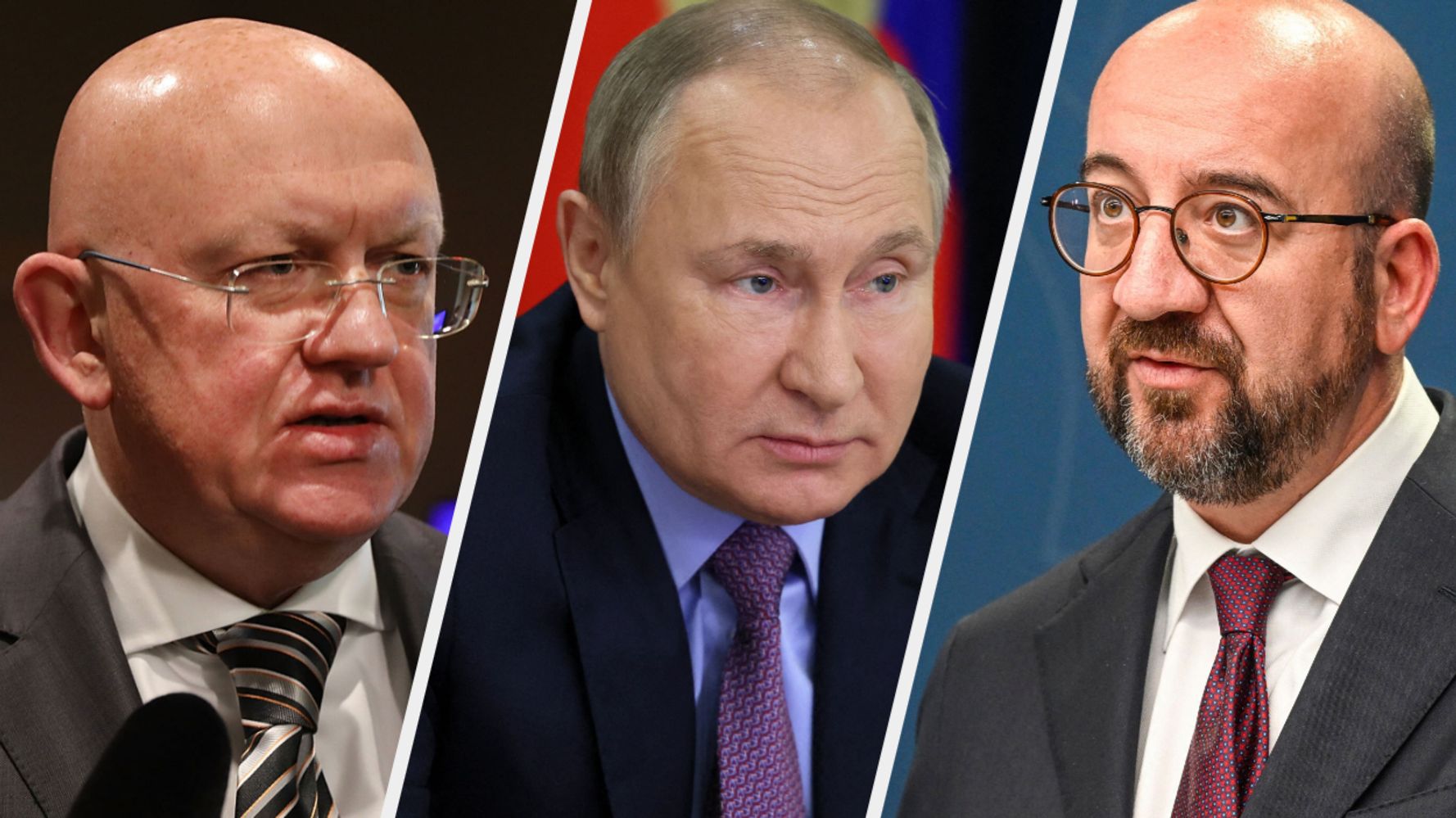 Russia refused to admit it has contributed to the global food crisis through its invasion of Ukraine during a tense UN meeting on Monday – but much of the international community thinks otherwise.

As European Council president Charles Michel pointed out, Russia’s blockade of key Ukrainian ports has prevented a key source of food reaching the rest of the world, including the UK.

Here’s what you need to know.

Plenty of grains, cooking oils, fuel and fertiliser are now significantly more expensive than they were before the war began.

After all, Russia and Ukraine provide almost a third of the global wheat supply, and approximately 69% of the world’s sunflower oil. Russia also exports fertiliser and Ukraine exports corn.

The price of vegetable oil shot up by 22% in price between April 2021 and April 2022, while sunflower oil increased by 60% just between February and March this year after Russia invaded.

More than 20 million tons of corn and wheat are now trapped in Ukraine due to the war.

Charles Michel didn’t hold back at laying the blame of the global food crisis at Russia’s feet during a UN security council meeting on Monday (a board Moscow cannot be removed from as it has a veto).

He claimed Russia was using food “as a stealth missile against developing countries” in its ongoing attempts to control Ukraine.

Russia’s ambassador Vassily Nebenzia was addressed directly by the EU chief who claimed he saw tons of grain and wheat stuck in the Ukrainian port of Odesa several weeks ago.

Michel also alleged that this blockade was due to Russian warships in the Black Sea.

He pointed out that Moscow’s attacks on Ukraine’s transport infrastructure and grain storage facilities further prevented planting and harvesting, effectively bringing production of the essential resources to a halt.

Michel continued: “This is driving up food prices, pushing people into poverty and destabilising entire regions.

Michel blamed the Russian forces for stealing grain from its occupied areas of Ukraine too, alleging the Kremlin was simultaneously “shifting the blame onto others”.

He said this was “propaganda pure and simple” and “cowardly” behaviour.

This is not the first time Russia has been accused of “weaponising” food production in its failing war efforts.

US secretary of state Antony Blinken has also said there were “credible reports” Russia was “pilfering” Ukraine’s grain exports to sell for profit.

In May, he said: “The Russian government seems to think that using food as a weapon will help accomplish what its invasion has not – to break the spirit of the Ukrainian people.”

The US also believe Russian cargo vessels have considering transporting stolen Ukrainian goods to 14 countries in Africa for profit.

Nebenzia promptly walked out of the UN meeting on Monday, while his deputy ambassador Dmitry Polyansky later wrote on Telegram that Michel had been “so rude”.

Nebenzia went on to tell Reuters he “couldn’t stay” after “the lies that Charles Michel came here to distribute”.

Instead, Russia has blamed Ukraine and the West for the delay in Ukrainian grain exports for the struggle African countries are facing in the crisis, and said it comes down to the sanctions.

The Kremlin has suggested these sanctions have affected shipping, banking and insurance costs.

It has suggested that it will allow food vessels to leave Ukraine if sanctions are lifted, althiough Ukraine has dubbed this move as blackmail.

Kremlin spokesman Dmitry Peskov told reporters: “The president will tell our African friends the real state of affairs, he will explain once again what is happening there, who has mined the ports, what is needed for grain to go, that no-one on the Russian side is blocking these ports.”

Elsewhere in the war

There’s no denying that the battle to control Ukraine has not gone to plan, but Russian president Vladimir Putin is not willing to give up yet.

Ukrainian forces even recaptured some part of the country over the weekend, although Russia has made gains in the south too, and is expected to start moving into the north.

However, as the ministry of defence tweeted in its latest update: “Russia will almost certainly need to achieve a breakthrough on at least one of these axes to translate tactical gains to operational level success.”

Russia’s main victory so far in Ukraine has been in Mariupol, which it claimed to have conquered last month.

According to estimates from Ukraine’s Armed Forces, Russia has lost 31,360 troops since the war began.

Susanna Reid and Dominic RaabDominic Raab put in an appearance on Good Morning Britain on Tuesday morning and immediately got into a heated exchange with presenter Susanna Reid.The deputy prime minister was on the ITV morning show to discuss the result of Boris Johnson’s confidence vote, but quickly became frustrated when he accused Susanna of talking over him.On Monday, it was confirmed that the Prime Minister had won his confidence […]