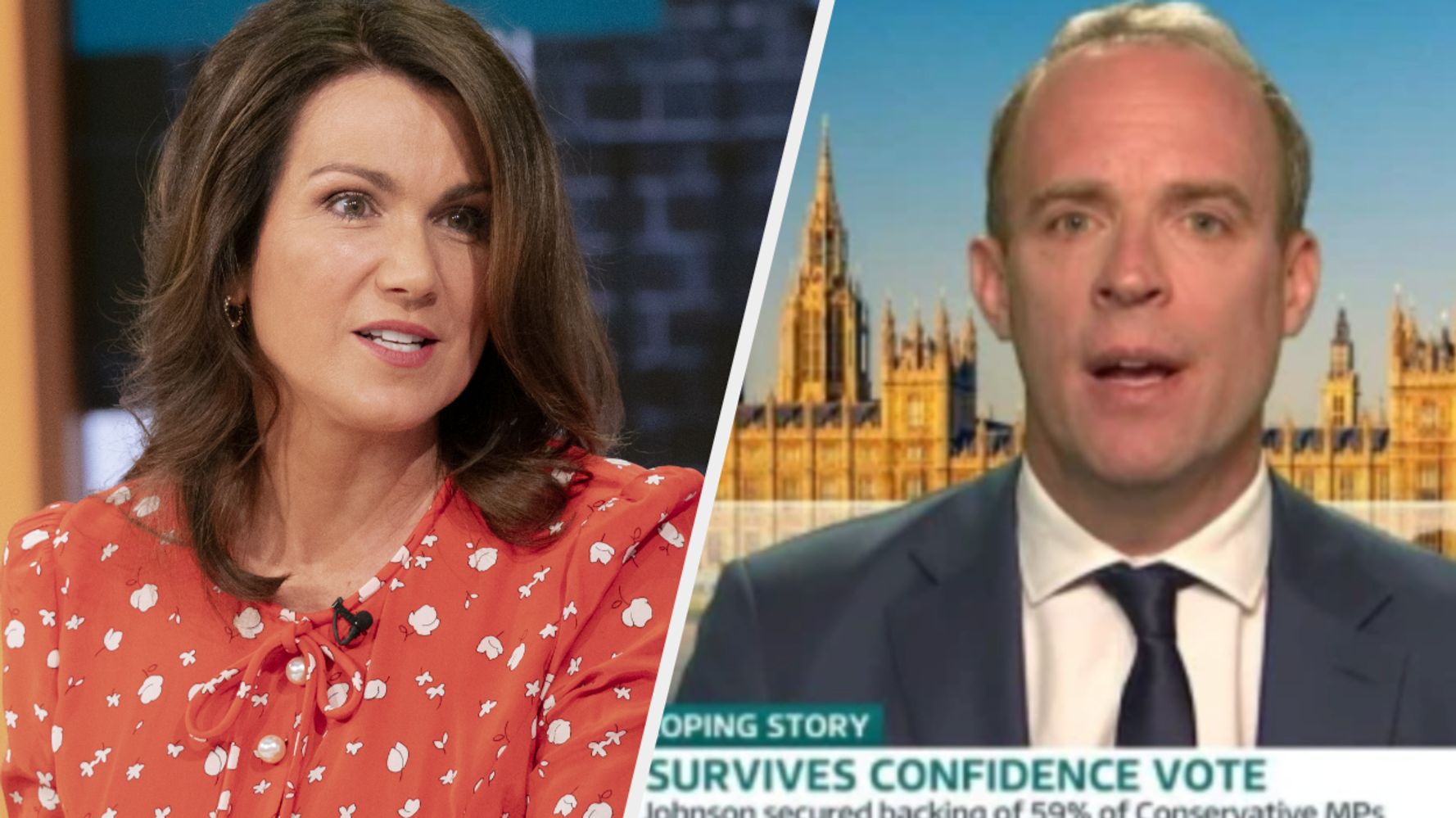 Dominic Raab put in an appearance on Good Morning Britain on Tuesday morning and immediately got into a heated exchange with presenter Susanna Reid.

The deputy prime minister was on the ITV morning show to discuss the result of Boris Johnson’s confidence vote, but quickly became frustrated when he accused Susanna of talking over him.

On Monday, it was confirmed that the Prime Minister had won his confidence vote in Parliament.

Despite only winning by 63 votes – with the results split 211 to 148 – the PM claimed that his victory had been “convincing” and “decisive”, which Raab attempted to defend.

Speaking about the two by-elections coming up this month, Susanna questioned why anyone voting in those elections should vote for the Conservative Party when 148 of Johnson’s own MPs won’t vote for him.

Deputy Prime Minister Dominic Raab says ‘there is no doubt there are challenges’ following the confidence vote in Boris Johnson but we now ‘need to get behind’ the Government. pic.twitter.com/Q2znsCHqJj

“Let me give you two reasons,” Raab began. “First of all because we got the big calls right on the vaccine rollout and getting the economy up…”

Susanna then interrupted him to point out that “148 of your own MPs don’t think the Prime Minister’s got the big calls right. These are Conservative MPs.”

Visibly infuriated that he had been interrupted, he told the presenter: “Susanna, there’s no point in me coming on this show unless you let me finish my answers. There really isn’t.

“I’m really happy to give you a full and swift answer, but you’ve got to let me complete the sentence.”

However, undeterred Susanna then told Raab that she already knew what he was going to say.

As Raab looked away from the camera, Susanna asked: “Why should people voting in by-elections have confidence in him?”

“Will you allow me to answer now?” he responded. “There’s two aspects. First of all, those big calls do matter, the vaccine rollout, the economy, the war in Ukraine, the leadership the prime minister’s shown. But also, we’re the ones with the plan.”

However, Susanna then remarked that in her opinion, Raab was speaking as though the “148 MPs are part of a different party”.

‘If you cannot persuade 148 of your own party’s MPs to have confidence in your leader, why should any other voter?’ – @susannareid100

Dominic Raab says the ‘right thing to do’ is to ‘accept the result and to move forward’. pic.twitter.com/vgt8qjUvip

Earlier on the programme, Susanna’s co-host, Richard Madeley, compared the PM’s confidence vote to a person wanting to break up with their partner.

Good Morning Britain airs weekdays from 6am on ITV.

Health Secretary Sajid JavidThe NHS is a “Blockbuster healthcare system in an age of Netflix”, the health secretary has said.Sajid Javid made the comparison during this morning’s cabinet meeting, warning it was “no longer simply an option to stick to the status quo”.The health secretary also said the government had set the NHS a target of “dramatically improving productivity” to save £4.5 billion a year.The prime minister’s spokesman said: “The health […]