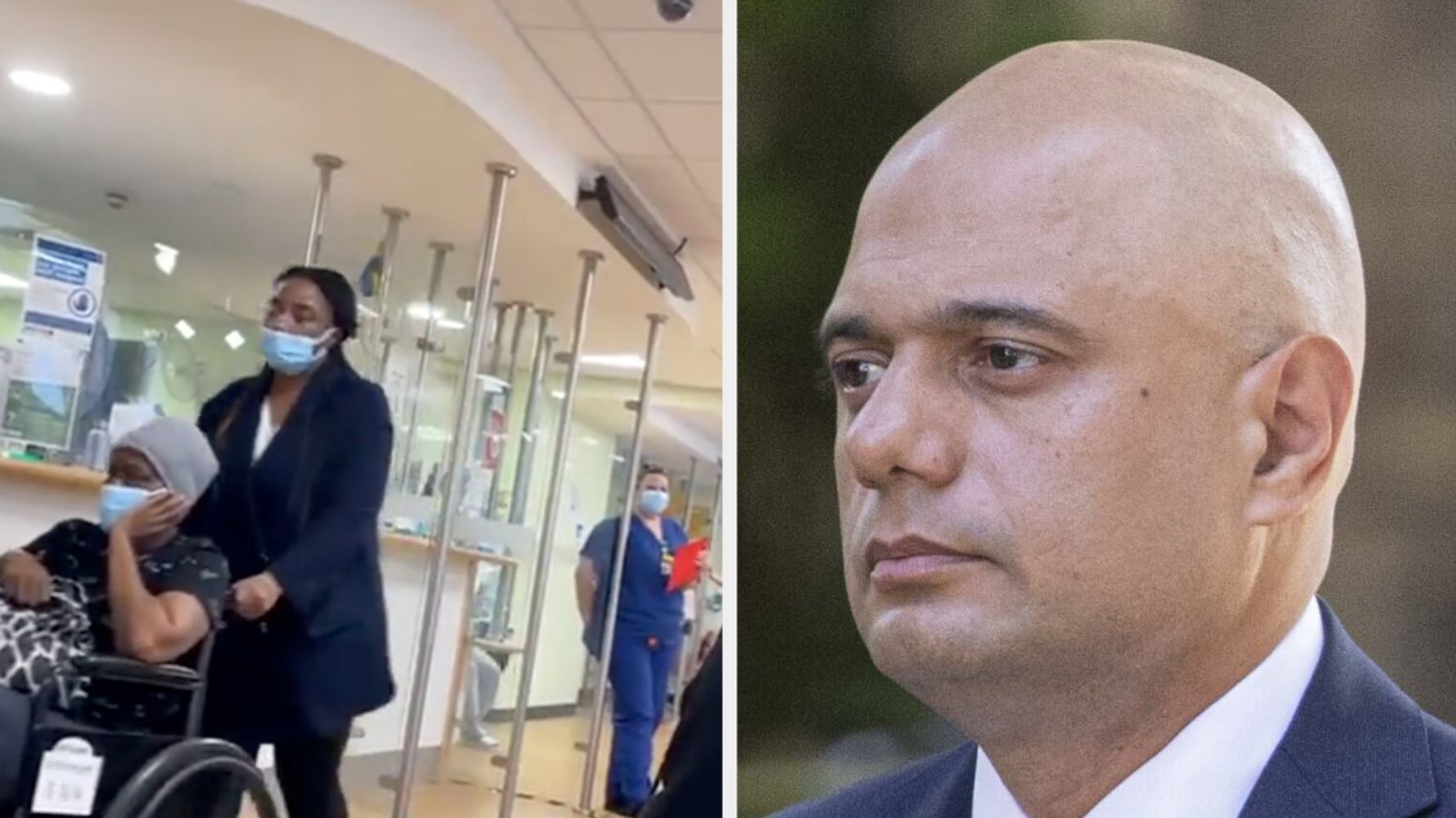 The grim reality of NHS services was revealed in a viral clip this week where A&E staff told people waiting to be seen could be there for up to 13 and a half hours.

In her caption, Parkinson explained that the video “sums up the desperate state of the NHS” and that the situation depicted is not “unusual” for anyone using the health service at the moment.

“We’ve currently got 170 patients in the department, there are 90 patients waiting to be seen at the moment,” the nurse said.

“Our current wait time for a doctor is seven and a half hours.

“I will estimate by the time I go home in the morning at 8 o‘clock some of you will still be here waiting for a doctor because the waits will get up to 12 or 13 hours.

“There are currently no beds in the trust. We’re trying to make more space if we can but if people are admitted there’s a chance they’ll in A&E overnight.

She asked any relatives accompanying waiting patients to leave, so that social distancing measures could be improved.

This video filmed in an A&E last night (by @SittonGary) sums up the desperate state of the NHS. “Our current wait time to see a doctor is 7 & a half hours, I expect that to get up to 13 & a half. There are currently no beds…” None of this is unusual. pic.twitter.com/1AdO5yruP2

People on social media were understandably stunned at the clip:

An NHS Consultant forwarded this to me, confirming it was his experience, both in London and Manchester, and said, ‘The NHS is truly collapsing.’ https://t.co/zCQl0d4b1o

Thank you for sharing this @SittonGary A GP yesterday described the situation in #NHS & social care as being like “World War 3”. Sadly she was not exaggerating.Until you have a problem & see it up close many still don’t realise it’s chronically underfunded & understaffed. So sad https://t.co/uFDXF521IT

Health secretary Sajid Javid was then asked about the astonishing video during his morning media rounds and justified it by claiming the NHS was seeing “very high levels of demand” following the Covid pandemic.

On Wednesday morning, he admitted to BBC Breakfast: “Of course, that’s not a thing that anyone wants to see.”

Javid continued: “Because of the impact of Covid…we know already from our NHS estimates, we think some 11 to 13 million people stayed away from the NHS because of the pandemic.

“Many of those people are coming forward, many of those to A&E, and we’re seeing very high levels of demand.

“That is a real challenge for the NHS across the system.

He said the government was now investing record amounts in ambulance trusts, in the 111 calling service and the extra £400 million emergency funding pumping into A&E facilities over the last year.

He claimed: “I think the NHS is doing everything it possibly can be doing. The waiting times are improving but it’s not what anyone wants to see, those kinds of waits.”

However, only on Tuesday, Javid admitted that the whole health service was akin to “blockbuster” in an age of Netflix”.

Blockbuster video chain went under in 2013, as customers turned to online services rather than physical stores for films.

Javid said that this problem had arisen because of “successive governments”.

He also claimed the government had set the NHS a target of “dramatically improving productivity” to save £4.5 billion a year.

The government increased national insurance contributions earlier this year too, in a bid to create a health and social care levy to help tackle the Covid backlog.

Michael Owen cringes as his daughter's appearance in Love Island is mentionedMichael Owen was left a little red-faced on Tuesday night when his fellow pundits couldn’t resist mentioning a certain reality show during their coverage of the England match.The footballer’s 19-year-old daughter Gemma is currently appearing on Love Island, which Channel 4 football presenter Jules Breach referenced at the beginning of the show.She told viewers: “Joining me hoping to see […]