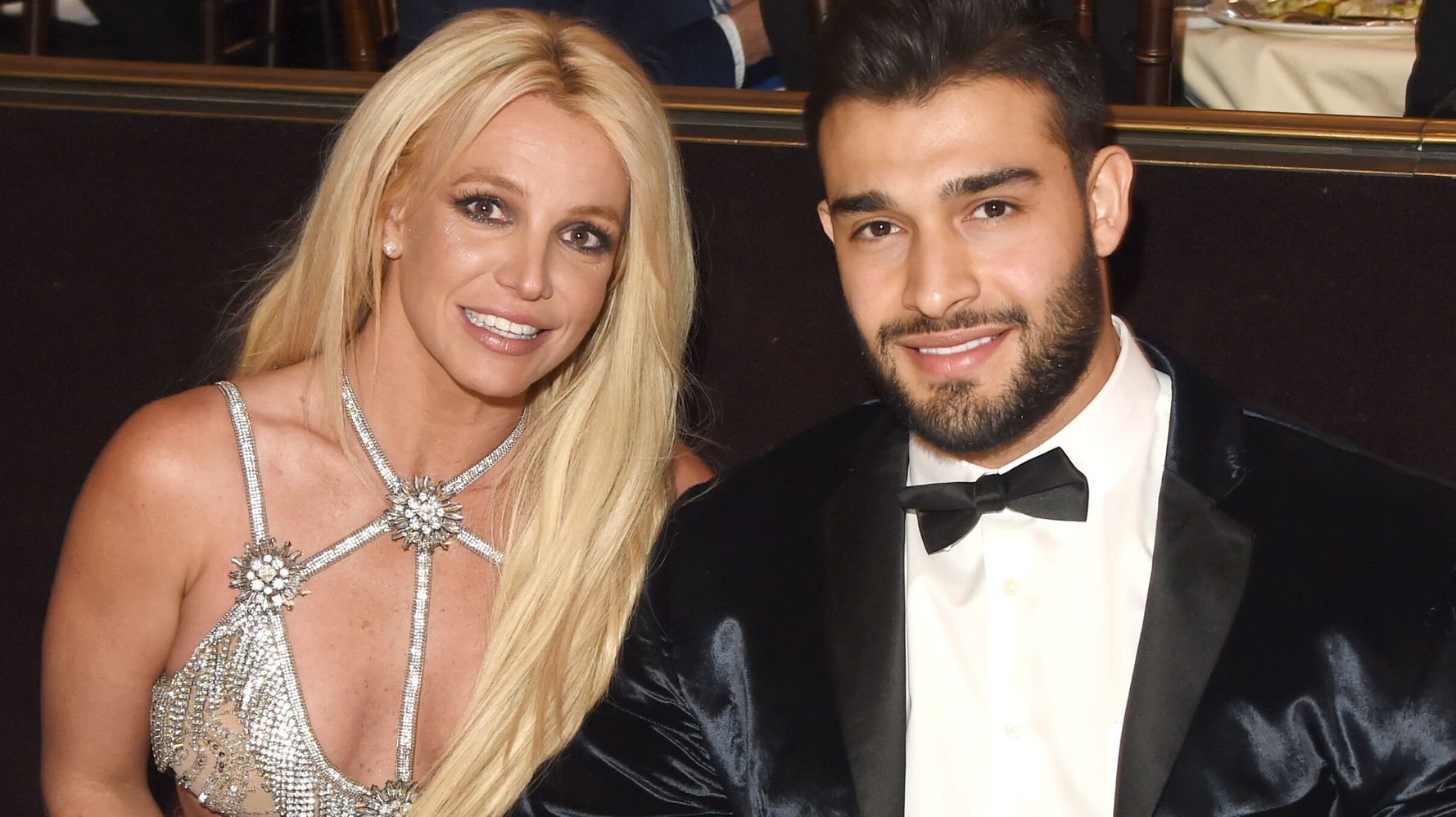 Britney Spears’ fans have been given their first official look at her wedding to Sam Asghari, including the first snap of the singer in her custom Versace dress.

The Baby One More Time star and her fiancé wed at her home in Los Angeles on Thursday, in front of guests including Madonna, Selena Gomez, Drew Barrymore, Paris Hilton, will.i.am, and Donatella Versace.

Pictures of the ceremony and the subsequent celebrations were obtained by Vogue magazine and TMZ, which reveal she wore an off-the-shoulder custom Versace gown with slit up one side.

Sam also wore a black Versace tuxedo for the occasion.

The 10-minute ceremony was held in a marquee erected in the grounds of Britney’s home, with pictures showing the couple stood in front of a giant wall of flowers as Rev. Clint Hufft officiated.

There was also a shot of the Cinderella-style horse-drawn carriage Britney arrived in.

Britney later changed into a red mini dress, and was also pictured dancing barefoot on the dancefloor wearing a black blazer.

“We really wanted to make this a small and beautiful moment with family and friends,” Britney told Vogue. “We wanted warm and feminine colours including blush, white, cream, and gold, and a lot of various shades of pinks, blush, and reds.”

During the celebrations, she also recreated her famous kiss with Madonna, after the pair made headlines the world over with their performance at the 2003 MTV VMAs.

Britney is also said to have duetted with Paris Hilton on a rendition of the heiress’ song Stars Are Blind.

A video shows Britney, Paris and Madonna joined by Donatella Versace, Drew Barrymore and Selena Gomez as they sung along to Madonna’s hit Vogue.

The newlyweds left their wedding reception in a white Rolls Royce with ‘Just Married’ emblazoned on the back around 10.15pm.

The day wasn’t without its drama, however, as Britney’s first ex-husband Jason Alexander, who she married in Las Vegas in 2004, attempted to crash the wedding.

He was arrested after he posted an Instagram Live story from outside her property in which he said he was there to “crash” the wedding, with an altercation with security officers following.

Britney and Sam met on the set of her Slumber Party music video in 2016.

Their wedding comes eight months after Britney was freed from her conservatorship, which controlled her freedom and finances for almost 14 years.

Love Island's Liam LlewlleynLove Island contestant Liam Llewellyn looks to have quit the villa less than a week after the show’s launch. Both The Sun and MailOnline have reported the 22-year-old walked out ahead of a recoupling, which set to air on Friday night. An ITV spokesperson declined to confirm Liam’s departure when contacted by HuffPost UK, but his apparent exit has been teased in a first-look clip of the forthcoming episode. 😵‍💫 […]