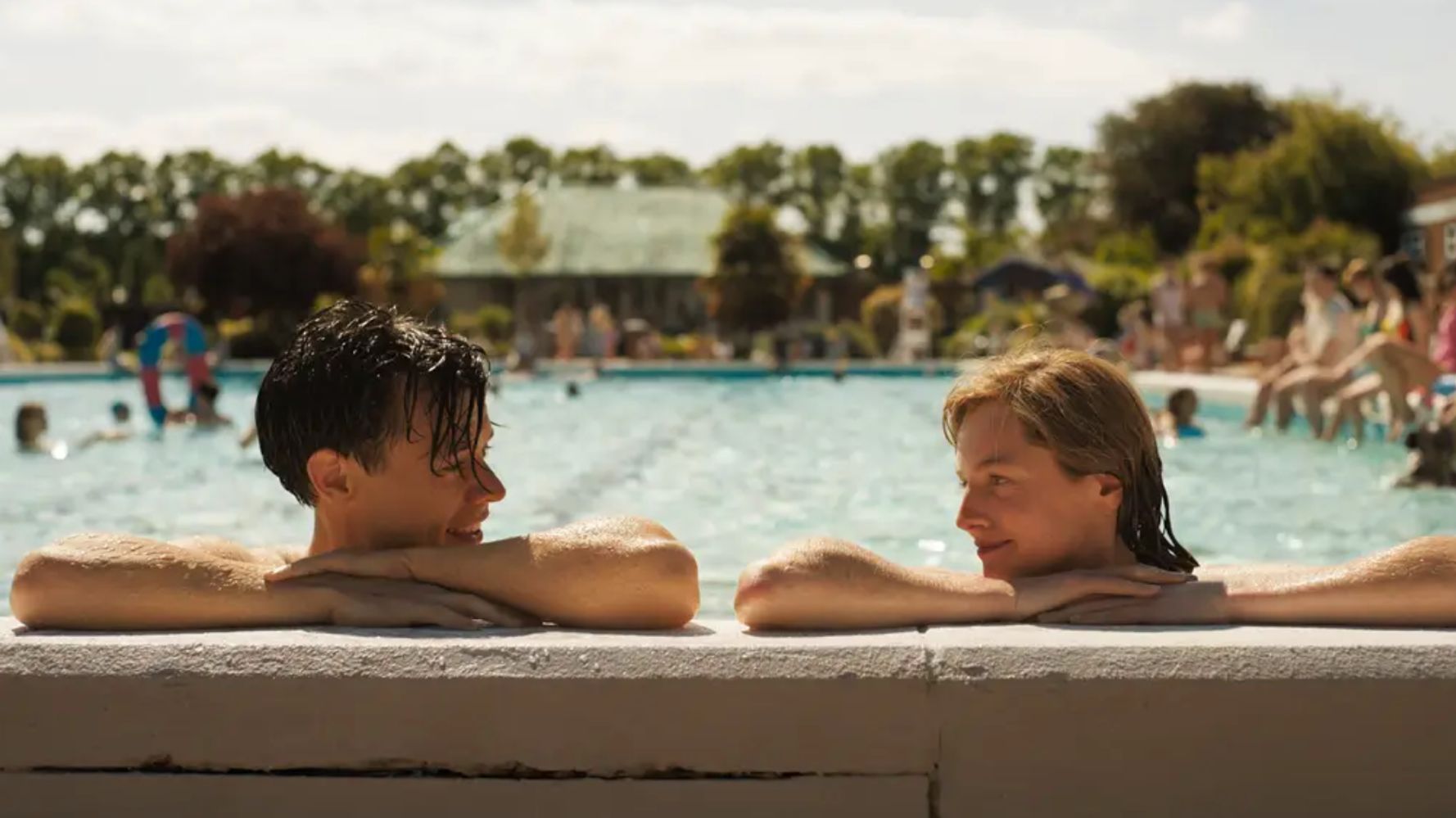 Ever dreamed of gazing into Harry Styles’ eyes on a summer’s day whilst taking refreshing dip?

Emma Corrin got to do exactly that in one of the first-look images of her forthcoming film with the former One Direction star.

The Crown actor stars alongside Harry in Amazon Prime’s romantic drama My Policeman, which is based on Bethan Roberts’s 2012 novel of the same name and follows a love triangle in 1950s Britain that flashes forwards to the 90s.

Harry plays Tom, the titular police officer, while Emma, who won a Golden Globe for her portrayal of Diana, Princess of Wales in Netflix’s The Crown, plays his wife Marion, a teacher.

Another image shows them engrossed in conversation in an art gallery while Patrick appears to guide them around.

My Policeman will be released in UK cinemas on 21 October and globally on Prime Video on 4 November.

Jason Alexander and. Britney SpearsBritney Spears’ former husband Jason Alexander has been arrested after he attempted to ‘crash’ her wedding to her long-term partner Sam Asghari.The 40-year-old - who married Britney in 2004 only for it to be annulled after just 55 hours - was charged with four misdemeanours after showing up at the singer’s Los Angeles on Thursday ahead of her nuptials.Shortly before the incident, her former partner posted […]