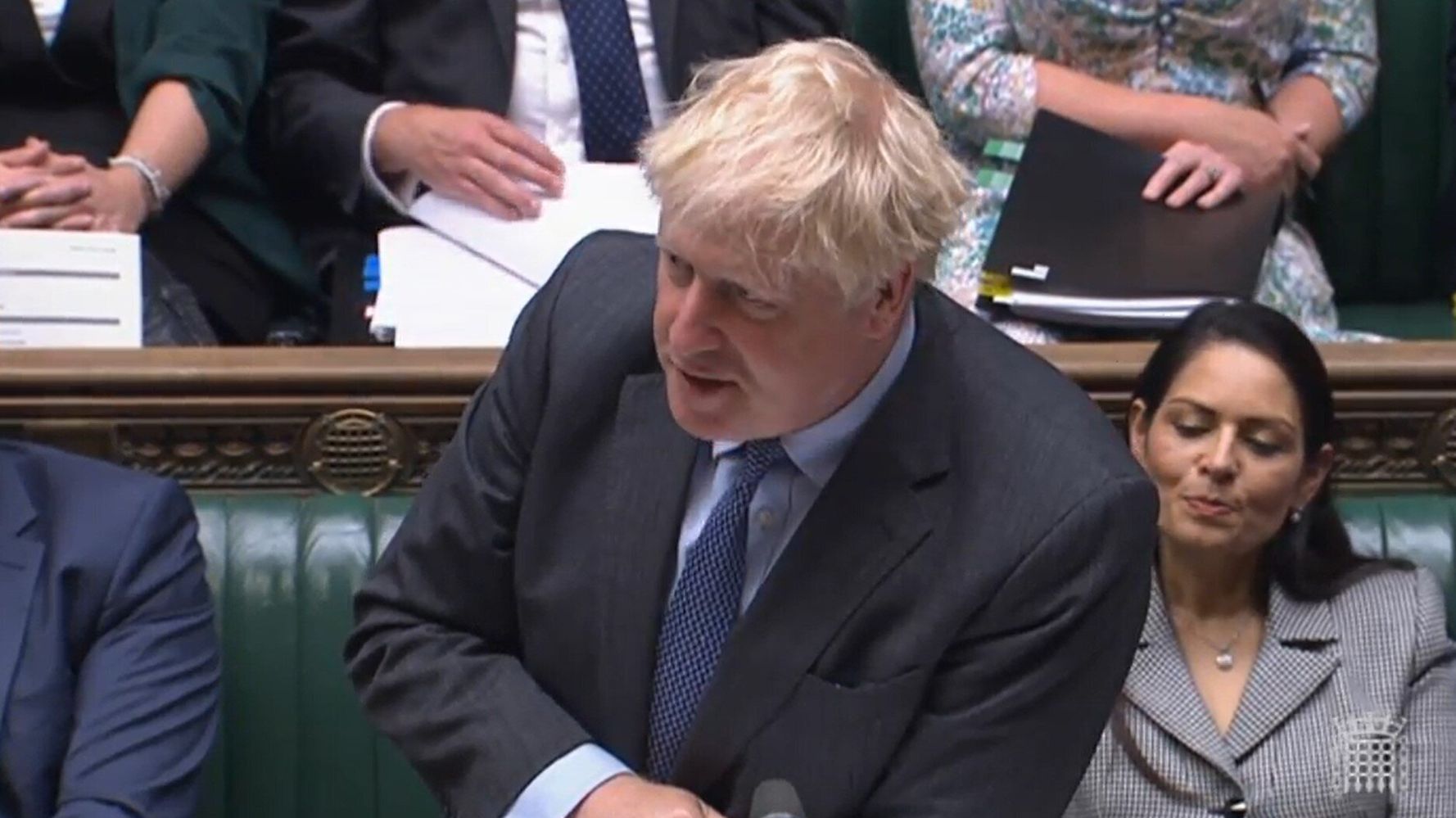 Boris Johnson has doubled down on his threat to remove the UK from the European Convention on Human Rights.

The prime minister’s official spokesman said “we are keeping all options on the table” after judges in Strasbourg prevented the first Rwanda deportation flight from taking off.

His comments appeared to contradict two of Johnson’s own ministers, who said quitting the ECHR was not on the government’s agenda.

Work and pensions secretary Therese Coffey said: “I don’t think that’s even a question that, I’m aware, is on the table at all.”

And pensions minister Guy Opperman added: “I don’t believe it is our policy, nor would it be something I will be advocating for withdrawing from the ECHR.”

However, asked directly whether Johnson was prepared to remove the UK from the ECHR, his spokesman said: “We are keeping all options on the table including any further legal reforms that may be necessary.

“We will look at all of the legislation and processes in this round.”

Johnson first raised the prospect of the UK leaving the ECHR – which it helped to establish after the Second World War – yesterday.

“The legal world is very good at picking up ways of trying to stop the government from upholding what we think is a sensible law,” he said.

“Will it be necessary to change some rules to help us as we go along? It very well may be. All these option are under constant review.”

Following the grounding of the first deportation flight last night, right wing Tory MPs demanded the PM take action to remove the influence of the European Court of Human Rights in the UK.

He added: “It is clear that the ECHR prevented the flight from departing, after efforts in UK courts were exhausted. The ECHR’s role in UK law needs looking at urgently!”

And former Tory leader Iain Duncan Smith said that ministers must now “deal with” the way in which the ECHR applies in the UK and the government should continue with its plans to introduce a new Bill of Rights.

Having Omicron doesn’t protect people against reinfection, a new study from Imperial College has found – which explains why cases are still so high.Earlier in the pandemic, scientists published heartening research that found that people infected with Covid-19 were protected from getting the virus again for at least six months. But Omicron raised questions about Covid reinfection – such as whether you can be infected with a new form of the virus […]