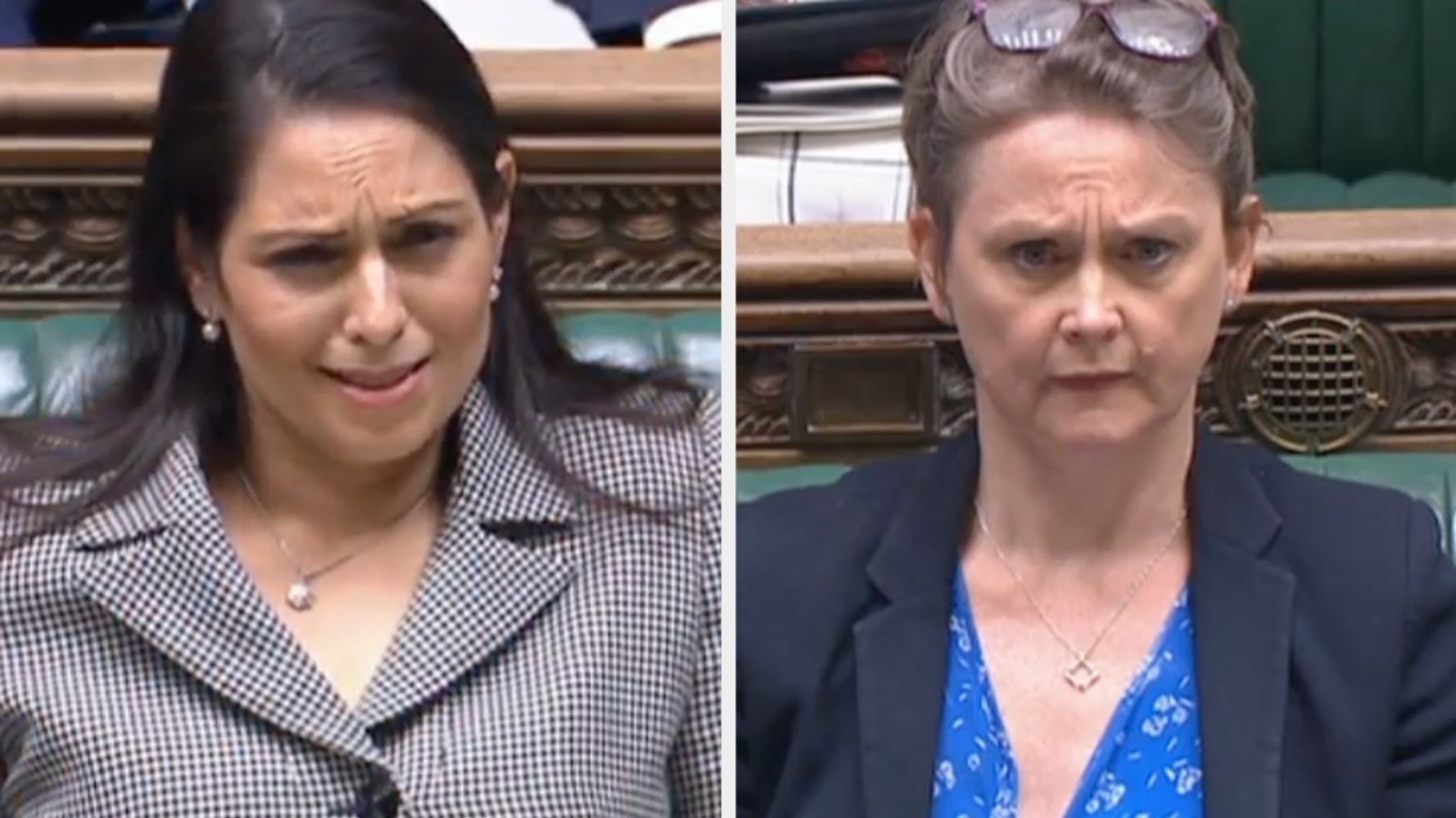 Labour has accused Priti Patel of presiding over a “shambles” that is “putting the UK to shame” after a flight carrying asylum seekers to Rwanda was cancelled at the last minute.

In a tense Commons showdown, shadow home secretary Yvette Cooper hit out the at policy after the first flight to the east African country was blocked following a last-minute intervention from the European Court of Human Rights (ECHR).

The ECHR — which is part of the Council of Europe that the UK remains a member of — handed down a judgment that halted the deportation of one of the men on the plane.

The court said the Iraqi national faced “a real risk of irreversible harm” if he stayed on the flight and that he should not be sent to Rwanda until the Supreme Court decides in July whether the policy is lawful or not.

Patel immediately hit out at the “opaque nature” of the “surprising” and “disappointing” decision. She accused the government of “overruling” British courts, which had given the flight the go-ahead.

The prime minister has suggested the UK could withdraw from the European Convention on Human Rights to prevent the courts from blocking deportations to Rwanda in the future.

Facing off against Cooper in the Commons, Patel criticised the “usual suspects” who have “set out to thwart and even campaign against these efforts” but said the government would “not be deterred from doing the right thing”.

“We will not be put off by the inevitable legal last-minute challenges nor will we allow mobs to block removals,” she said.

“We will not stand idly by and let organised crime gangs, who are despicable in their nature and their conduct, evil people, treat human beings as cargo.

“We will not accept that we have no right to control our borders, we will do everything necessary to keep this country safe and we will continue our long and proud tradition of helping those in genuine need.”

Cooper branded the situation a “shambles” and said the home secretary “has no one but herself to blame”.

“This is not and never has been a serious policy and she knew that when she chartered the plane,” she said.

“She knew that among the people she was planning to send to Rwanda on this plane were torture and trafficking victims. She knew she didn’t have a proper screening process in place, she knew that some of them might be children.”

The first flight was subject to legal challenges that meant that even before it was cancelled, only seven people were reported to be destined for Rwanda.

But Cooper suggested that the Home Office itself had been forced to remove a number of individuals from the flight “because they knew there was a problem with these cases”.

“Even without the European Court of Human Rights judgment she was planning to send a plane with just seven people on board because she had to withdraw most of the cases at the last minute.”

She added: “All she really cares about is picking fights and finding someone else to blame.

“This is a short term stunt, everyone can see it.

“It’s not building consensus, it’s pursuing division, it’s government by gimmick, it’s not in the public interest, just in their political interest.”

Patel said that while the removal directions for the people on the flight have been “paused”, they would wear electronic tags “while we continue to progress their relocation”.

She said the ECHR ruling was not an “absolute bar” to other flights going ahead.

“The European Court of Human Rights did not rule that the policy or relocations were unlawful, but they prohibited the removal of three of those on last night’s flight,” she confirmed.

“Those prohibitions last for different time periods but are not an absolute bar on their transfer to Rwanda.

She said the court’s decision was “disappointing and surprising”, but added: “We believe that we are fully compliant with our domestic and international obligations, and preparations for our future flights and the next flights have already begun.”

Boris Johnson at PMQsBoris Johnson has doubled down on his threat to remove the UK from the European Convention on Human Rights.The prime minister’s official spokesman said “we are keeping all options on the table” after judges in Strasbourg prevented the first Rwanda deportation flight from taking off.His comments appeared to contradict two of Johnson’s own ministers, who said quitting the ECHR was not on the government’s agenda.Work and pensions […]