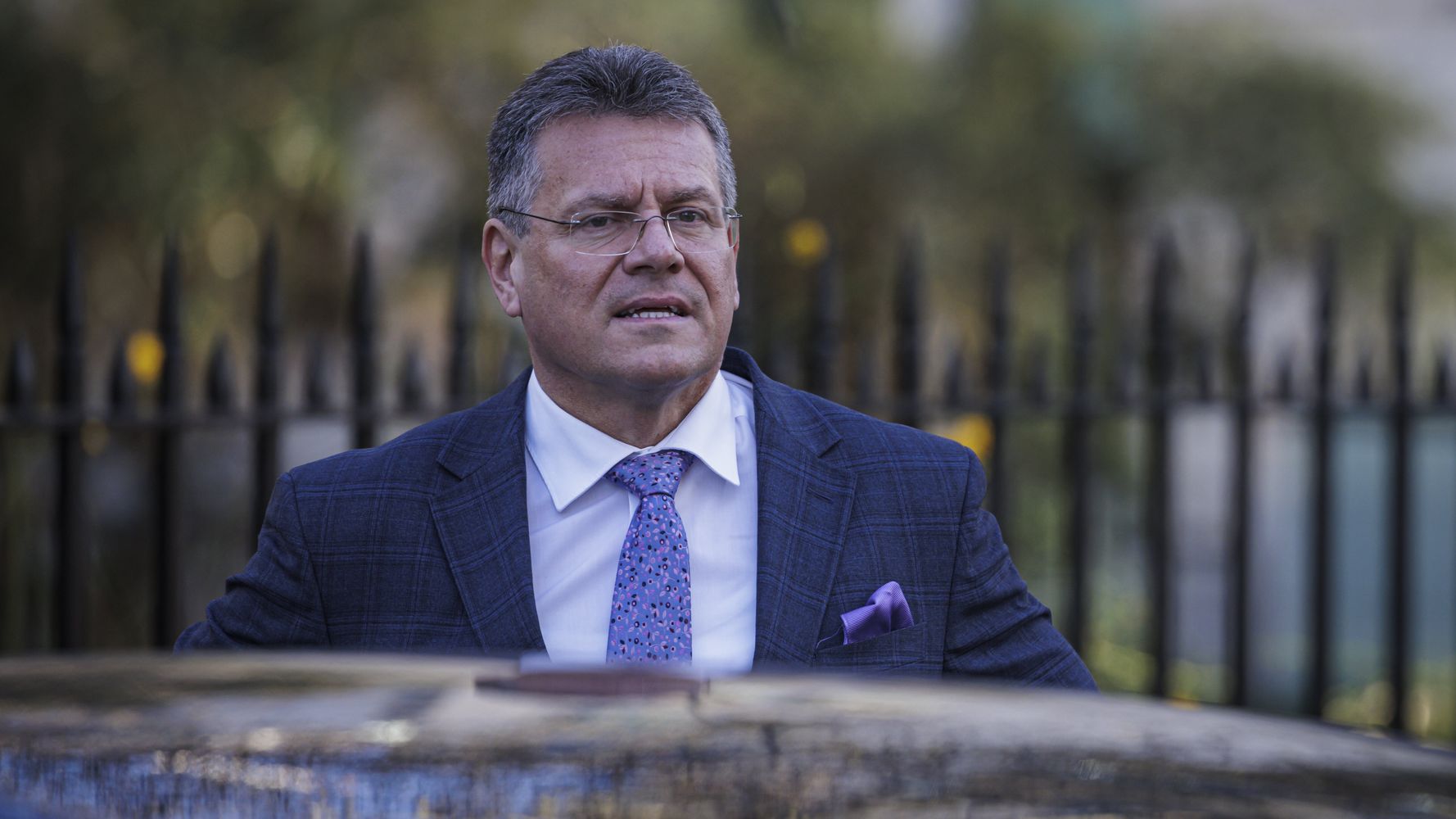 A senior European Union official has said the UK government’s plans to rip up the Northern Ireland protocol is “illegal”.

European Commission vice-president Maros Sefcovic hit out as he announced the EU was launching legal action against the UK.

He said Boris Johnson and his ministers had set out to “unilaterally break international law”.

The legislation would give ministers the power to unilaterally scrap parts of the protocol which impose customs checks on goods travelling between Northern Ireland and the rest of the UK.

The government has insisted the move is necessary to protect the Good Friday Agreement.

But speaking in Brussels, Sefcovic said that would mean “breaking an agreement that protects peace and stability in Northern Ireland, an agreement reached together only three years ago.

He said: “Let there be no doubt: there is no legal nor political justification whatsoever for unilaterally changing an international agreement.

“So let’s call a spade a spade: this is illegal.”

Sefcovic said the bill is “extremely damaging to mutual trust and respect between the EU and the UK”.

“It has created deep uncertainty and casts a shadow over our overall co-operation, all at a time when respect for international agreements has never been more important,” he said in an apparent reference to the Ukraine war.

“That is why the Commission has today decided to take legal action against the UK for not complying with significant parts of the protocol on Ireland/Northern Ireland.”

Why Is A European Court Overseeing The UK’s Asylum Plans?

The government's first flight sending asylum seekers to Rwanda was grounded on Tuesday night by the ECHRThe first flight carrying asylum seekers from the UK to Rwanda was aborted at the 11th-hour on Tuesday, following intervention from a European court.This seems surprising considering several UK courts were willing to let the flight go ahead.So why was the European Court of Human Rights (ECHR) able to make the final decision for […]