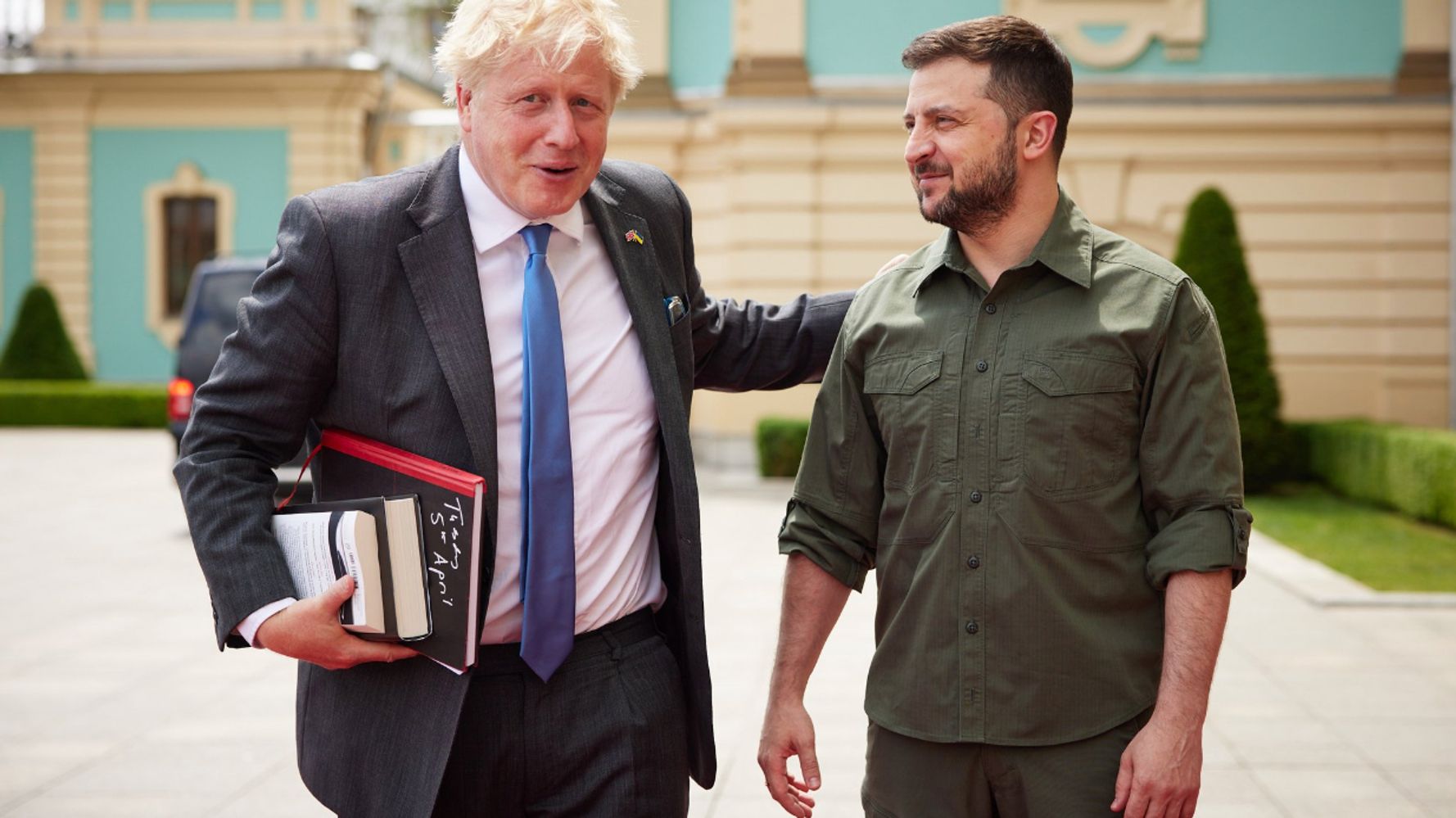 Boris Johnson has made a surprise visit to Ukraine to meet president Volodymyr Zelenskyy.

The prime minister had been expected to speak at a meeting of Tory MPs in the north of England on Friday ahead of the Wakefield by-election, but dropped out without explanation.

It is the second time Johnson has visited Ukraine since Russia’s invasion.

“Mr President, Volodymyr, It is good to be in Kyiv again,” Johnson tweeted alongside a photo of the two men.

A message on Zelenskyy’s Telegram account read: “Many days of this war have proved that Great Britain’s support for Ukraine is firm and resolute.

Video from the Ukrainian government showed Zelenskyy warmly greeting the PM with a “hi, Boris” as he arrived at the presidential palace.

The move is a first step on what is expected to be a long road for the war-torn country to join the 27-nation bloc.

Vladimir Putin has lost around 25% of Russia's land power through the warRussia will “never take control” of Ukraine and has already “strategically” lost, according to the head of the UK’s armed forces.Admiral Sir Tony Radakin told PA media agency this week that President Vladimir Putin’s Russia is already a “more diminished power” due to the war as the conflict approaches its fifth month.He explained: “This is a dreadful mistake by […]