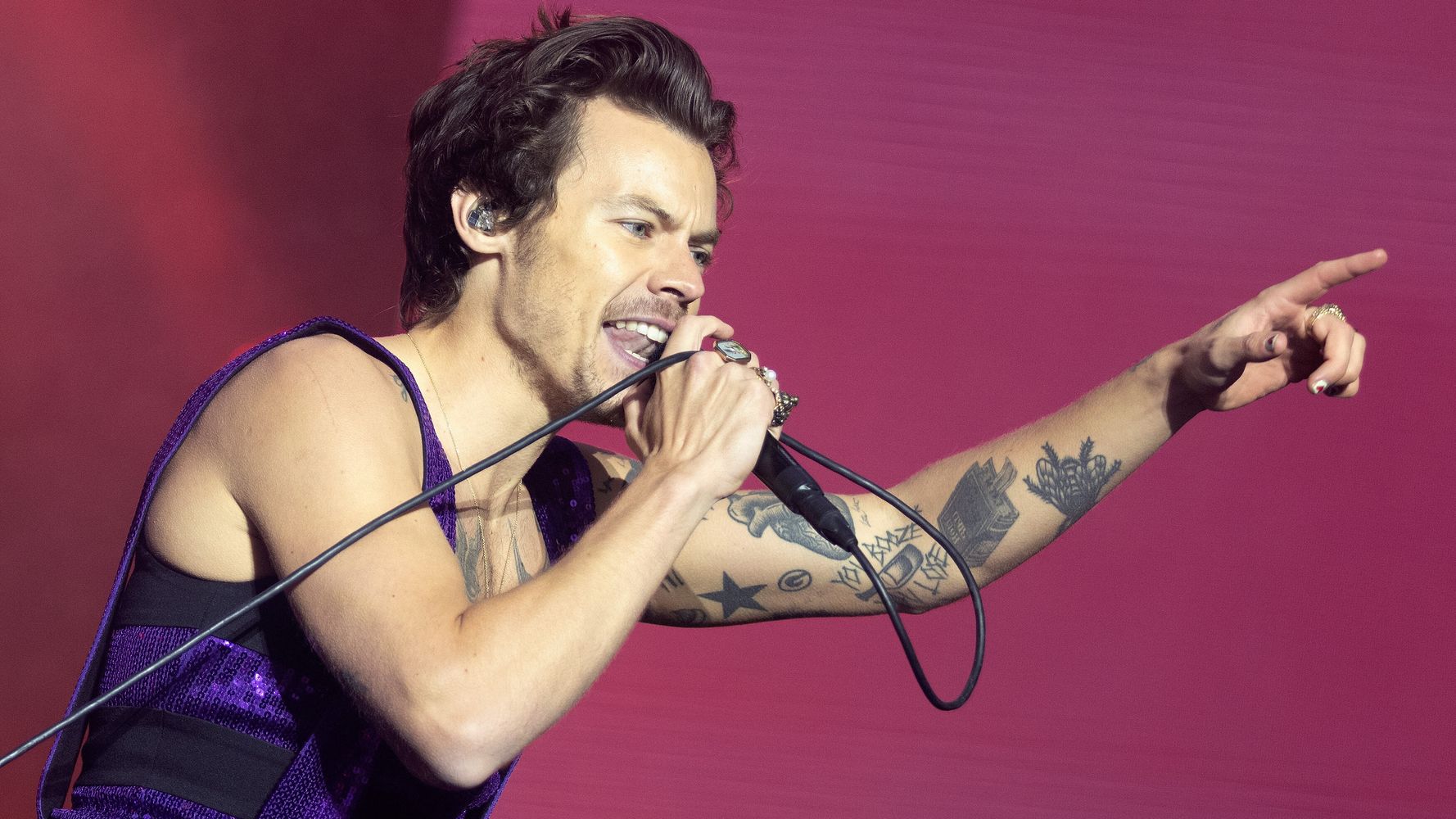 Harry Styles shouted out his first teacher in a touching moment during a homecoming gig earlier this week.

The Watermelon Sugar singer played Old Trafford cricket ground in his hometown of Manchester on Wednesday, when he heard his primary school teacher Mrs Vernon was apparently in the crowd.

Harry, who was taught at Hermitage Primary School in Holmes Chapel, fell to his knees and shouted: “Mrs Vernon! How are you? I heard you’re retiring.

“I just want to thank you for everything in those formative years. Thank you so much.

Before launching into Canyon Moon, he joked: “Can you imagine dealing with me when I was 4? I was very fun.”

Speaking to the BBC, Mrs Vernon later said Harry’s tribute was “so touching, so amazing, so lovely”.

“As a teacher, you remember all of the children that you’ve taught, all of them are amazing in their own way,”

“Harry obviously has gone on to mega, mega things – everybody at Hermitage is just so, so proud of him.”

She remembered Harry as “a delight”, adding: “He had a cheeky sparkle in his eye, he was a little bit of a tinker some of the time but he was a character so that’s for sure, we all remember him.”

He also mentioned his Year Two teacher Ms Wilson at the gig, and Mrs Vernon said they were both “very, very touched by it”.

Paul ScullyA minister has said they would be “comfortable” with Boris Johnson not appointing a new ethics adviser, after the last two people to hold the job quit.Lord Geidt dramatically resigned from the post on Wednesday evening, accusing the prime minister of proposing a “deliberate” breach of the ministerial code. Sir Alex Allan resigned in 2020 after the PM refused to accept his finding that Home Secretary Priti Patel had bullied […]