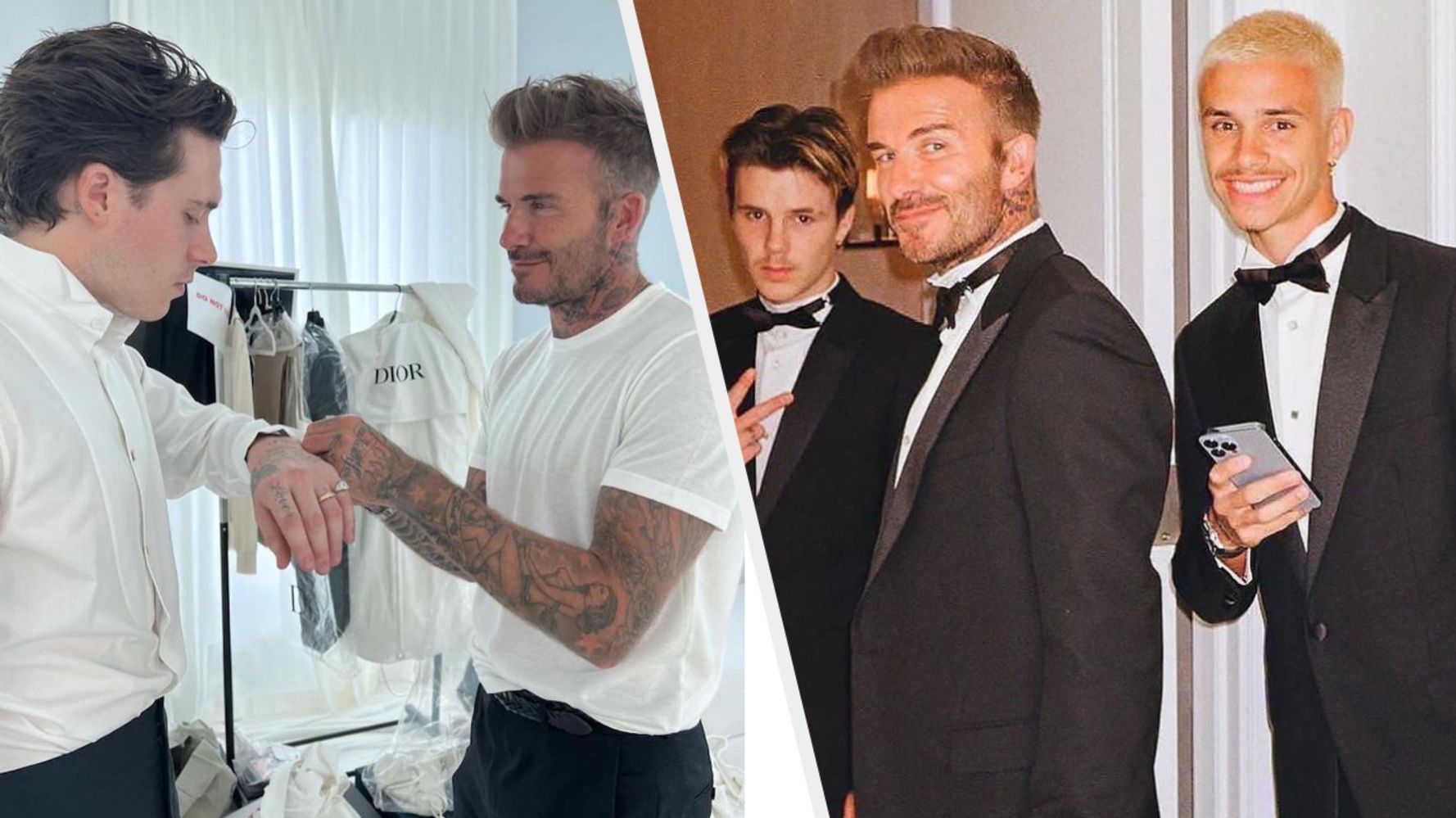 Paying tribute to David on Sunday, Victoria wrote: “Happy Father’s Day to the best, most loving Daddy in the world!! We all love you so much… you are our everything.”

Her message was accompanied by a photo of David helping Brooklyn with his cufflinks on the morning of the wedding.

Other snaps also showed the football legend embracing his daughter Harper on the dance floor at the event, and another of him striking a pose with all three of his sons.

Brooklyn and Nicola announced that they were engaged in July 2020, after around eight months of dating.

The pair finally held their big day earlier this year in a lavish ceremony at Nicola’s family estate in Florida.

Vogue magazine photographers were there on the day, with the newlyweds later sitting down for their first interview with the fashion bible.

Brooklyn told the magazine: “The highlight of the whole wedding for me was seeing her for the first time in that dress. It was the first time ever in my life when I felt like I couldn’t catch my breath.”

Asked whether Brooklyn’s parents’ iconic wedding inspired their own big day, Nicola revealed: “Their wedding was incredible and those pictures are iconic, but the wedding we were most inspired by was Iman and David Bowie’s.”

Both David and Victoria also marked Father’s Day with posts paying tribute to their own dads.

Unions Making A ‘Huge Mistake’ By Pressing Ahead With ‘Disastrous’ Strikes, Says Shapps

Grant Shapps accused the unions of “gunning for this strike throughout”.Unions have been warned they are making a “huge mistake” by opting for strike action next week that threatens to bring the country to a standstill.The RMT union confirmed that strikes will go ahead on June 21, 23 and 25 next week in what has been dubbed the biggest industrial walkout in a generation.Among those who will be affected by the […]