‘Disruptive and Self-Defeating’: War Of Words Erupts As Rail Strikes Go Ahead 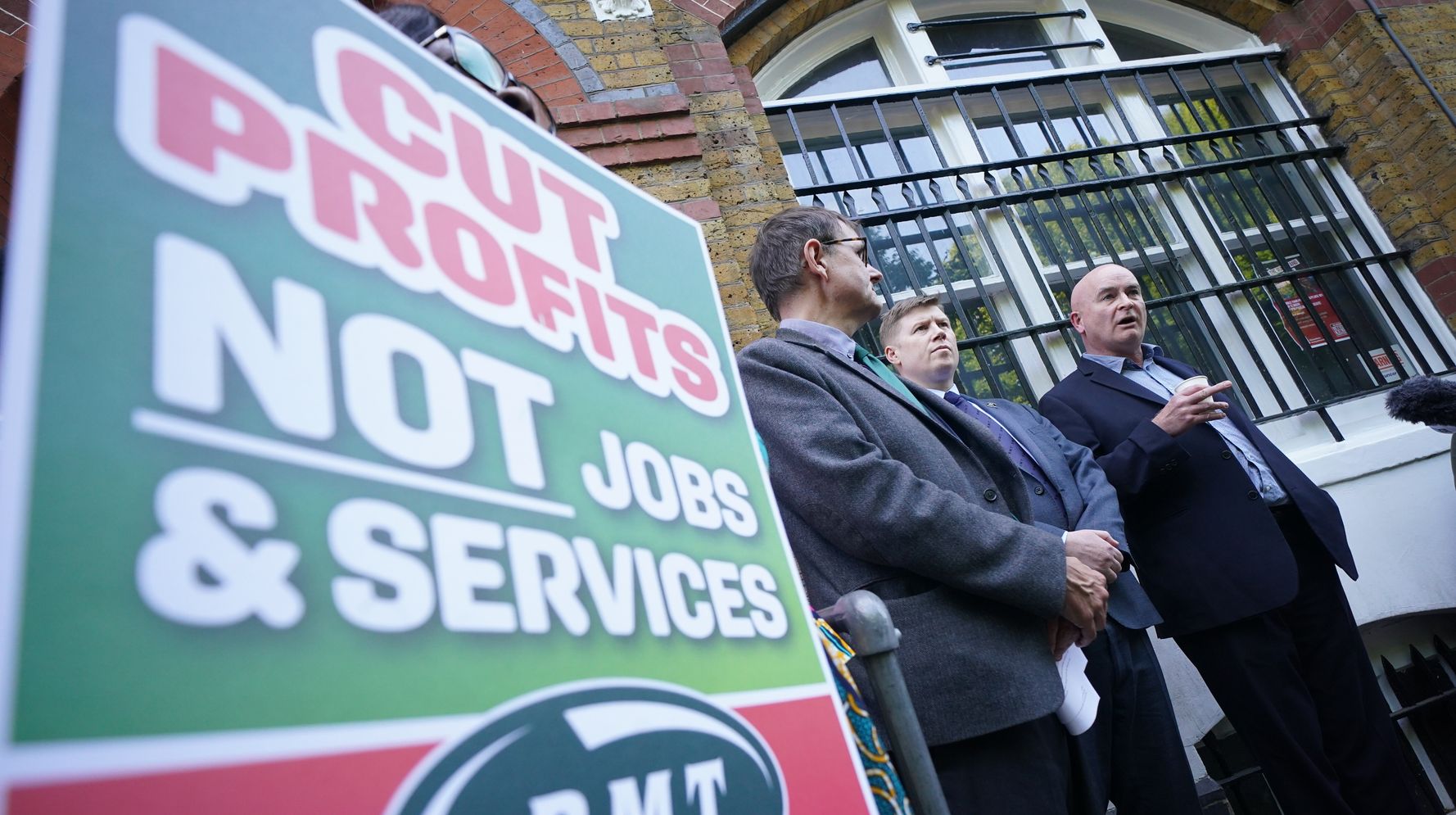 Number 10 has condemned the “disruptive and self-defeating” strikes set to bring the UK’s rail network to its knees from tomorrow.

Boris Johnson’s official spokesperson hit out just minutes after Mick Lynch, head of the RMT union, confirmed the walkout will go ahead after last-ditch talks with employers collapsed.

Further strikes are planned on Thursday and Saturday in a dispute over pay, jobs and conditions.

Lynch, who said the union had rejected pay offers from both the train operators and Network Rail, blamed ministers for the industrial action.

He said: “It is clear that the Tory government, after slashing £4bn of funding from National Rail and Transport for London, has now actively prevented a settlement to this dispute.

“The rail companies have now proposed pay rates that are massively under the relevant rates of inflation, coming on top of the pay freezes of the past few years.

“At the behest of the government, companies are also seeking to implement thousands of job cuts and have failed to give any guarantee against compulsory redundancies.”

But the PMs spokesman said: “It is deeply disappointing that these disruptive, self-defeating strikes will take place this week.

“Striking does nothing to address the long-standing issues that we need to sort to make sure our railway, that the public use and treasure, is fit for the long term.”

Wondering Why Hay Fever Is Hell This Year? Boy Trees Are To Blame

Everyone seems to be sniffling this year, complaining about scratchy eyes and throats while cursing the outdoors and 2022′s very high pollen count.Yep, it’s hay fever season, but it seems particularly nasty this year.According to past research, it all comes down to male trees.Hay fever is usually associated with grass (active from May until July), but many people are just as sensitive to tree pollen, which is released by male flowers […]