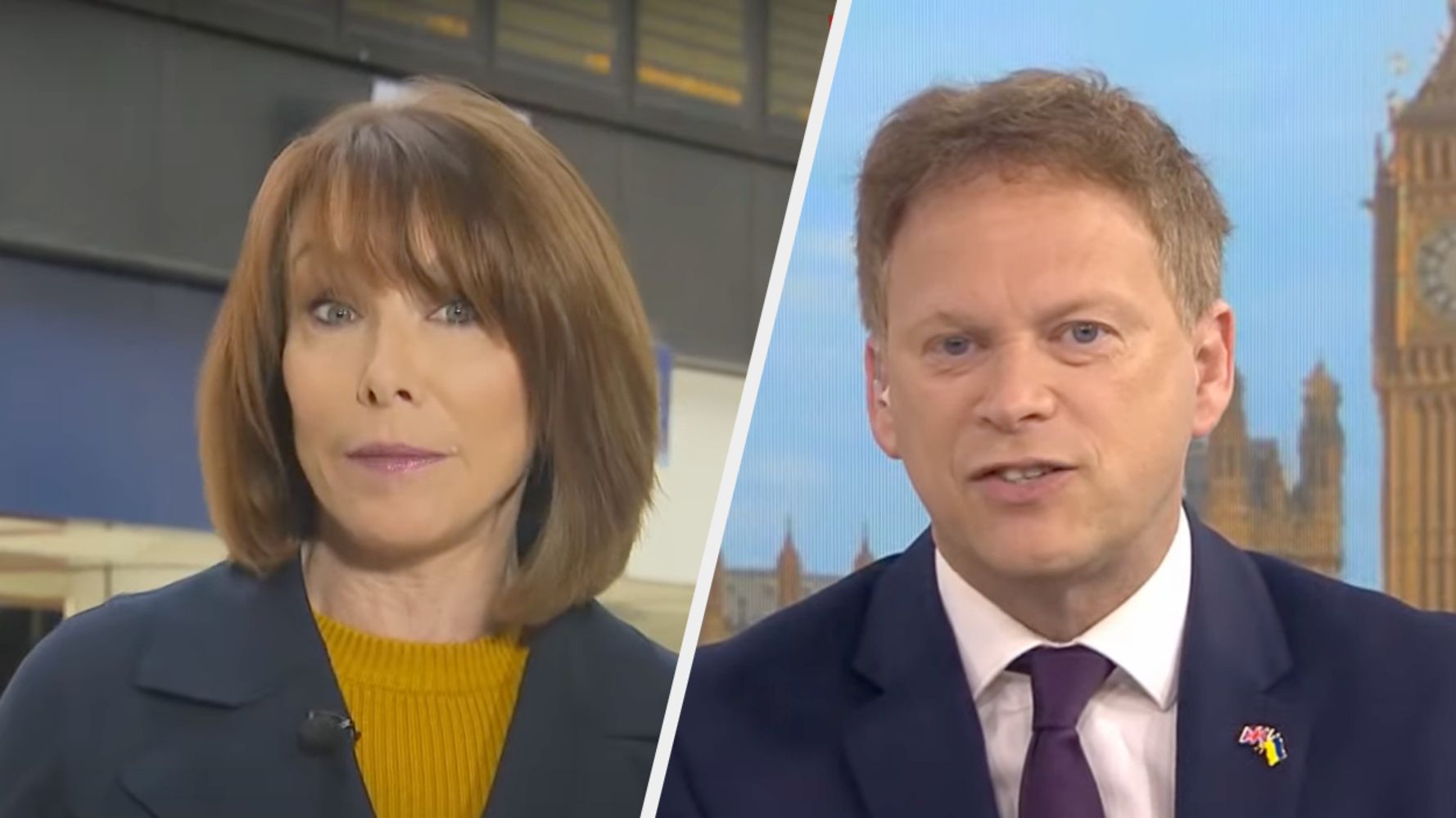 Grant Shapps clashed with broadcaster Kay Burley today as Britain was hit by the biggest rail strike in 30 years.

The transport secretary claimed Burley wanted the country to return to the 70s with ministers negotiating with unions with “beer and sandwiches”.

But the veteran broadcaster hit back, telling him: “You should be getting round the table and you should be sorting out this mess.”

It comes as more than 50,000 members of the Rail, Maritime and Transport Workers (RMT) union walked out, bringing the national rail network to a halt. London Underground workers are also striking on Tuesday.

During the terse exchange on Sky News, Shapps also insisted that train companies will push on with “modernisation” reforms that unions are striking over.

Burley asked him: “Why aren’t you rolling up your sleeves and getting around the table with the unions this week so that we won’t have another two strikes?”

Shapps insisted the employers were the people who should be negotiating with unions, adding: “It’s always the employers and the unions who have to come to a settlement in these things.”

Burley told him: “Am I not right in saying that the government is the only shareholder in Network Rail? It belongs to the government, the government sets its funding. You are involved whether you say you are or not. You’re the transport secretary. It’s your responsibility to keep the country running. Why aren’t you rolling your sleeves up and sorting it out?”

Shapps said if he thought there was a “one in a million chance” that him being in the room would help then he would be there.

However, he said ministers walking into the room would “actually undermine the process”.

He told Burley it was a “red herring” and added: “You’re saying it because the unions and Labour have suddenly got together and said ‘why aren’t ministers in the room?’.”

He then told her: “I think what you’re asking for, is for me to go back to the sort of the bad old days of the 1970s where the then Labour prime minister Harold Wilson had beer and sandwiches with them in Downing Street and it did not work out well.”

Burley hit back: “You are the transport secretary, you represent the government. In other words, ergo you represent the travelling public and they for the rest of this week are going to be basically at a standstill, as you said, people could die as a result of these strikes.

“You need to roll your sleeves up, you need to get in that meeting room with the unions and you need to sort this out is what my viewers will be shouting at their tellies this morning.”

Shapps told her he had tried to explain “several times” that was not the way industrial disputes are resolved.

Burley replied: “OK, just because you’ve explained it to me several times Mr Shapps doesn’t mean that your point is necessarily valid.

“Your country has come to a standstill and it’s your responsibility.”

Shapps again claimed Burley wanted to take the country back to the 70s and added: “This is a stunt, which I’m afraid you’re falling for, by the unions and the Labour Party.”

The transport secretary also said new laws to allow flexible workers, such as agency staff, to cover for those on strike could be introduced within months.

He told LBC radio: “We are going to change the law to ensure there can be much more flexibility, the law which is sometimes referred to as agency is actually more about transferability.

“That sort of modernisation can be achieved, if we can’t get it by agreement with the unions, by changing the law. And we will change the law in rapid order in the next month or two to ensure that transferable skills are allowed.”

Tuesday marks the first of three national rail strikes across England, Scotland and Wales – two more are planned for Thursday and Saturday

The action, by members of the RMT union, is over pay and redundancies, with more strike dates due later this month and in July.

London Underground workers have also gone on strike in a separate dispute over pensions and job losses.

Empowered, Indifferent, Old: This Is How Men Feel About Turning 40

Prince William turns 40 this week. “Am I where I expected to be at 40?” This is probably not a question Prince William is asking himself as enters his fifth decade. But the Duke of Cambridge’s birthday has got us thinking about milestone ages, and why some of us place so much significance on certain numbers. For women, approaching ‘The Big Four O’ often means discussions of fertility and the biological clock intensify […]