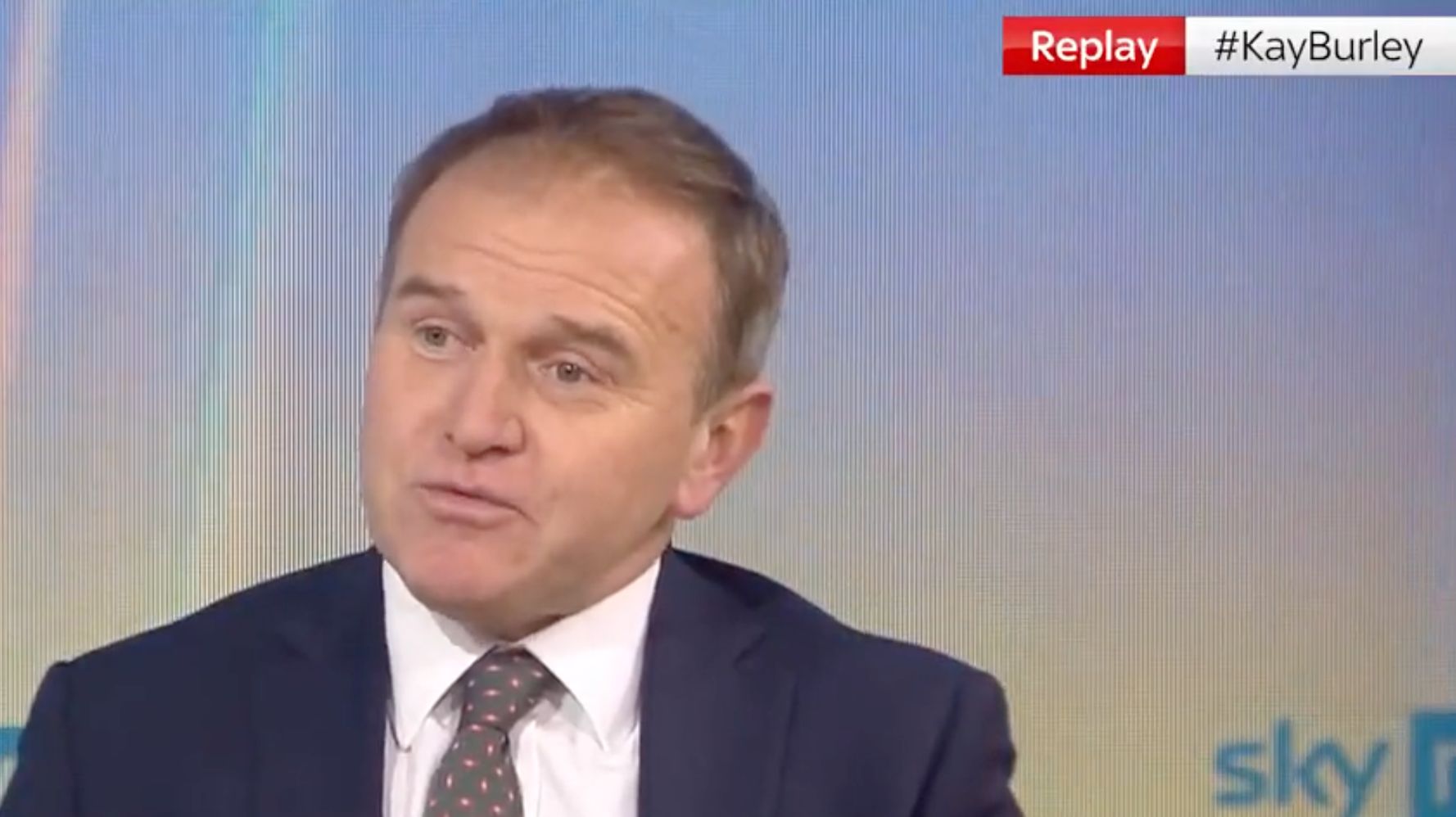 George Eustice tried to defend the government’s plans to drop elements of the Brexit deal over the Northern Ireland protocol.

The environment secretary was speaking to reporters ahead of the parliamentary vote on new legislation which would authorise ministers to scrap parts of the post-Brexit deal with the EU.

The current deal keeps Northern Ireland in the EU single market for goods to prevent a hard border with the Republic of Ireland, but means that British goods entering Northern Ireland have to go through a vigorous checking process.

This is Downing Street’s attempt to make goods travelling from Britain to Northern Ireland easier – but the legislation has been criticised for breaking international law by the EU.

The trade bloc’s ambassador to the UK even claimed that enacting any changes to the protocol would be “illegal and unrealistic”.

In response to this accusation, Eustice told Sky News: ”The reality is that we needed to do something in the space, we’ve been talking to the EU now for some time about making the provisions of the Northern Ireland protocol work effectively.”

He blamed the EU’s refusal to change its mandate and member states’ reluctance to wade in for the issue, saying: “We have to take matters into our hands.”

“You can’t have a thing which says the sale of sausages from GB to Northern Ireland is outlawed, or that seed potatoes from Scotland are not allowed to be sold in Northern Ireland. It’s nonsense, and we have to address it.”

But presenter Kay Burley replied: “If we start breaking deals, why would other countries want to do a deal with us?”

“We’re not breaking an agreement, we’re bringing clarity to how it should be interpreted,” the cabinet minister alleged.

Burley said: “Seeking clarity after the deals already done – you can’t do that.”

″No, you can, because it was always envisioned.”

The journalist hit back: “Not according to the EU, they say it was illegal, unrealistic and there’s going to be a trade war.”

“Well that’s not correct – what’s legal is what Parliament deems is legal through the legislation that it passes,” Eustice replied.

He also claimed that the EU would not go into a trade war over “banal detail”, and that it would be “a foolish thing for them to do”.

#KayBurley – The EU ambassador to the UK said that changing the protocol would be illegal & unrealistic.. is it worth it?

George Eustice – We have to take matters into our own hands

KB – The EU say there will be a trade war

The Northern Ireland protocol is heavily opposed by the nation’s largest Unionist party, the DUP, who are refusing to take their place in the devolved parliament until the issue is resolved.

The Northern Ireland Assembly is therefore not sitting at the moment, even though Sinn Fein, the Republican party which won the most seats in the May election, back the protocol.

Tensions within the nation have therefore pushed this issue to centre stage, even though the agreement for the Northern Ireland protocol was signed in 2019.

Eustice’s explanation for the government’s attempts to change the protocol were also slammed by the shadow Northern Ireland secretary Peter Kyle on Monday.

The Labour MP said: “The government is being foolish for bringing this legislation in.

“At the moment, this legislation pulls out of a commitment we signed into law, and international law, just two years ago.

“This is the deal that Boris Johnson himself put to the EU. He negotiated it, he designed it, he signed it into law. This is going to really damage Britain reputation.”

He said the items in this bill are “negotiable”, pointing out that under Tony Blair, Labour helped to negotiate a peace treaty in Northern Ireland.

“This lot under Boris Johnson can’t even get a prawn sandwich across the Irish Sea,” he said.

Lizzo performing during the 2022 BET Awards at Microsoft Theater.Bad bitch o’clock arrived right on time at the 2022 BET Awards, which kicked off with a performance by Lizzo practically bursting with joy. Dressed like a walking disco ball in a shimmering gold crop top and flares, the music superstar blessed the crowd at the award ceremony on Sunday night with an electrifying rendition of her smash single About Damn Time.Lizzo opened the […]