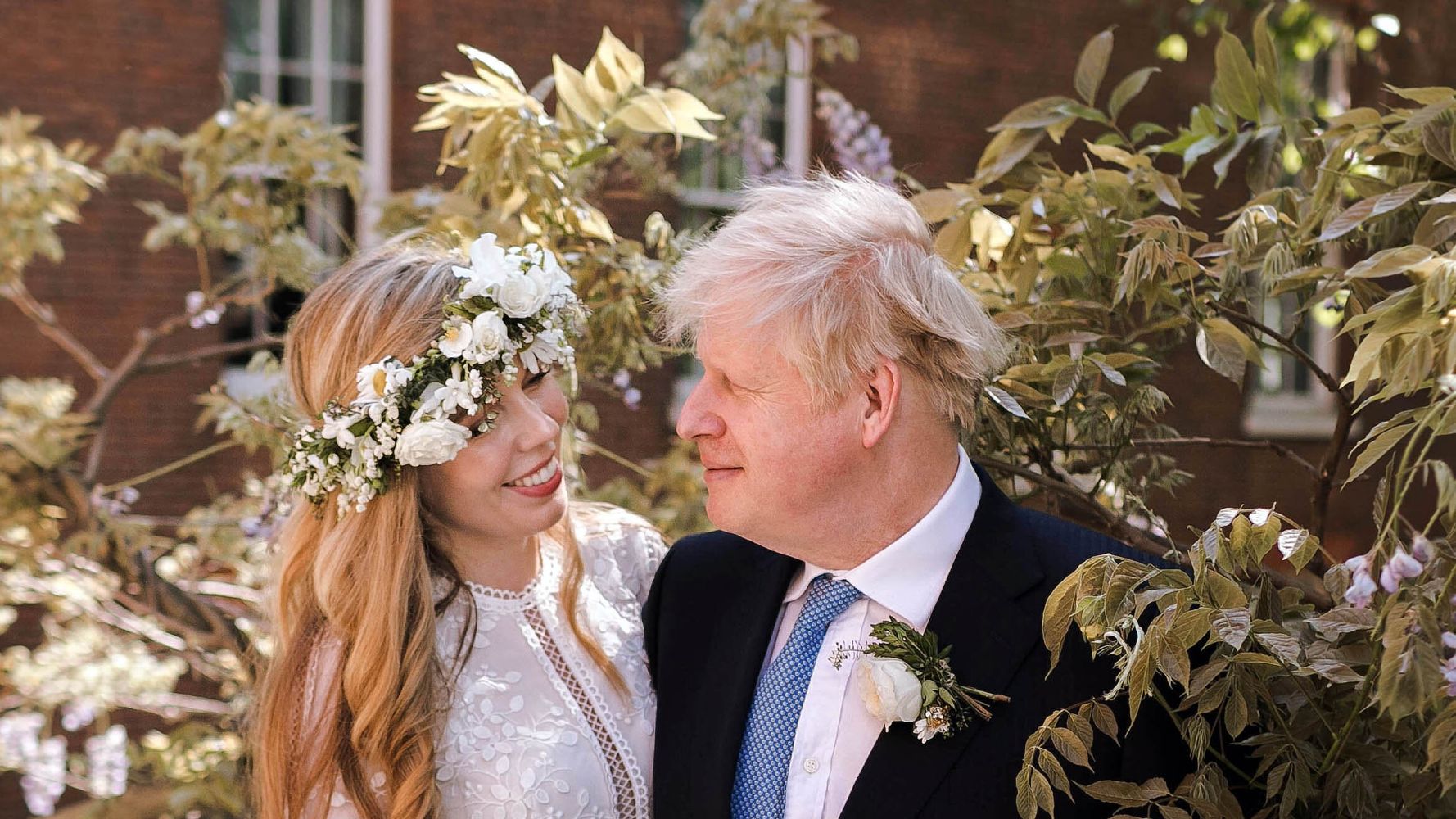 Boris and Carrie Johnson are reportedly ploughing on with plans for a wedding party at Chequers as the prime minister shifts to a caretaker role in his final days in office.

The pair married in a low-key, private ceremony at Westminster Cathedral last year.

A small group of family and friends attended the wedding, organised in strict secrecy, which was followed by a reception in the gardens of 10 Downing Street.

It was known the Johnsons planned to have a larger celebration in 2022, when coronavirus restrictions were likely to be relaxed.

They were said to have sent save-the-date cards to family and friends for the celebration on July 30.

It has now been suggested that Johnson wanted to stay on as a caretaker prime minister in part to see this through – although this claim was denied by Downing Street.

One Tory source said: “It beggars belief that even after all the criticism Johnson has faced regarding integrity and probity, one of the reasons he is staying is to have his wedding party at Chequers.

A second insider told the paper: “It’s crass if it goes ahead.”

But a spokesman for Johnson said: “The PM has a strong sense of duty and will continue to serve his country until a new leader is in place solely to continue his obligation to the public.”

It comes after the outgoing PM appeared to slip up in his resignation speech at Downing Street, thanking the “wonderful staff here at Chequers”, before quickly correcting himself to say “here at No 10”.

“And of course at Chequers,” he added.

Dorries in a cabinet meeting with Johnson and their other cabinet colleagues on Tuesday, before the government implodedBoris Johnson’s faithful ally Nadine Dorries stuck by the prime minister even as his other loyalist supporters fled.Only on Tuesday, she tweeted that she was 100% behind the prime minister, and on Wednesday she claimed Johnson had a plan to “stabilise government”.Less than 24 hours later, his premiership has all come crashing down – […]