Boris Johnson Resigns From ‘The Best Job In The World’ 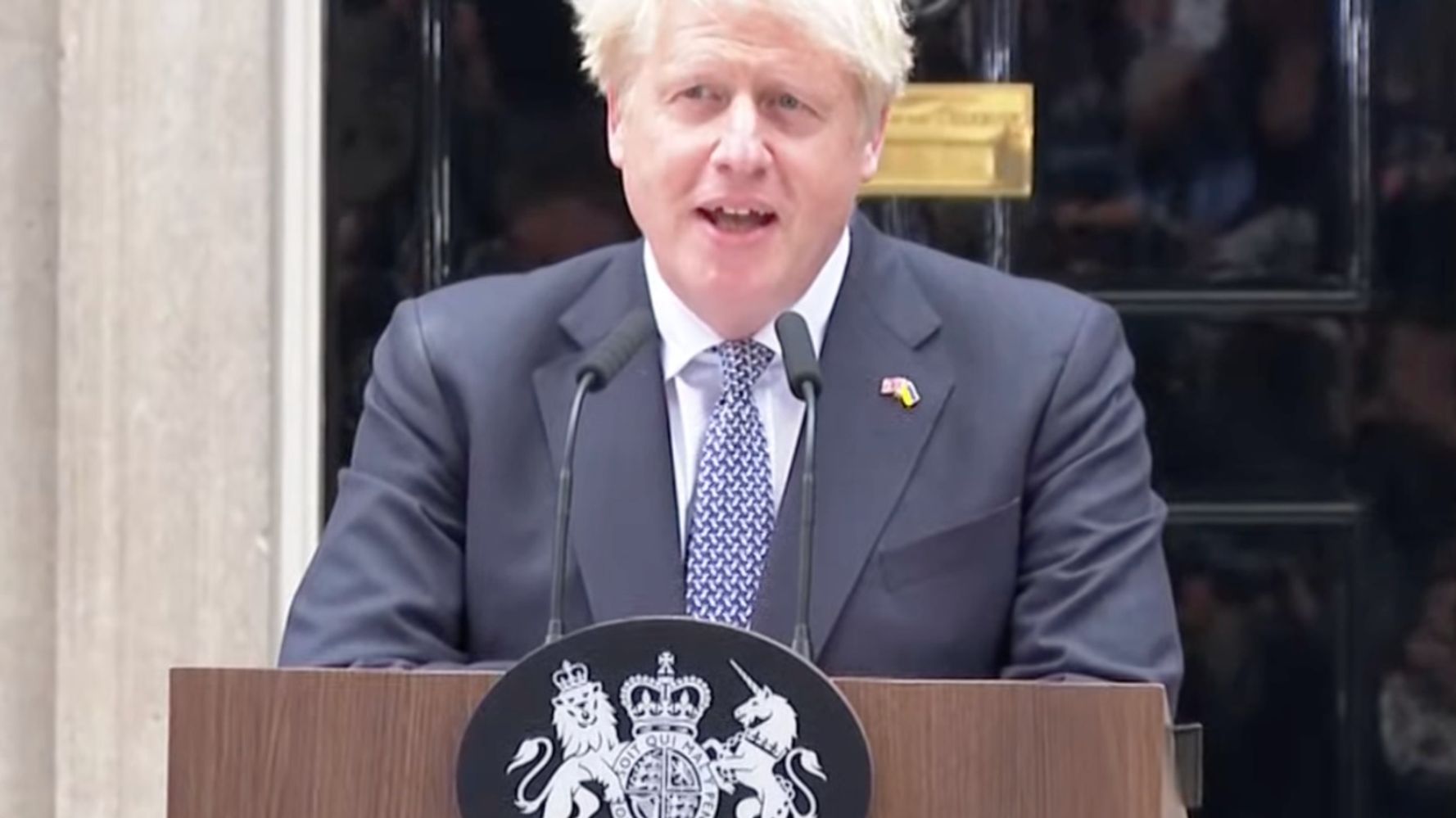 Boris Johnson said he was “giving up the best job in the world” as he announced he was resigning as prime minister.

The outgoing premier also spoke of the “pain” he felt at having been forced out by his MPs.

He said it was “clearly the will of the parliamentary Conservative Party that there should be a new leader of that party and therefore a new prime minister” and that the leadership contest to choose his successor had now begun.

Speaking directly to the British public on the steps of 10 Downing Street, he said: “I want you to know how sad I am to be giving up the best job in the world, but them’s the breaks.”

Johnson was applauded by around 30 supportive MPs, as well as his wife Carrie and Downing Street aides as he made his way from the front door of No. 10 to the lectern in the street outside.

In an at-times graceless speech, Johnson made clear his anger at being dumped by his own party less than three years after winning an 80-seat majority.

He said: “In the last few days, I tried to persuade my colleagues that it would be eccentric to change governments when we’re delivering so much and when we have such a vast mandate and when we’re actually only a handful of points behind in the polls, even in mid-term after quite a few months of pretty relentless sledging and when the economic scene is so difficult domestically and internationally.

“I regret not to have been successful in those arguments and of course it’s painful not to be able to see through so many ideas and projects myself.

“But as we’ve seen, at Westminster the herd instinct is powerful, when the herd moves, it moves.

“And my friends in politics, no one is remotely indispensable and our brilliant and Darwinian system will produce another leader, equally committed to taking this country forward through tough times.”

He added: “I want to say to the millions of people who voted for us in 2019, many of them voting Conservative for the first time, thank you for that incredible mandate, the biggest Conservative majority since 1987, the biggest share of the vote since 1979.

“And the reason I have fought so hard in the last few days to continue to deliver that mandate in person was not just because I wanted to do so, but because I felt it was my job, my duty, my obligation to you to continue to do what we promised in 2019.

“And of course, I’m immensely proud of the achievements of this government.”

The PM went on: “I know that even if things can seem dark now, our future together is golden.”

The prime minister also confirmed he plans to stay in office until a new leader is elected, which may not be until the autumn.

“If he stays we will be mired in further scandal and sleaze allegations throughout the summer, which will distract from government and the leadership election.

“It’s all about Boris Johnson – it’s not about the the party or the country. He’s not fit to remain in office a moment longer.”

Chris Philp tries to soldier on with his interview despite the distractionA chaotic morning in the world of politics took an even more surreal turn on Thursday, when the Benny Hill theme tune began blaring outside the Houses of Parliament.Following the news that Boris Johnson is set to resign as prime minister, which came after the resignation of almost 60 members of his cabinet, MP Chris Philp attempted to speak […]