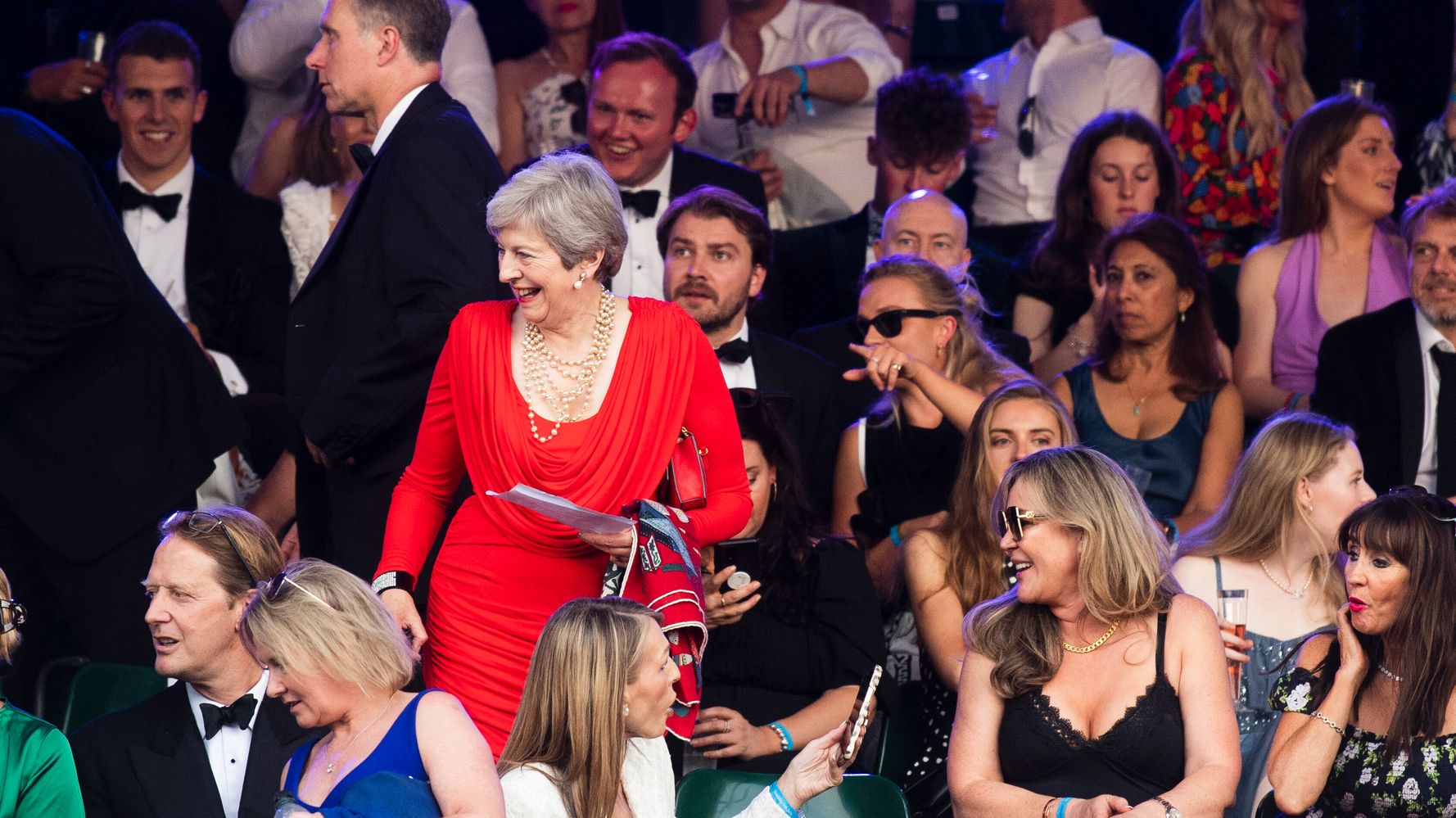 Theresa May had a dig at Boris Johnson as her successor in Downing Street exited – then went on to live what appeared to be her best life.

The ex-prime minister, who was forced out by her party in 2019, was pictured on Thursday stepping out at the Henley Festival in Oxfordshire alongside her husband, Philip.

She was spotted there after the former Tory leader made a speech in London – just as Johnson announced his resignation in Downing Street.

May’s fondness for dance was underlined when, as her leadership faced huge pressure in 2018, she came on stage at the Tory party conference jigging away to ABBA’s Dancing Queen.

And she’s been at it again.

Vincent McAviney, ITV news presenter, was at the Henley event as well and tweeted a video of May “throwing some shapes to actual Craig David”.

Former Labour MP Jim Murphy was there too, and also caught the ex-PM busting some moves.

In a tweet he later deleted, Murphy shared a video of May dancing and wrote, “We all have different ways to celebrate Boris Johnson’s demise.”

Earlier, May said whoever succeeds Johnson needs to “unite the country and unite the party”.

After her lecture, she was asked what she would want to see in a new prime minister and said: “I would want see somebody who wants to concentrate on healing division, who wants to unite the country and unite the party.

“This is so important going forward.

“I am concerned when I look at some other countries and the polarisation of politics in the United States, for example.

“I think that we need to ensure that we avoid going down that very polarised route of politics and society.”

May said: “The key task of somebody coming in as prime minister is going to be dealing with the current situation with the cost-of-living crisis.

“There are some difficult messages for people there.

“I think it’s important that somebody comes in who is willing to be honest with people about what the issues are and what the potential solutions are, and how we might get to there and the difficulties there will be on the way.”

May was answering questions after delivering the James Brokenshire lecture on “public service and restoring faith in politics” at the Institute of Government.

Boris Johnson and Carrie Johnson in the garden of 10 Downing Street after their wedding in May last year.Boris and Carrie Johnson are reportedly ploughing on with plans for a wedding party at Chequers as the prime minister shifts to a caretaker role in his final days in office.The pair married in a low-key, private ceremony at Westminster Cathedral last year.A small group of family and friends attended the wedding, […]