‘Leave Means Leave’: Can Boris Johnson Really Cling On As PM Until Autumn? 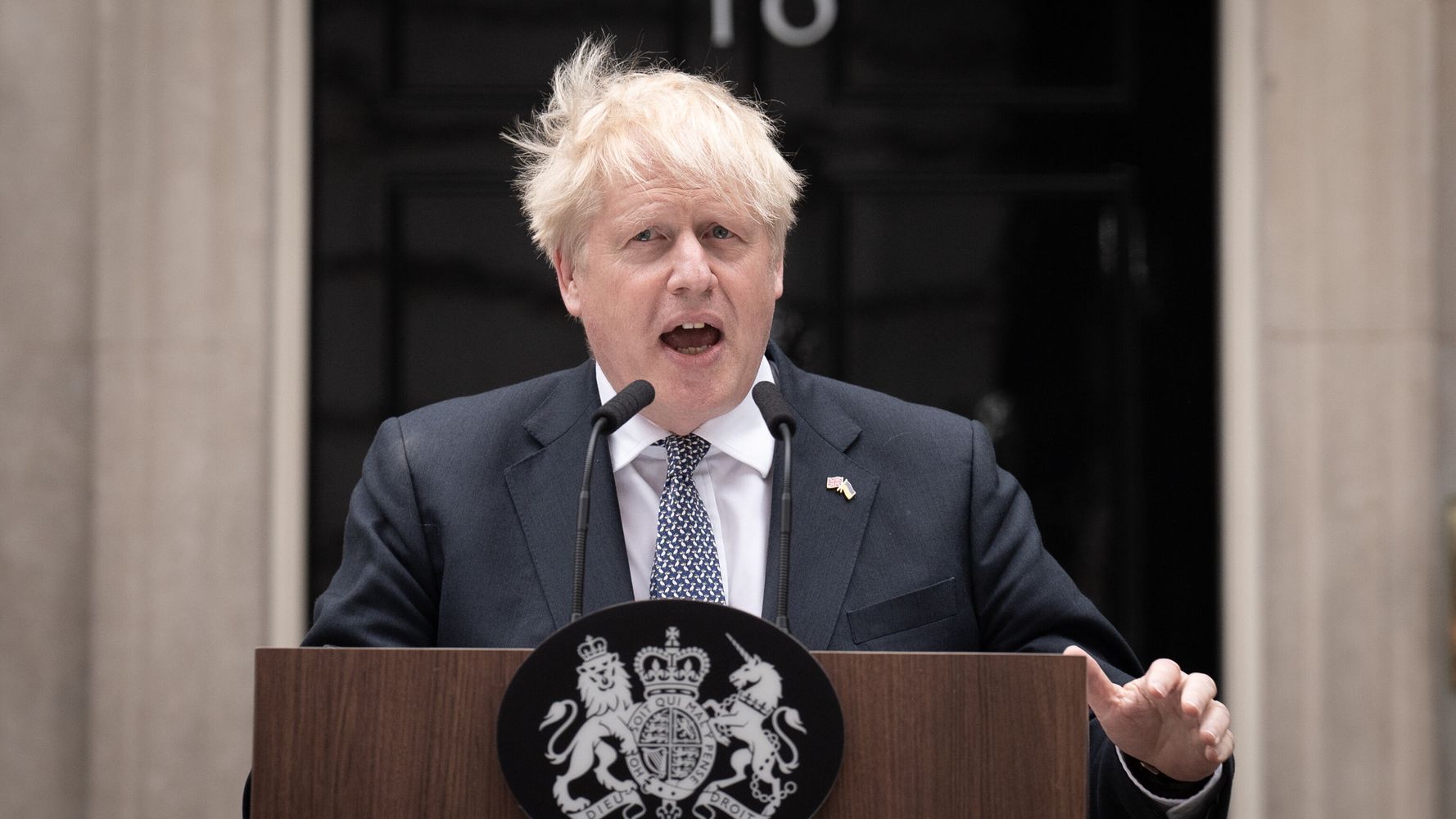 “Leave means leave” was a popular slogan among hardcore Brexiteers as Theresa May’s government struggled to deliver the result of the 2016 EU referendum.

How ironic, therefore, that the phrase is now being used among Tory MPs who wish to see the back of Boris Johnson – the man who did more than most to take the UK out of the EU – straight away.

Johnson may well have agreed to quit Number 10 – although he conspicuously failed to say the word “resign” in his Downing Street speech on Thursday – but he has no plans to call in the removal vans just yet.

Instead, the prime minister plans to stay in place until his successor is elected, a process that could potentially take until October.

Unsurprisingly, given the acrimonious circumstances surrounding his departure, that has gone down badly with the Tory MPs who forced him out.

Some have called for the PM to go immediately and for Dominic Raab, his deputy, to be installed until a new Tory leader is chosen.

One of Johnson’s most vocal critics, Andrew Bridgen, told HuffPost UK: “He’s lost the confidence of the party and he’s lost legitimacy to stay in office – leave means leave.

“If he stays we will be mired in further scandal and sleaze allegations throughout the summer, which will distract from government and the leadership election.

“It’s all about Boris Johnson – it’s not about the the party or the country. He’s not fit to remain in office a moment longer.”

Former Tory PM Sir John Major agreed, insisting that the idea of Johnson staying on in a caretaker capacity until his replacement is confirmed is nonsensical.

“The proposal for the prime minister to remain in office – for up to three months – having lost the support of his Cabinet, his government and his parliamentary party is unwise, and may be unsustainable,” he said.

On Monday, the 1922 Committee of backbench Tory MPs will meet to elect a new executive, which will then decide on the leadership contest timetable.

The lengthy list of candidates is expected to be whittled down to the final two by the time MPs leave for the summer recess, and that pair will then tour the country for a series of hustings in front of party members.

The most optimistic scenario is that the contest is all over by the end of August, but it is more likely to leak into September or – at the latest – October.

In the meantime, the government is in limbo, with Johnson having already pledged that no new policies will be announced in case it makes life difficult for the next resident of Number 10.

Just filling the vacancies caused by the dozens of ministerial resignations which forced Johnson out will be difficult enough.

Surveying some of the unlikely MPs now being thrust into high office, one Tory insider said: “It’s not so much a government, more a cry for help.”

Plans to hold regular press conferences on what the government is doing to tackle the cost of living crisis have been axed, while Downing Street have all-but ruled out any more emergency measures to bring down bills until the new PM is in place.

And despite the calls from his own MPs to go straight away, Johnson’s spokesman was clear that his boss is going nowhere.

“The prime minister is acting in line with convention,” he said. “He remains prime minister until a new party leader is in place and the work of government will continue.”

There is one other way of way of removing Johnson from office straight away, but it is very much the nuclear option.

Labour say that unless the 1922 committee act to evict the PM from No. 10 next week, they will table a motion of no confidence in the government.

Were that to be passed by the Commons, Johnson would be ousted and someone else – perhaps Dominic Raab – would have the task of forming a government which commands the confidence of the House of Commons.

If he failed to do so, then a general election would need to be held.

A Labour spokesperson said: “We can’t allow a discredited, lying, damaging prime minister to stay in office over the summer, when, thanks to his government ,Britain is stuck.

“Nothing will get done, and the public deserve better. If the Tories don’t act on Monday to reject this preposterous proposal, then in the national interest, Labour will.”

The likelihood of Tory MPs voting to bring down their own government at Labour’s behest is remote, however.

“We’d lose the party whip and then not be able to vote in the leadership election,” one MP observed.

But Labour feel they are in a win-win situation, and plan to make things uncomfortable for all those MPs who vote to keep Johnson in power, albeit only for a few more weeks.

“It will put the squeeze on backbench Tories to either vote for him, and be hypocrites, or back Labour, admitting we were right,” said one Labour source.

“Do all those Tory leadership candidates really want to be answering that question next week? They know he needs to go.”

Regardless of what happens, we now know for certain that we are in the final act of Boris Johnson’s three years as prime minister.

Fittingly, it is ending on a rancorous note.

The new education minster has been criticised after appearing to give the middle finger to protesters while entering Downing Street.Andrea Jenkyns was filmed making the gesture with her hand as she walked through the black gates on Thursday.Jenkyns was appointed to the role of parliamentary under-secretary of state at the department for education on Friday in a reshuffle by prime minister Boris Johnson.The footage, shared on social media on Thursday […]