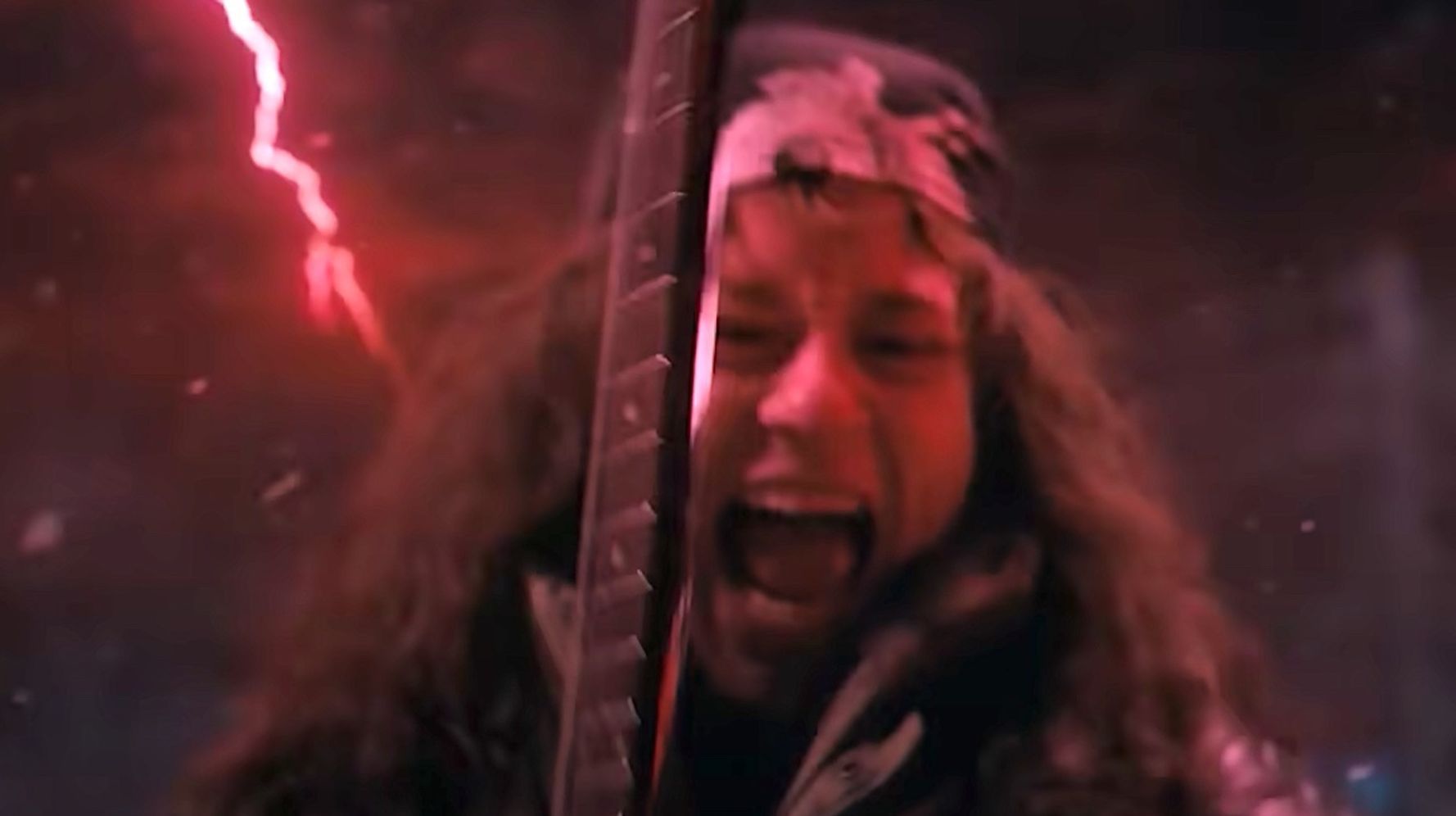 Warning: This article contains major spoilers for the fourth season of Stranger Things.

The metalhead character was introduced in season four, but didn’t exactly get justice on the show, given that he’s falsely considered a murderer by the community he died trying to save.

However, the band behind …And Justice for All has now stepped in with some high honours.

In a post on social media, Metallica ― wearing Eddie’s signature Hellfire Club T-shirts ― played along with the instantly-iconic Master Of Puppets scene from the season finale.

“Eddie… this is for you!” the band wrote ― a reference to Eddie’s line at the start of the song:

The Twitter feed for the writers of Stranger Things also shared a clip of Joseph Quinn rehearsing for the big moment:

Metallica also posted a clip of Master Of Puppets from Prague last month on YouTube.

“Heard any cool songs lately?” the band wrote in an Instagram clip from the video:

Lorraine Kelly on the set of LorraineLorraine Kelly was noticeably absent at the helm of her daytime show on Monday, after recently testing positive for Covid.Instead, Carol Vorderman stepped in to front ITV’s Lorraine in the coming days while the show’s usual host recuperates.On Monday morning, Lorraine shared that she’d tested positive over the weekend, tweeting: “Well the Covid has finally got me… thanks to the vaccine it’s not too […]