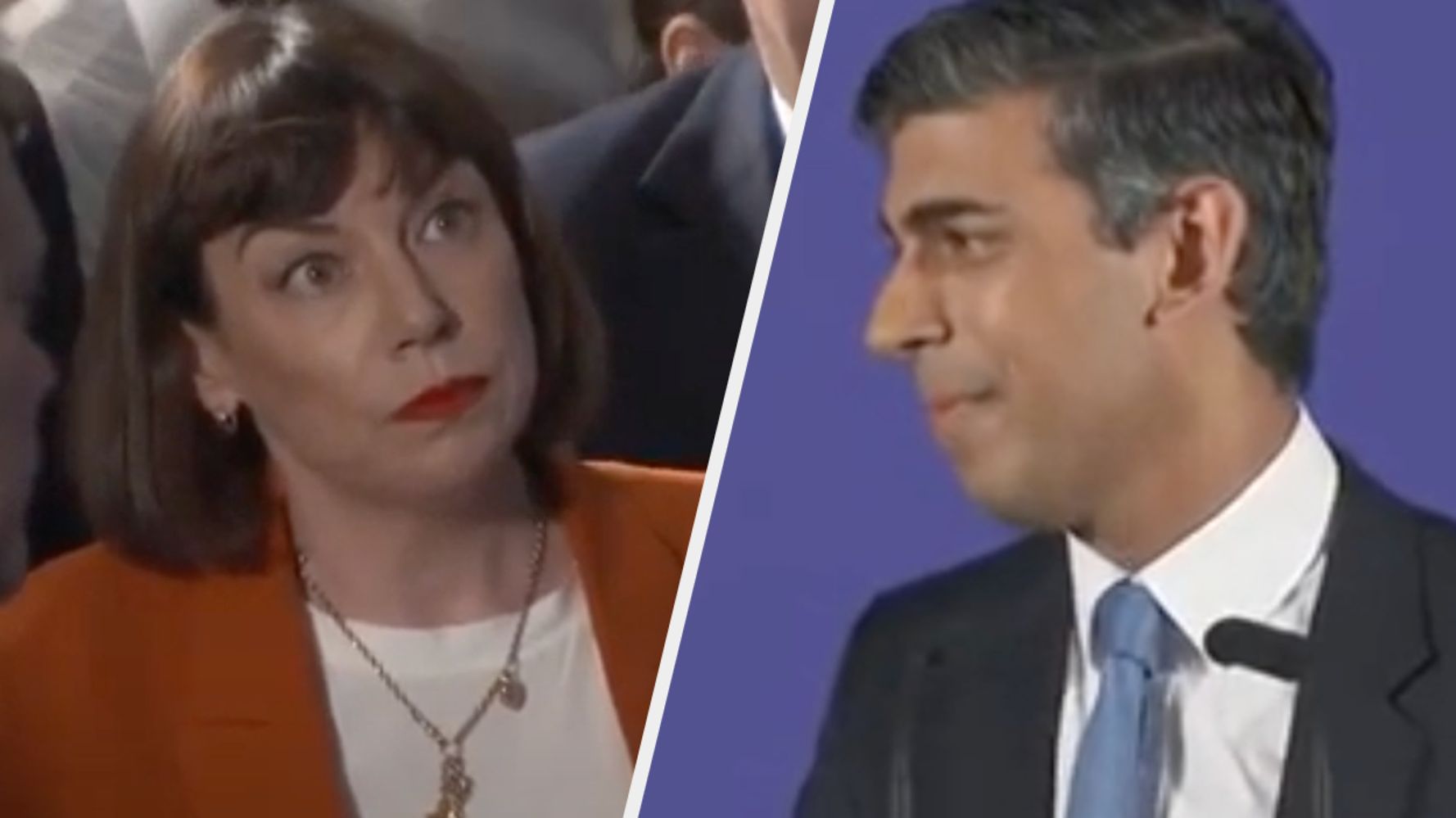 Beth Rigby was heckled by Rishi Sunak’s supporters during the Tory MP’s leadership launch on Tuesday.

Sunak, one of the frontrunners in the race to become Tory leader and therefore prime minister, resigned as Boris Johnson’s chancellor last week, helping to set off an exodus of Conservative MPs.

Still, Sunak was keen to point out during his leadership launch that the outgoing prime minister was still a “remarkable person” and that history should not “demonise him” for the controversies he caused.

Rigby, Sky News’ political editor, was at the front of the crowds when she picked up on these claims.

She pointed out that Sunak’s own image was not squeaky clean – especially as he was fined for attending the same lockdown event at Johnson.

Rigby said: ″I have to put it to you that you have a police fine over partygate, and there have been questions too over your very wealthy family avoiding paying millions of pounds in tax due to your wife being a non-dom taxpayer.”

Sunak’s wife, multi-millionaire Akshata Murty, agreed to renounce her non-dom status, which allowed her to dodge paying UK fines on any overseas income, earlier this year.

Rigby continued: “I know that arrangement has now changed, but that was until very recently.

“And I have to say you’re an utterly corrosive figure in the parliamentary party – for a big chunk of it.”

At this, there was a wave of booing from the crowd, while Sunak laughed awkwardly.

Other voices can be heard in the background of the recording as Rigby tried to press on, although Sunak did try to quieten down those trying to speak over the journalist by saying: ”It’s fine, don’t worry.”

“I’m sorry, but there are many in the party that do not want you to be prime minister, you know that, so I put it to you that you’re not a clean [start],” Rigby said.

The recording then cut off at this point, meaning the rest of her question could not be heard.

Sunak’s reply was clear: “Beth, look, thank you for the question and I think it’s important that whoever wins this election does restore trust, because trust has been broken.

“We need to rebuild all of that with the rest of the country and that’s why it’s something that I’m keen to do as leader, and I think I can do that.

“And it’s about the conduct of government, you can expect that’s the kind of leadership I’ll provide.”

Addressing her claim about his place in the parliamentary party, he said, “you can see who is here” and that he had support from across the Conservatives.

Rigby then tried to ask another question, but her microphone seemed to be struggling again. Her words were also drowned out by the sound of applause from Sunak’s supporters.

Eventually, her voice returned to the sound system. She pointed out: ″Some of the issues around your green card, your wife’s non-dom tax status, these are going to be issues that Labour are going to be able to use against the Conservatives in the next election, about character of the next prime minister. They’re problems in your closet.”

But Sunak described these issues as out in the public sphere and resolved, having been investigated by then-ethics adviser Lord Geidt, before moving onto the next question.

Home secretary Priti Patel has decided not to join the Conservative Party leadership race.In a statement on Tuesday afternoon, the senior cabinet minister said she was “grateful” for the encouragement she had been given to stand.But said she would “not be putting my name forward for the ballot of MPs”.Patel, a leading Brexiteer who would have hoped to secure support from the right of the party, did not say who […]