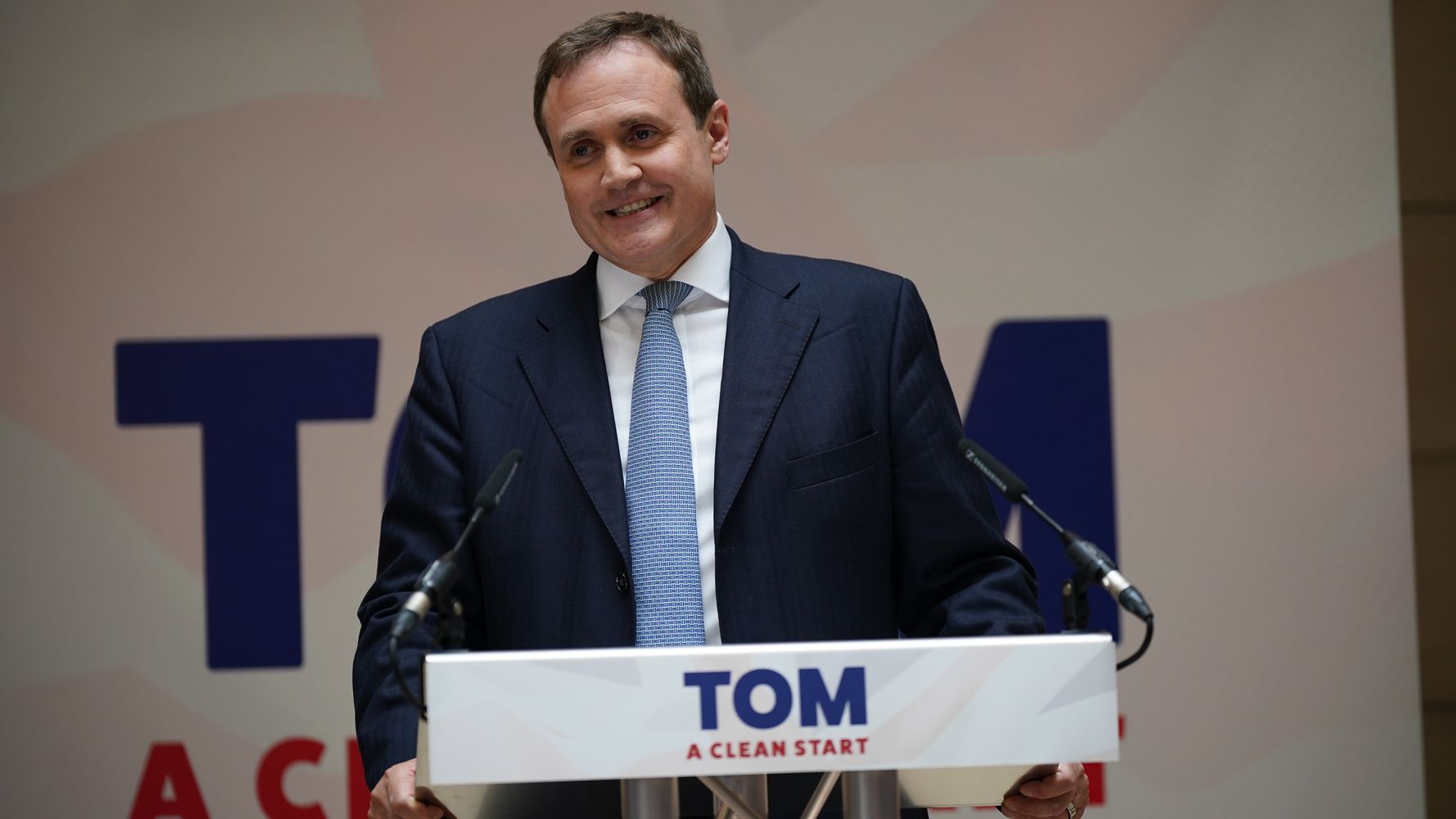 Tory leadership hopeful Tom Tugendhat has promised to slash fuel duty by 10p a litre to ease the cost of cost of living crisis.

Tugendhat also insisted his leadership bid to replace Boris Johnson was serious and not part of a “negotiating strategy” to earn a place in Cabinet.

Speaking to supporters at his launch event in Westminster, Tugendhat said he would enact the fuel duty cut because he knew the “pain families are feeling now”.

“I am here to make the case that our economy can only prosper if we believe that people — and not Westminster — know best how to spend their money,” he said.

Tugendhat also confirmed he would scrap the 1.25 percentage point increase in national insurance, saying: “This isn’t about percentages. It’s about jobs.

“That’s why I didn’t vote for the increase then, and I wouldn’t now.”

Tugendhat, the chair of the foreign affairs select committee, was the second candidate to throw his hat in the Tory leadership race following Johnson’s dramatic resignation last week.

His rivals have hit out at his lack of ministerial experience, with deputy prime minister Dominic Raab saying there was “no time to learn on the job”.

But Tugendhat, a former solider who served in Iraq and Afghanistan, has said he believes he has the “real world experience” to lead the country.

Asked if he was running “to be foreign secretary in someone else’s government”, he said: “I did not enter this race for any other purpose than to champion the values I stand on, and to lead the country that I love.

He also said the candidates who made the final two should be prepared to go the distance.

“The Conservative Party is going to need an election after this to hold our party together,” he said.

“There is no way that anyone who makes it to the last two should either offer or accept a compromise that goes behind the back of Conservative Party members.”

In a speech that played heavily on his military background, Tugendhat said his leadership represented a “clean start” and a “return to service”.

In a swipe at Johnson’s premiership, he said: “In a moment that is so desperate for so many — and when our service is most needed — we have retreated.

“We have retreated into the pettiness of a politics that is more about personality than principle.

“We have retreated into division when we desperately need unity. When our nation needed our party to function, we retreated into faction. When the moment demanded service, we delivered scandal.”

Tugendhat said he had a “plan and I will deliver it” that included tackling the NHS backlog, A&E waiting times and levelling up the economy.

Despite voting for Remain in the EU referendum, he said he wanted to “seize the opportunities” of Brexit that had not been grasped.

On the NHS, he said he would bring together experts from within the organisation and from the military, the private sector and voluntary sector to “bust through” the backlog, channelling the success of the vaccine taskforce during the pandemic.

He also pledged to bring in a binding A&E and referrals target, saying the four-hour A&E pledge had not been met since 2015 and that people “deserve better”.

The leadership hopeful also said he would create new institutes of technology in every major town and city of the UK.

Meanwhile, he said he would reform EU solvency regulations that he said “forced British insurers to sit on dead money that they are not allowed to invest”.

So far Tugendhat has amassed the support of 20 MPs, including international trade secretary Anne-Marie Trevelyan and chair of the northern research group, Jake Berry.

Leadership rules agreed on Monday state that candidates will require the support of 20 MPs to get on the first ballot, which takes place on Wednesday.

Any candidate that then fails to get 30 votes will be eliminated.

Another ballot will take place on Thursday with further votes potentially held next week until only two candidates remain.

They will go before a postal ballot of party members who will select their chosen candidate — and future prime minister — on September 5.

Jacques O'NeilLove Island contestant Jacques O’Neill has left the show, ITV bosses have confirmed.On Tuesday afternoon, a spokesperson for the ITV2 reality show confirmed: “Jacques has made the decision to leave the villa. He will explain his reasons to the Islanders during tonight’s episode.”The Love Island rep added: “We fully support his decision and look forward to seeing what’s next for Jacques.”Jacques entered the villa as a late arrival early […]