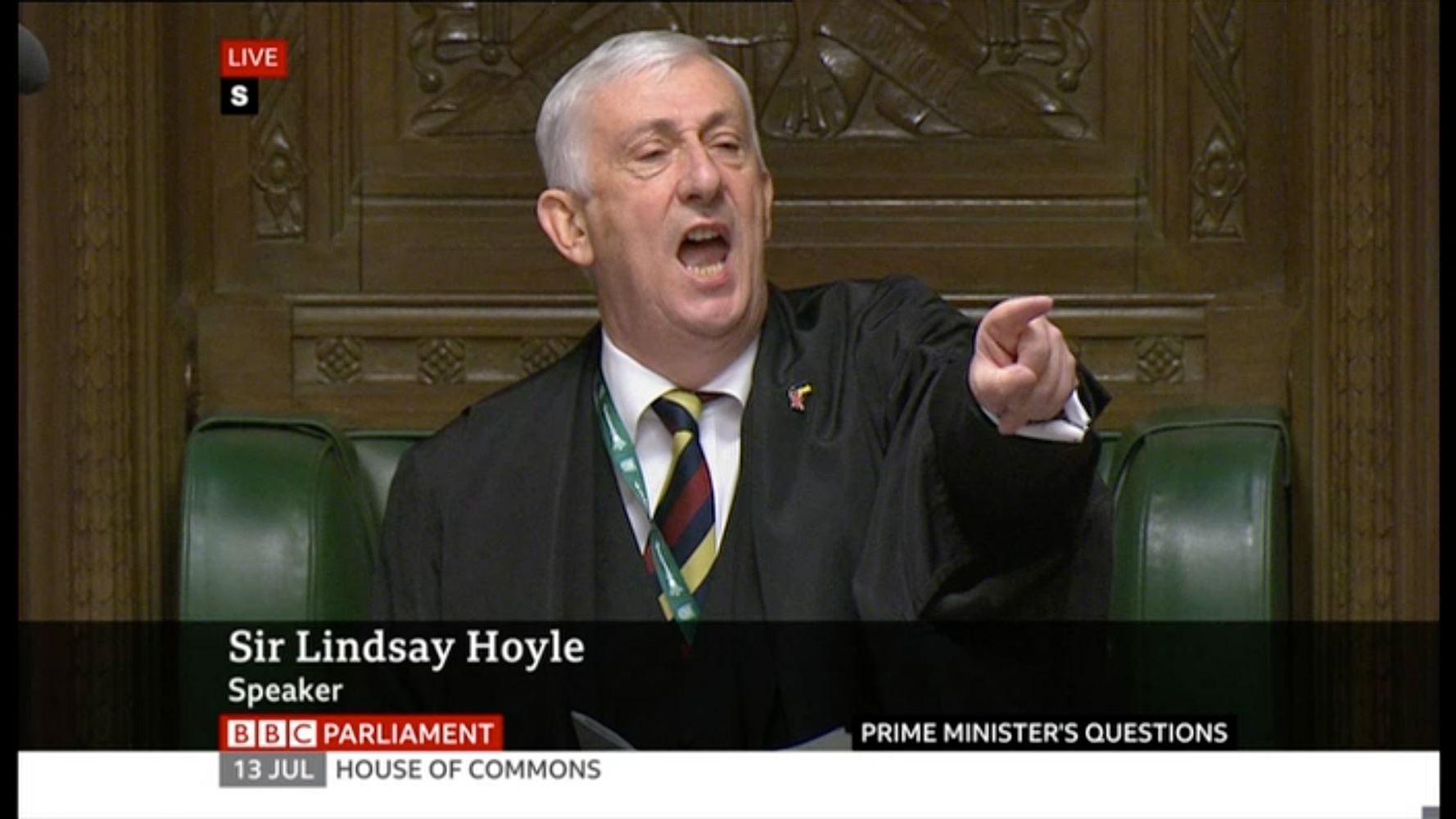 Lindsay Hoyle threw two MPs out of the House of Commons after they refused to stop shouting at Boris Johnson.

The furious Commons Speaker repeatedly shouted “Order!” in an attempt to make the pair be quiet.

East Lothian MP MacAskill could be heard trying to raise a point of order and appeared to say “we need a referendum on the prime minister” before he was drowned out by other MPs.

He then refused to sit down and continued to speak, prompting Hoyle to issue a number of stern warnings.

Hanvey, the MP for Kirkcaldy and Cowdenbeath, then rose to his feet and was drowned out by Tory MPs before he was subsequently told to leave the chamber.

“I will not tolerate such behaviour,” Hoyle shouted. “If you want to go out, go out now— but if you stand again I will order you out.

“Make your mind up: either shut up or get out!”

After they refused to stop, Hoyle then “named” them and ordered Commons security staff to remove them.

MacAskill told STV news following the episode that his expulsion was a “democratic outrage”.

“We have a mandate for a referendum in Scotland and this is a prime minister who has distorted parliamentary democracy, who is denying Scotland its legitimate right to a referendum and at the same time…Scotland is an energy-rich country and over half of people are going to be facing fuel poverty.

These Amazon Prime Deals are all a complete steal!We hope you love the products we recommend! All of them were independently selected by our editors. Just so you know, HuffPost UK may collect a share of sales or other compensation from the links on this page if you decide to shop from them. Oh, and FYI — prices are accurate and items in stock as of time of publication.Amazon Prime […]