Nurses Given £1,400 Pay Rise But Unions Warn Below Inflation Offer Could Lead To Strikes 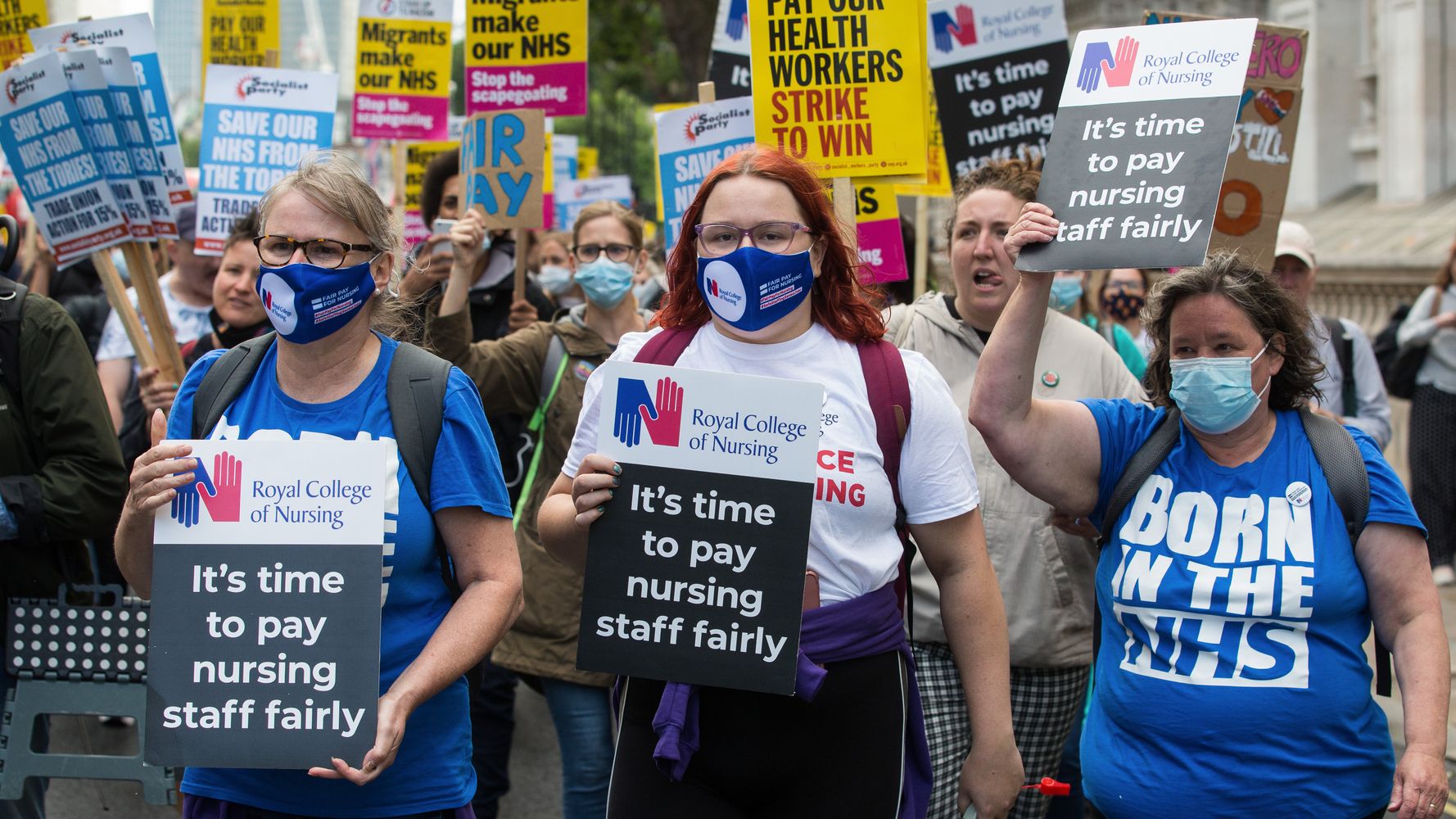 Nurses are set to get a pay rise of at least £1,400 the government announced on Tuesday, but it has been dismissed as a “big mistake” by unions as for many NHS staff it would be a real-terms cut.

Ministers have accepted the recommendation of the NHS pay review body which had been tasked with coming up with the offer.

Overall more than one million NHS staff, including nurses, paramedics and midwives, will get a pay rise of at least £1,400.

The lowest earners will receive an up to 9.3% pay rise, with eligible dentists and doctors will receiving 4.5%.

But Christina McAnea, the general secretary of the Unison union, warned the below inflation pay rise could lead to strike action.

“Th​e government has made a big mistake. ​This short-sighted decision risks harming the UK’s most cherished institution ​beyond repair,” she saiid.

“This award is barely half the lowest level of inflation. The price surge shows no sign of easing and hikes to energy bills will wipe out the rise for almost everyone.”

She added: “Rather than save the NHS with proper investment in staff and services, those vying to be the next prime minister want to keep back the cash for pre-election tax cuts.

“Fed-up staff might well now decide to take the matter into their own hands. If there is to be a dispute in the NHS, ministers will have no one to blame but themselves.”

Laurence Turner, the GMB union’s head of research and policy, said the below inflation offer was “a cut by another name”.

“Real NHS wages have fallen by 15% since 2010 and workers are risking their lives to protect patients. Key workers have been driven to loans and food banks to make ends meet – they deserve so much better than this,” she said.

“GMB will now ballot our members on the offer, but there should be no doubt – everyone has their breaking point, and without a fundamental change we will not be able to deliver the public services that the country needs.”

Video grab taken from Sky News of a blaze in the village of Wennington, east London.More than 100 fire engines have been sent to blazes across London as a major incident was declared amid the 40C heat.London Fire Brigade said there had been “a huge surge” in fires across the capital, with London mayor Sadiq Khan saying the service is under “immense pressure” during the historic heatwave. One of the most […]